Curious Kids: Where are all the other galaxies hidden?

Curious Kids: Where are all the other galaxies hidden?

Some galaxies are so far away they would take thousands of millions of years to reach. They are hiding a very long way away. 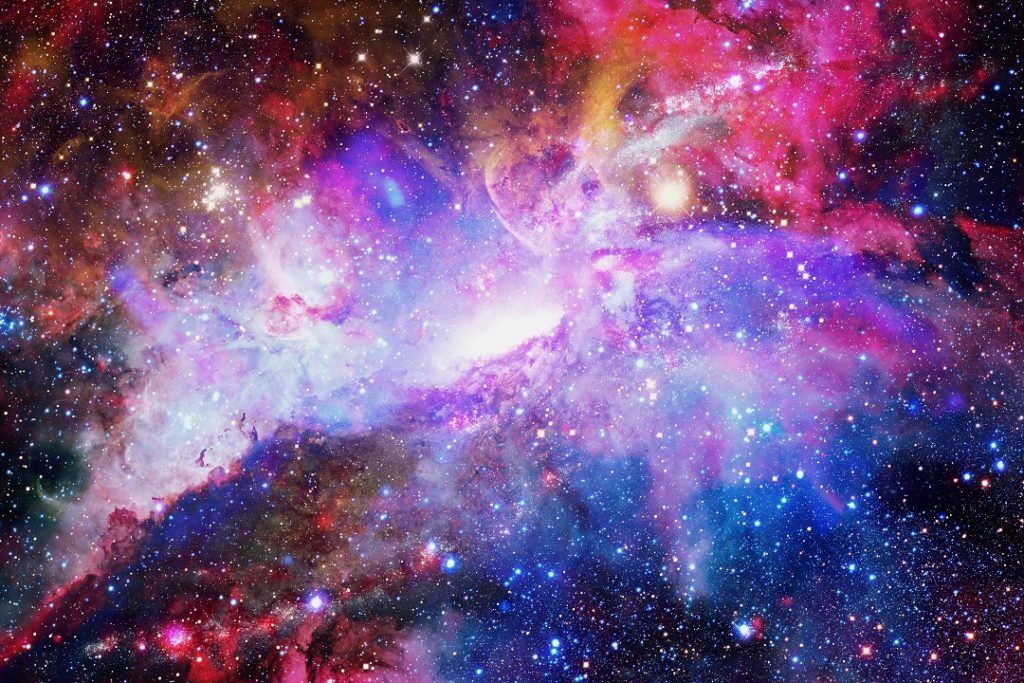 The other galaxies are there, but they are hiding a very long way away. Shutterstock

This is an article from Curious Kids, a series for children. The Conversation is asking kids to send in questions they’d like an expert to answer. All questions are welcome – serious, weird or wacky! You might also like the podcast Imagine This, a co-production between ABC KIDS listen and The Conversation, based on Curious Kids.

Thanks for sending in your question.

Almost everything in our universe is high above the clouds, even higher than an aeroplane. If you keep going up, up, up… you get to outer space. There is a lot of empty space up there, as well as some fascinating things like planets, stars and beautiful clouds of gas.

Imagine that you could launch yourself on a very fast spaceship — travelling as fast as lightning — the first place you would reach would be the planets in our solar system: Mercury, Venus, Mars, Jupiter, Saturn, Uranus and Neptune. At that speed, you could travel to the planets in a few minutes. Which would you visit first?

If you went even further, travelling for almost five years on your spaceship you would reach the nearest stars. Many of these stars live in twos or threes, and have their very own planets too. We don’t know whether there are any animals, plants, birds or fish on these planets, or perhaps creatures that we don’t have here on Earth. Maybe that’s a mission for astronaut Sasha. Can you imagine what life on other planets might be like?

If you zoom even further on your spaceship, travelling for thousands of years, you will start to see that we live in a huge spiral galaxy containing two hundred billion stars. It’s called the Milky Way and you can see it glowing in the night sky as a band of light. Have you ever seen the Milky Way? 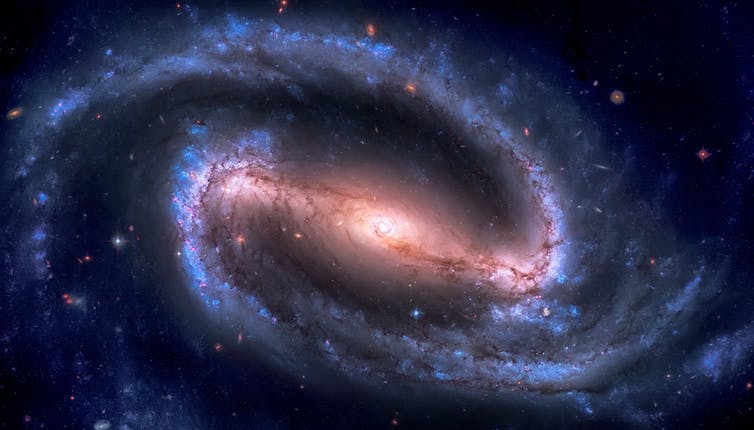 An artist’s impression of the Milky Way galaxy, which is where you find our solar system. Shutterstock

So to answer your question Sasha, the other galaxies are there, but they are hiding a very long way away. That’s why we can’t easily see them when we look up at the night sky. Luckily, we don’t have to fly in a spaceship for millions of years to find other galaxies. Scientists like me, astronomers who study space, can use huge telescopes to study the light coming from galaxies and see what they are up to.

Galaxies are fascinating. Like people, some are young and others are old. Some galaxies are made up of hot stars that have only recently been born, like baby stars. Other galaxies are colder and contain mostly older stars. Galaxies can be active too. As gravity pulls them towards one another, they can merge together and collide. This will eventually happen to the Milky Way, which will collide with the Andromeda galaxy in about four billion years’ time. When that happens, the Sun will keep shining but our night sky will look very different.

I hope you will keep looking up at the stars, astronaut Sasha. It’s a fascinating place out there. Let me know if you find life on those planets!

Previous post:
Cyanide-free gold… I’ll have a bar of that.
Coming up next:
Local communities need more reassurance about the legacy left by coal seam gas wells