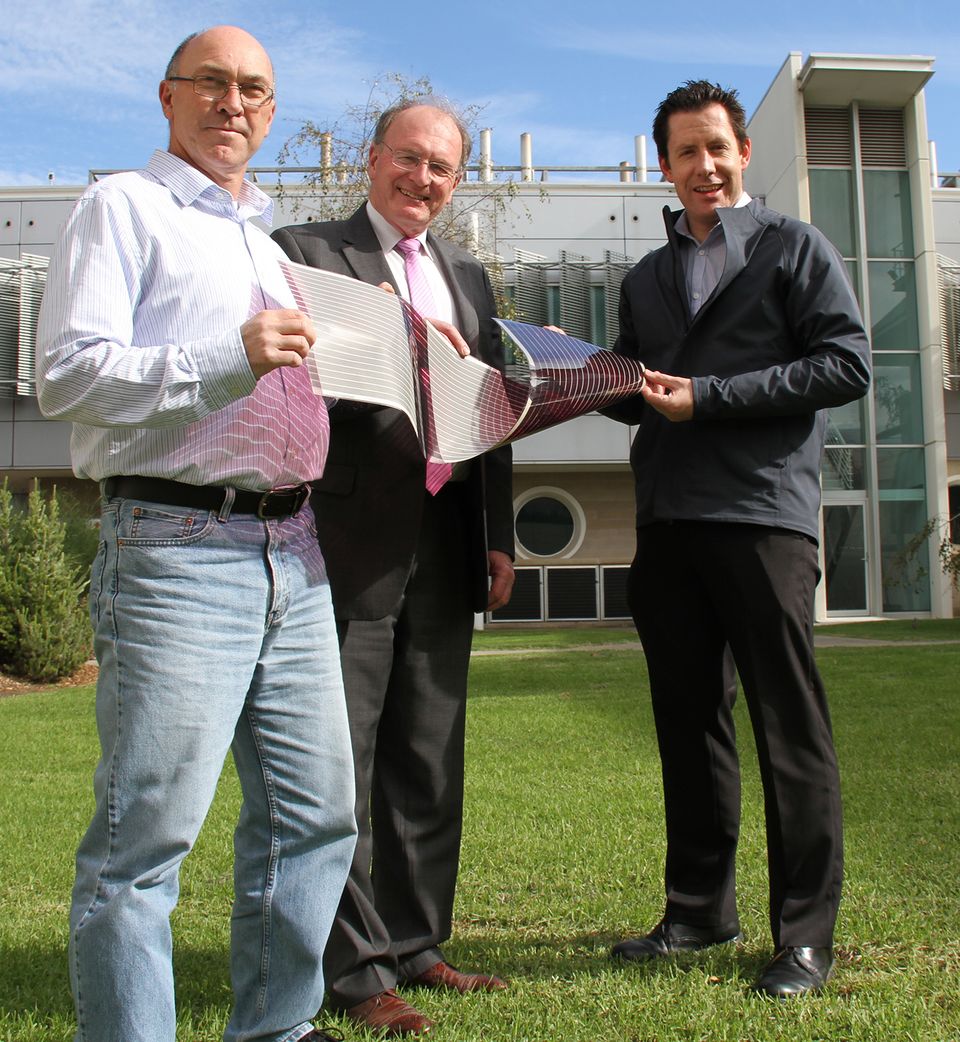 Scientists have produced the largest flexible, plastic solar cells in Australia – 10 times the size of what they were previously able to – thanks to a new solar cell printer that has been installed at CSIRO.

The printer has allowed researchers from the Victorian Organic Solar Cell Consortium to print organic photovoltaic cells the size of an A3 sheet of paper.

According to materials scientist Dr Scott Watkins, printing cells on such a large scale opens up a huge range of possibilities for pilot applications.

“There are so many things we can do with cells this size,” he says. “We can set them into advertising signage, powering lights and other interactive elements. We can even embed them into laptop cases to provide backup power for the machine inside.”

Using semiconducting inks, the researchers print the cells straight onto paper-thin flexible plastic or steel. With the ability to print at speeds of up to ten metres per minute, this means they can produce one cell every two seconds.

As the researchers continue to scale up their equipment, the possibilities will become even greater for this technology. Eventually they hope to see solar cells being laminated to the windows that line skyscrapers and embedded onto roofing materials.

Read more in the media release.

Previous post:
The party’s on at our place
Coming up next:
Thanks a million!