Our CSIRO Alumni goes back to the future

Our CSIRO Alumni goes back to the future

Here’s what some of our CSIRO Alumni say about how their past with us helped them get to where they are now. 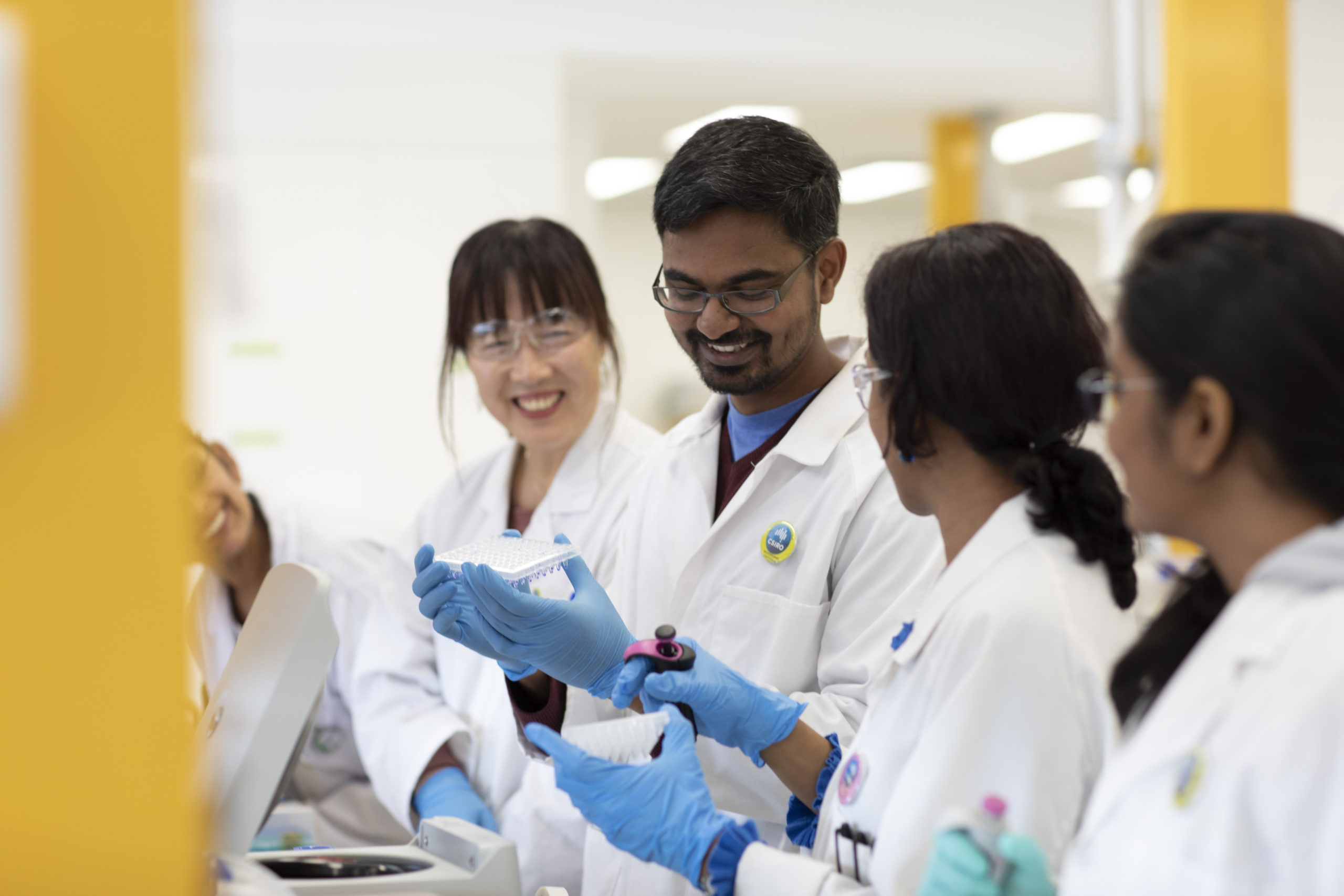 The CSIRO Alumni network has more than 4200 members.

Doc’s right. We can go on a journey just by using the skills developed in our professional life at CSIRO.

We like to stay in touch with the CSIRO Alumni network of more than 4200 former colleagues across industry, business, and government. But we also love hearing about the successes they’ve had from their time with us. Hint: one of them has won an Ig-Nobel Prize!

So, we’re going back to the future. Here’s what some of our people say about how the past has helped them get to where they are now.

We played a supporting role in Bronwyn’s meteoric rise to Deputy Vice-Chancellor of Research and Enterprise at Swinburne University of Technology.

It all began when Bronwyn left uni and started as a research assistant in the newly created Cooperative Research Centre for Polymer Blends. She explored how different applications of chemistry could benefit sectors like health and aerospace.

But the seeds of scientific success were planted at her first-ever international conference presentation. There she won the Treloar Prize for the best presentation from a scientist under the age of 30. Partly thanks to the support and training she received from her team.

It was her proudest moment. But it was also when she first thought she could really succeed in a career in science.

Our guidance continued during her subsequent academic career. In 2001, after her work as a research assistant with us, she embarked on her PhD in Engineering. It was co-supervised by one of our scientists, Dr Jonathan Hodgkin.

And while we helped with the foundations of her career, Bronwyn has continued to work with our scientists for almost 25 years.

After her PhD, she joined Deakin University. Here, she purchased a new rapid cure process from a small start-up called Quickstep.

It ended up being Australia’s largest independent manufacturer of composite materials and exporter of aerospace components globally. During this time, we worked in partnership with Bronwyn to create a research facility, Carbon Nexus. It focused on manufacturing raw materials that comprise carbon fibre composites. An explainer to what they are can be found here.

The creation of the research facility has had an enormous impact on the community, leading to almost 1000 new jobs.

“This demonstrates what can be achieved with the depth of scientific research at CSIRO,” Bronwyn said.

Did you know that Piers won an Ig-Nobel Prize as a result of an everyday encounter at work?

Piers’ journey to international stardom began when he started as a post-doctoral researcher in photovoltaics, or tools that convert sunlight into electricity. It was around this time he used his physics and maths expertise to help with an office problem.

Nic Svenson was a science writer with our Industrial Physics division and was sick of people blinking in her photos for work. So, she flagged down Piers who helped figure out an equation to take a better group photo.

This work eventually won the Ig-Nobel prize in 2006 for Mathematics, where they represented our organisation. These prizes recognise scientific achievements that are unusual and inspiring.

“Entering and winning the Ig-Nobel prize was an amazing experience. It resulted in many opportunities to meet interesting and unusual scientists over the years which an encounter at CSIRO enabled,” Piers said. 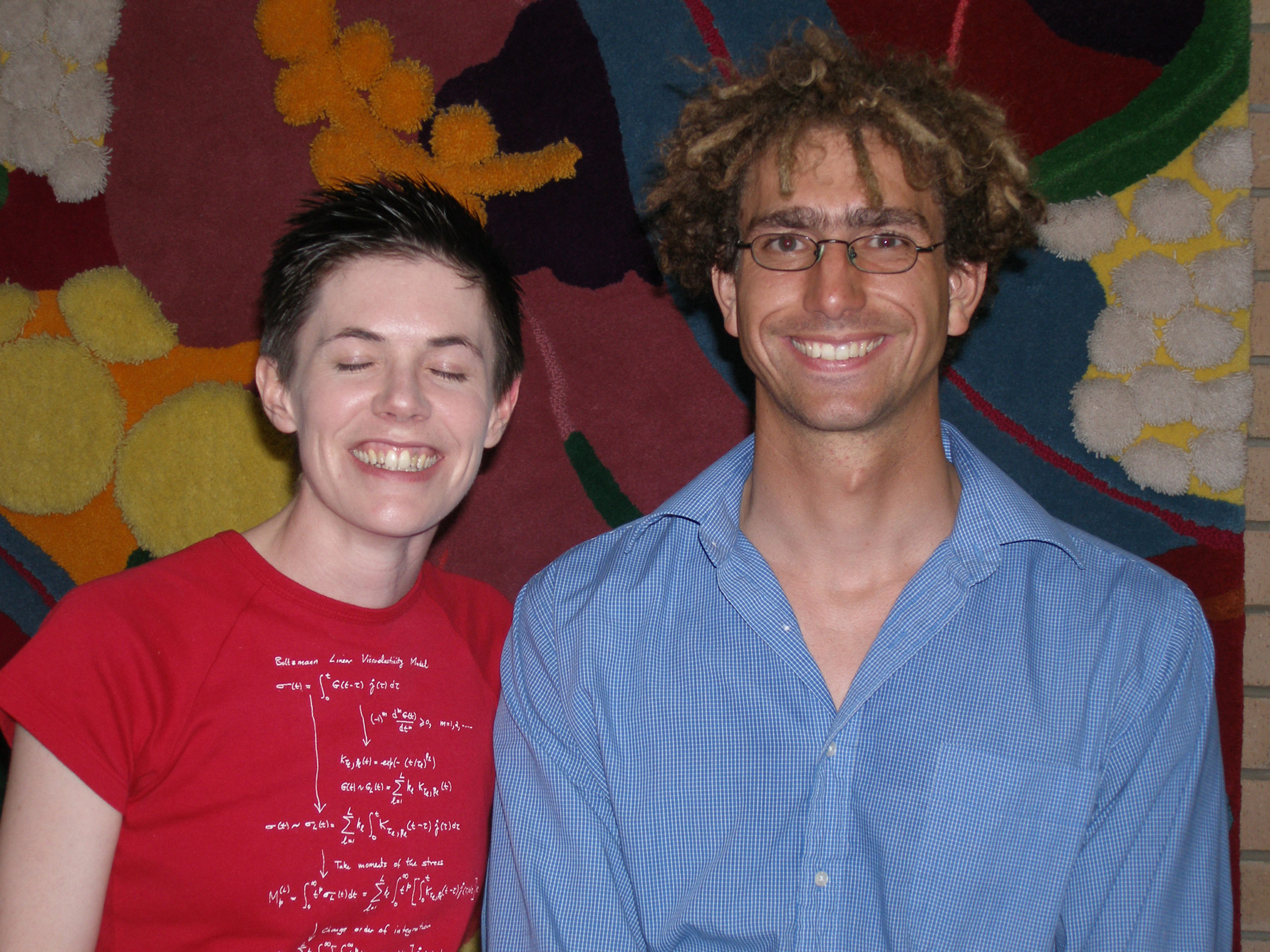 CSIRO alumni Nic Svenson and Piers Barnes in 2006 when they won the Ig-Nobel Prize for Mathematics.

Piers eventually moved to the UK to do a post-doctoral fellowship at Imperial College London working on dye sensitised solar cells. This work was a natural progression from his photoelectrode work (and calculating the chance of someone blinking) with us.

The skills and connections he made during his time with us are still being used regularly almost 15 years later. He keeps in touch with some of the team at our Energy Centre in Newcastle. Like Piers, they’ve also been working on hybrid perovskite materials. Piers bounces ideas off the team and sees if there are opportunities to collaborate on the other side of the world.

“I would be very happy to network and collaborate with future activities. After all, who knows what good stuff could happen!” he said.

Piers now works as a Lecturer in Experimental Solid State Physics at Imperial College in London, the United Kingdom.

You also don’t need a time machine to get in touch with your old colleagues.

The CSIRO Alumni network helps members to stay in touch with our organisation and each other. We regularly post news and events on our Alumni website – sharing updates from teams across the organisation. Our members can get involved with projects, mentoring and lending their expertise and experience.

If you would like to navigate your own professional journey and develop your connections, please get in touch with us!

Get in touch with CSIRO Alumni

Previous post:
Teaching the beauty, power and usefulness of maths
Coming up next:
Meet our researcher: Dr Heather McGinness