Counting up to 7 billion people

Counting up to 7 billion people

According to the United Nations (and they should know) – the world’s population is going to hit 7 billion on October 31. There is a report about the challenges and opportunities released recently.

You can watch a world population clock and other ‘counters’ HERE. Worldmapper has some pretty cool maps on population and other stuff. 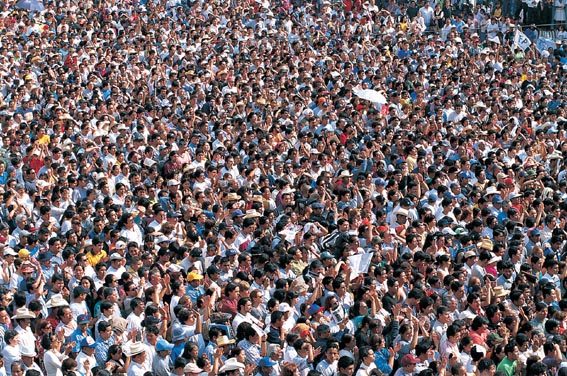 CSIRO Chief Executive Megan Clark has given some speeches about how we are working on the challenges of more people and also more people living in urban areas than rural and regional areas. There is more about our work in the area HERE.