Could the Aussie barbeque go up in smoke?

Could the Aussie barbeque go up in smoke?

In summer we all crank up the barbie and in winter we stoke the fireplace. But is all this smoke causing us harm? Our air quality experts are on the case. 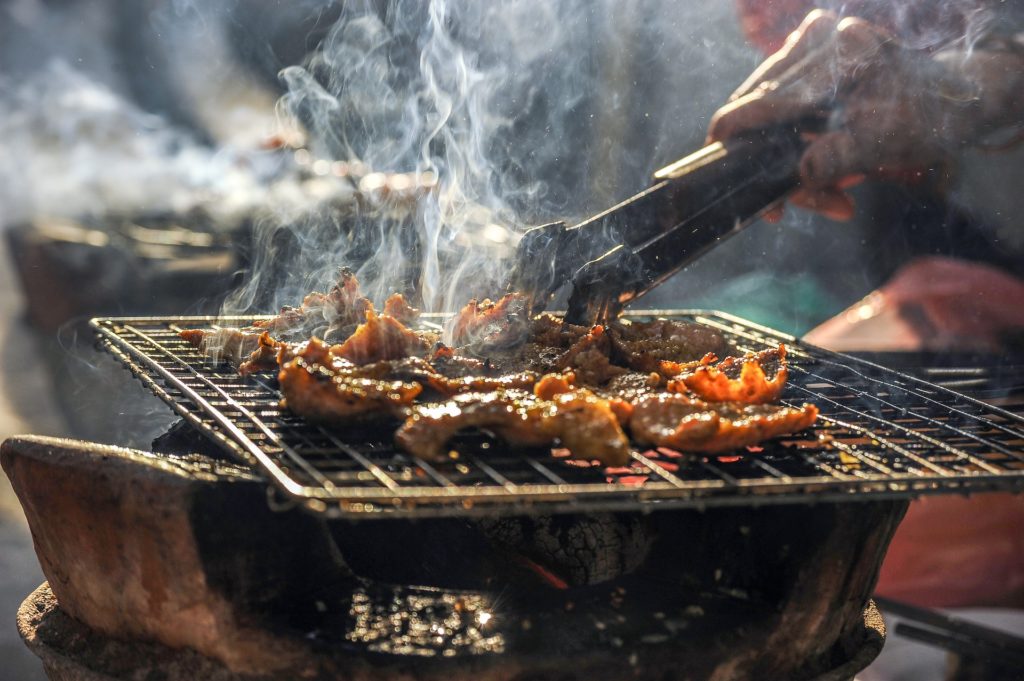 Is all that barbeque smoke harmless or harmful?

Barbeques are as Australian as a kangaroo in a budgie smuggler. The air thick with the smell of snags sizzling is a quintessential summer experience. But could the Aussie barbie be doing more harm than good?

Here at Australia’s national science agency, we don’t get involved in barbeque barnies unless we can provide some straight up science. Is anyone who tries to ban the barbeque a deadset drongo or do they have a leg to stand on here? We’re going to lay it all out on the grill for you.

How is smoke and air quality measured?

The National Environment Protection Council are a Federal Government body whose role is to set the way in which we monitor and protect our natural environment. They basically develop the yard sticks by which measurements are made on things like air and water quality and even noise pollution. Smoke is largely made up of particles and the air quality standards are defined for two different size ranges of particles in the air.

Smoke is a mixture of fine particles and gases so as we’ve just described, this is classified as polluting the air. So yes, smoke from backyard barbeques does have an impact on air quality. But the impacts are generally localised, affecting people in the immediate vicinity and possibly neighbouring properties downwind (so expect them to drop by when you throw a couple of steaks on).

How can you reduce your smoke emissions?

The best way to reduce the amount of smoke emitted from your barbeque or wood fire is to keep it clean. That means burning dry and untreated wood, limiting fat dripping onto the coals, and regularly cleaning them out after use.

The Victorian EPA provides some useful tips and information about wood-smoke pollution and how to reduce emissions from your wood heater.

You might not be able to see it but when your fire is smouldering smoke is still there.

The impact of wood smoke on urban air quality is also affected by weather – in windy conditions the air is mixed up and smoke emissions are quickly diluted, however on cold, still nights, wood-smoke can accumulate in the atmosphere over urban areas and reduce air quality. 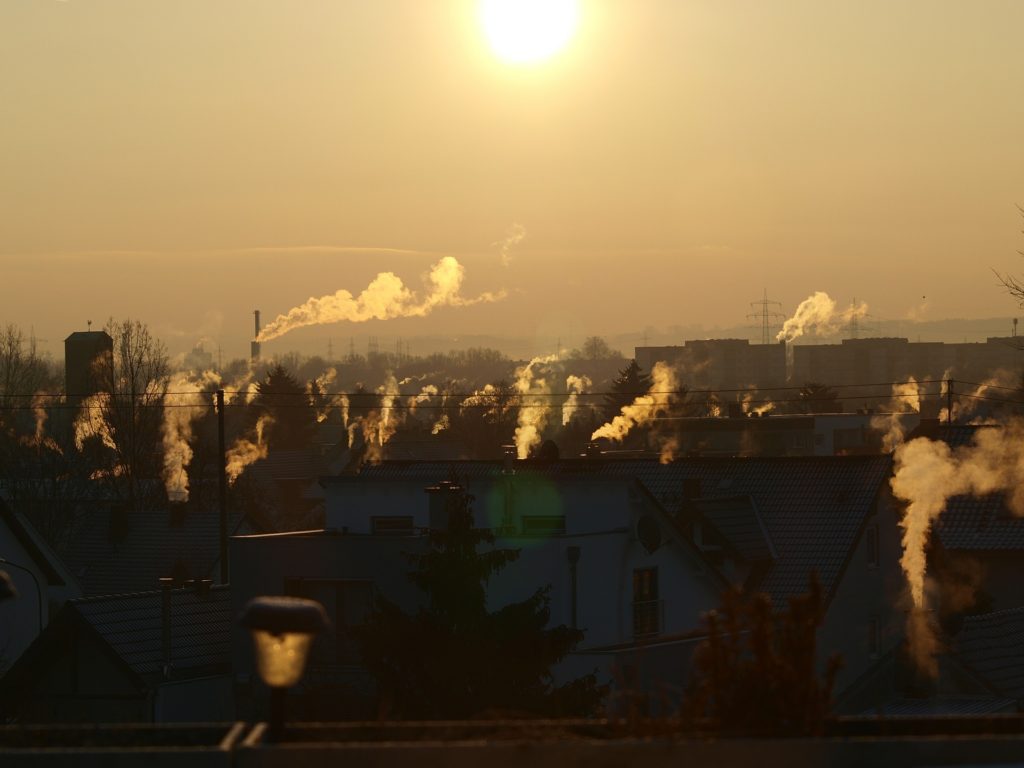 When we get a cold snap we see a decrease in air quality from wood-burning fires.

What other sources of smoke pollution are there?

Despite a resurgence in ‘low and slow’ barbequing and smoking, barbeques aren’t our dominant source of smoke pollution. In southern Australia particularly, smoke from wood heaters and fireplaces are generally the dominant source of domestic wood-smoke.

Approximately 10 per cent of Australian households use wood as the main source of heating with 70 per cent of these users located outside the capital cities. And it’s not surprising that the areas of Australia that see the highest rates of smoke emissions are towns that are prone to chilly weather. For example, an investigation into particle composition at Liverpool, Sydney, identified wood smoke as a major source of air pollution, making up about 40 per cent of PM2.5 during winter but dropping to almost zero during summer.

What are the risks of smoke on human health?

The particles and other toxic chemicals in wood-smoke are small enough that they can be inhaled deep into the lungs and once there they can cross into the blood stream. Exposure to particles and the toxic chemicals found in smoke has been associated with asthma, chronic lung disease, heart problems, cancer, and premature births and deaths.

What research are we doing in this area?

Perched on the roof of our Aspendale site in Victoria we have filters that measure air quality. Our scientists are working to understand how interactions between the land and the atmosphere affect the Earth system, and working with industry, regulators and the community in the search for solutions to our air pollution problems.

Over the winter months we have been measuring particles at our laboratory in Aspendale. We have been testing a whole range of particle measuring instruments from small, low-cost sensors we use up to high quality reference methods which we use to measure particles and the impact of smoke in areas all over Australia. 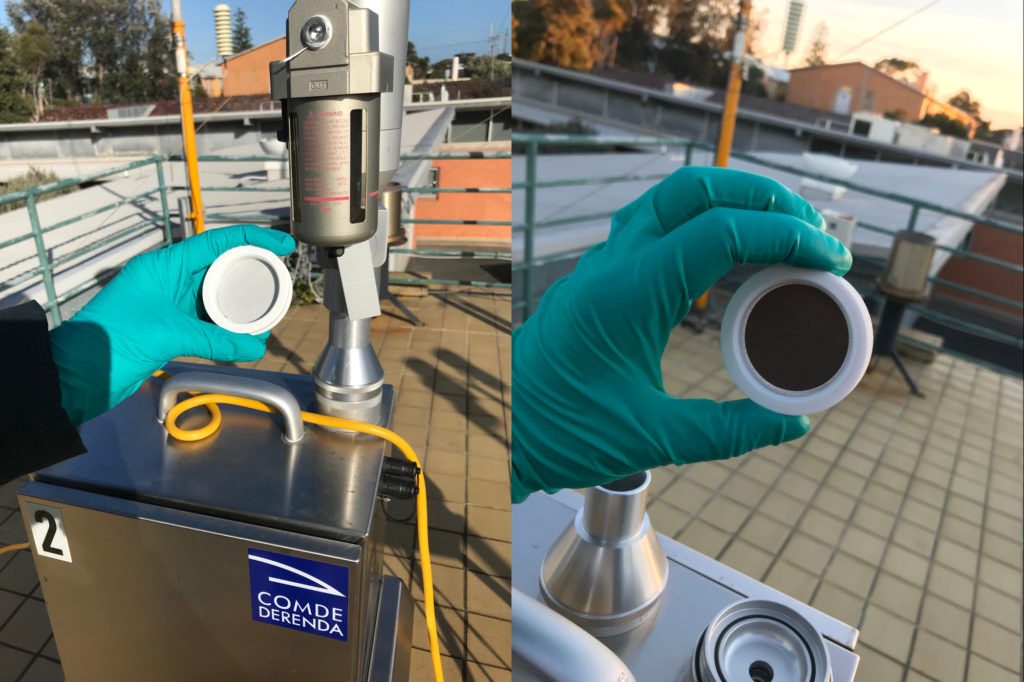 Air filters on the roof of our Aspendale site

The above images show before and after shots of filter samples of very fine particles PM 1 (particles with diameter of 1 micrometre or less) collected at our site in suburban Aspendale over a week. These fine black smoke particles are so small they are almost invisible when they are in the air, yet when we concentrate them on a filter it’s easy to see that even when smoke is not visible it can contribute to the overall air pollution we experience in the places we live and work.

A breath of fresh air

Previous post:
The secret science behind movie stunts
Coming up next:
How to grow crops on Mars if we are to live on the red planet