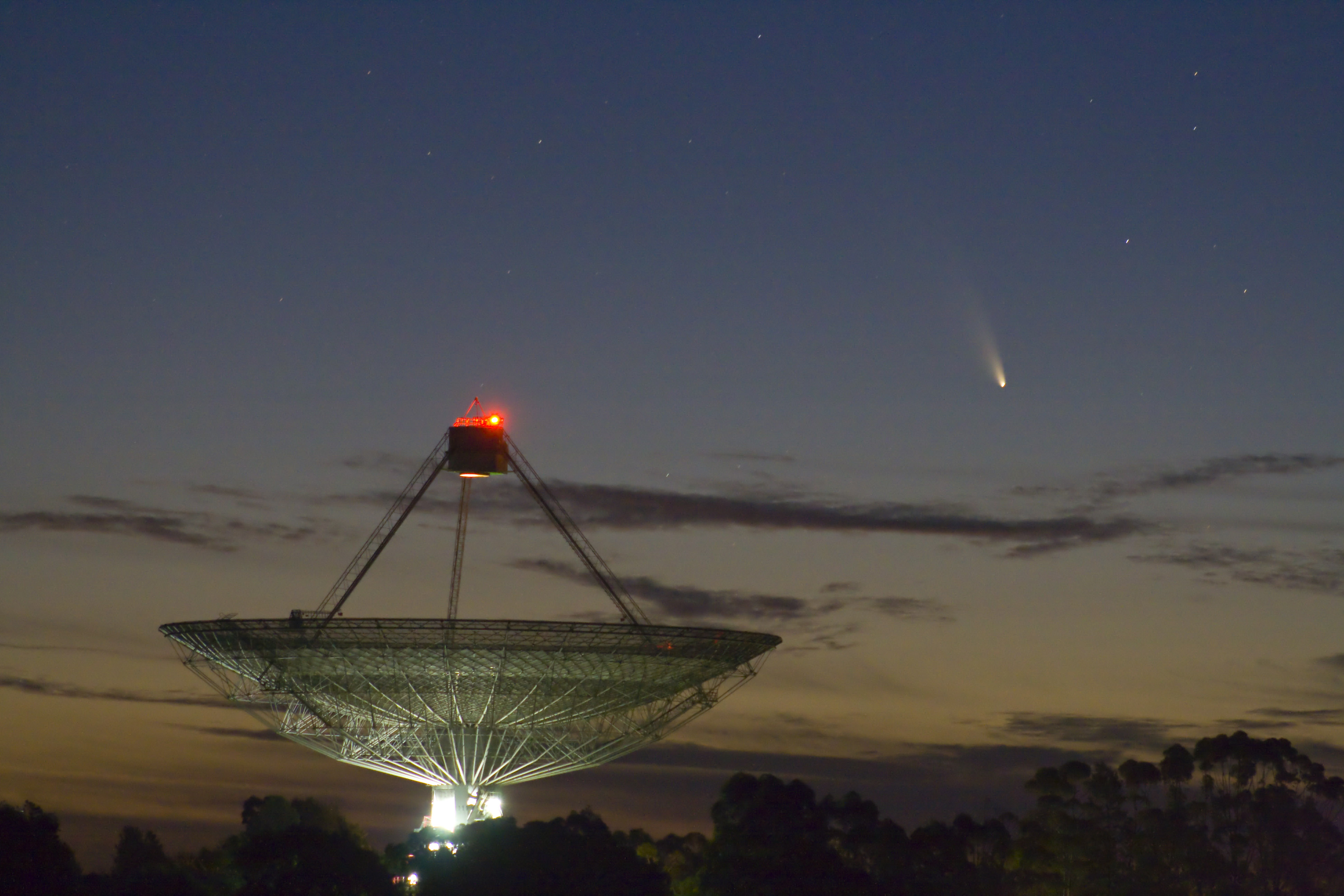 We just love great photos of comets! The latest we can share is this lovely shot from CSIRO Operations Scientist John Sarkissian who managed to capture Comet C/2011 L4 (PANSTARRS) from the Parkes Observatory in New South Wales (the comet can be clearly seen to the right of the iconic ‘Dish’).

The photograph, taken at twilight coincided with the comet making its closest approach to the earth (at a distance of approximately 160 million kilometres).

Astronomers believe the comet originated in the Oort cloud, a cloud of comet-like objects located in the distant outer solar system. It was likely disturbed by the gravity of a distant star, sending it on its present journey towards our sun.

Enjoy the comet while you can as University of Hawaii astronomer Richard Wainscott explains, “The comet has an orbit that is close to parabolic, meaning that this may be the first time it will ever come close to the sun, and that it may never return.”

More information on the comet and its discoverers can be found here.

Previous post:
Stuck in a loop: understanding feedback to plan for the future
Coming up next:
Take a bow… block 201 is lifted into place!