Throwback Thursday: how we brought cheese to the world

Throwback Thursday: how we brought cheese to the world

Cheese, glorious cheese. Whether you’re biting into brie or chomping into cheddar – there’s a cheesy historical connection between CSIRO and cheese-making in Australia. Rob Birtles, Records Advisor from our Archives team, investigates.

You cheddar believe it

Australia’s first dairy cows arrived with the first fleet (two bulls, seven cows). By 1800, through breeding and importing, Australia had a population of 322 bulls and 712 cows.

The first commercial cheese factory in Australia started in Tasmania during the 1820s. At this time the industry was growing at a pace similar to the Australian population level. This did expand during World War Two, but production declined afterwards due to issues related to fermentation and a virus infection that was killing bacteria.

In 1950 our Division of Food Research placed ads in Britain seeking scientists to help with the cheese-making problems. Soon after, Dr Józef Karol Czulak (1915-1985, bacteriologist and cheese technologist) arrived in Melbourne to begin work as a research officer with the Dairy Research Section.

By 1953, Dr Czulak and his team had solved the starter bacteria culture and infection problems. They then turned towards investigating the mechanisation of cheese-making. This idea brought much suspicion, scepticism and resistance from dairy industries worldwide. 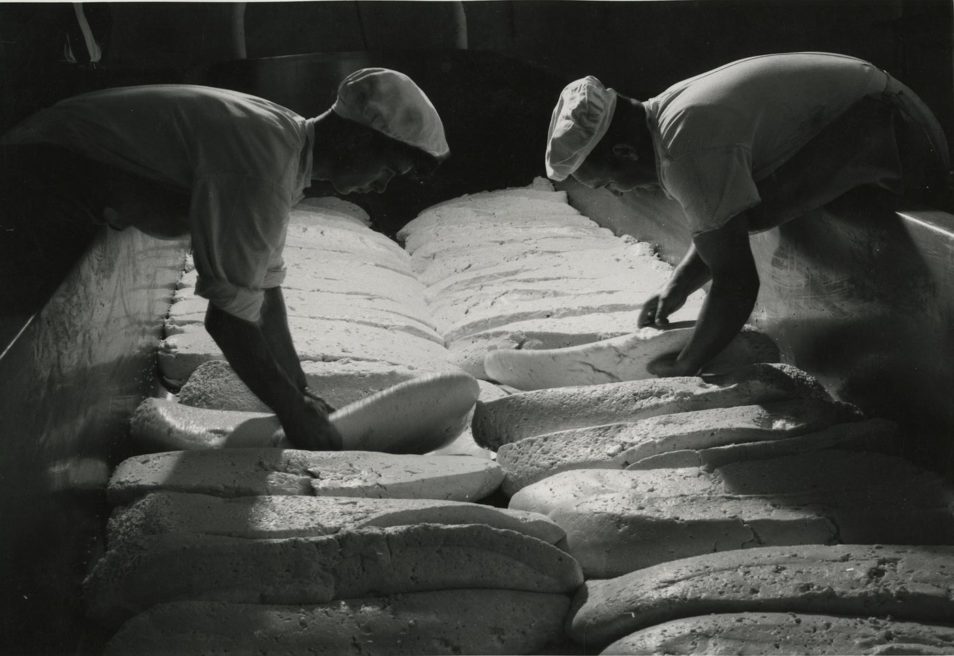 Cheese made by the first mechanical cheese-maker in the late 1950s. Circa 1958. [Photo: CSIRO Dairy Research Section]

Mechanising the creation of cheese? How dairy!

There were four phases to mechanically combine together for success. These phases were:

Dr Czulak realised the traditional process was far too slow for successful mechanisation. He discovered the manufacturing time could be reduced to a point where mechanisation was possible without affecting the quality of the cheese in any way. He achieved this by removing certain stages from the traditional method.

The next step was developing two pilot-scale machines: one for cheddaring and one for salting, milling and hooping. In 1958 cheddar was made for the first time without being touched by hand. Manufacturers were then invited to submit offers of collaboration in the development of commercial equipment. An offer from the Melbourne firm Bell Bryant was accepted.

By August 1960, with James Bell Machinery Pty. Ltd (including £15,000 of funding provision), the world’s first fully mechanised cheese-making machine was trialled. This took place at CSIRO Highett, before installing the machine at the cheese factory of Kraft Foods, Allansford, Victoria.

The two interacting machines took on the names of Bell-SIRO ‘Cheesemaker 2’ and ‘Cheesemaker 3’. They were able to handle 6000 pounds per hour (2722kg). The automated process only required three people to operate it, whereas the conventional manner would have required eight persons. 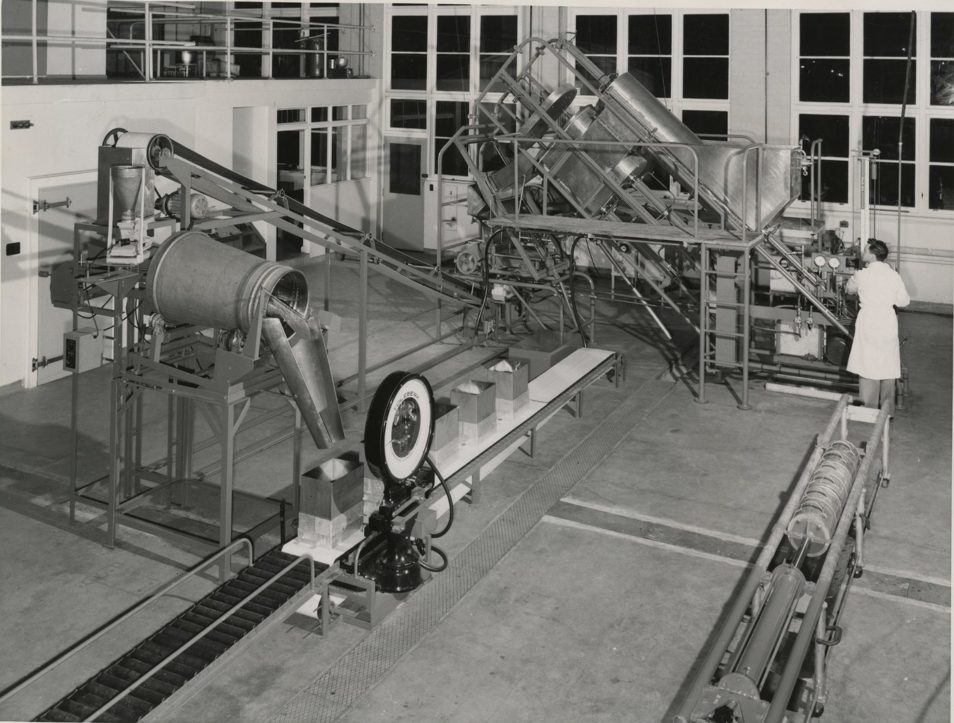 The new cheese-making machine possibly at CSIRO Dairy Research Section, Highett before shipping and instalment at the Kraft factory at Allansford. [Photo: CSIRO]

Mooving from Victoria to the world

In 1970 an improved model was installed at Camperdown, Victoria. This model had greater flexibility to produce varieties such as Cheddar, Cheshire, Cheedham, Colby and Romano. The Bell-SIRO Cheesemakers cut labour costs by 66 per cent within the Australian cheese industry. As a result, 1973-74 saw Australia export 42,000 tons of cheese, almost half of its total production.

In 1975, the installation of the Bell-SIRO ‘Cheesemaker 4’ was a game changer. Not only could it produce up to 4530kg per hour, it could also produce 453kg blocks of cheese instead of the traditional 18kg blocks.

By 1976, more than 50 Bell-SIRO Cheesemakers were in operation in Australia, New Zealand, Britain, Ireland, Holland and the United States. The 3000 year old mystery of cheese-making was replaced by scientific control, improving the quality across all varieties.

Dr Czulak retired from CSIRO in 1976, after 25 years of leading a team that vastly changed the international cheese industry. He was honoured with many awards throughout his career and elected a fellow of the Institute of Biology, London, in 1976. He then worked as a consultant to the Australian Dairy Corporation, and in 1978 chaired the new technology session at the International Dairy Congress in Paris.

Mechanising the ancient art of cheese-making

Previous post:
How can we support Indigenous-led fire management?
Coming up next:
Marching with pride at Mardi Gras