Does unhappy coral make it rain?

Does unhappy coral make it rain?

Can coral create rain? Scientists on board RV Investigator are using drones, balloons and other high tech gadgets to find out.

Ocean warming through climate change doesn’t just affect marine life. What happens in our oceans can have a significant effect on what happens in the atmosphere and even back on land.

But how do you research the sea and the sky at the same time? From a state-of-the-art lab on a ship, of course! 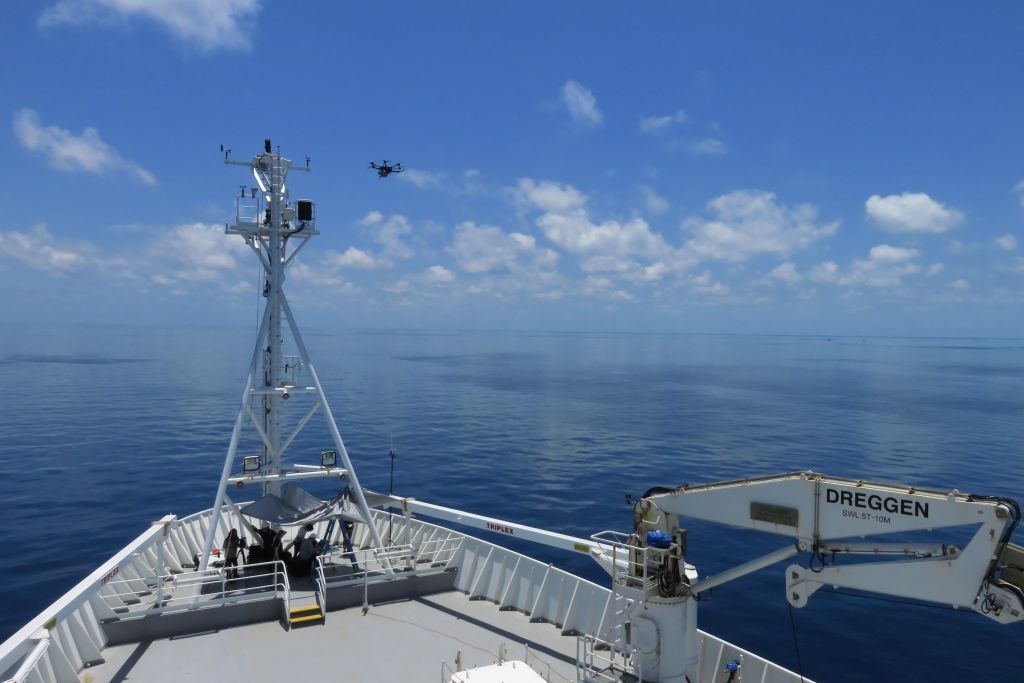 A drone departs Investigator to conduct a close up survey of the reef. Image Michael Watson.

RV Investigator is filled with a suite of scientific equipment including two dedicated labs for measuring atmospheric composition – or what the air above us is made of.

Investigator can go to sea for up to 60 days at a time, which allows scientists to study the atmospheric conditions from the top to the bottom of our beautiful Great Barrier Reef, one of the biggest ecosystems in Australia! On the current voyage, scientists from the Queensland University of Technology (QUT) will spend around 30 days studying the reef and the atmosphere above it.

But what does a coral reef have to do with what’s going on up on the clouds? Well, it all starts with the algae which give coral their beautiful colours.

The algae on corals naturally release a chemical called dimethylsulphide (DMS for short) into the ocean as part of their life cycle. These emissions increase when the algae are stressed out, which happens when temperatures rise and UV radiation from the sun increases.

These sulphur compounds are eventually released from the ocean into the atmosphere, where they transform into sulphurous gases. These gases cluster together to form tiny airborne particles. When the conditions are right, these particles then absorb water and become cloud droplets that form clouds.

We know these particles come from the reef but we don’t know how they affect the atmosphere, clouds and rain. 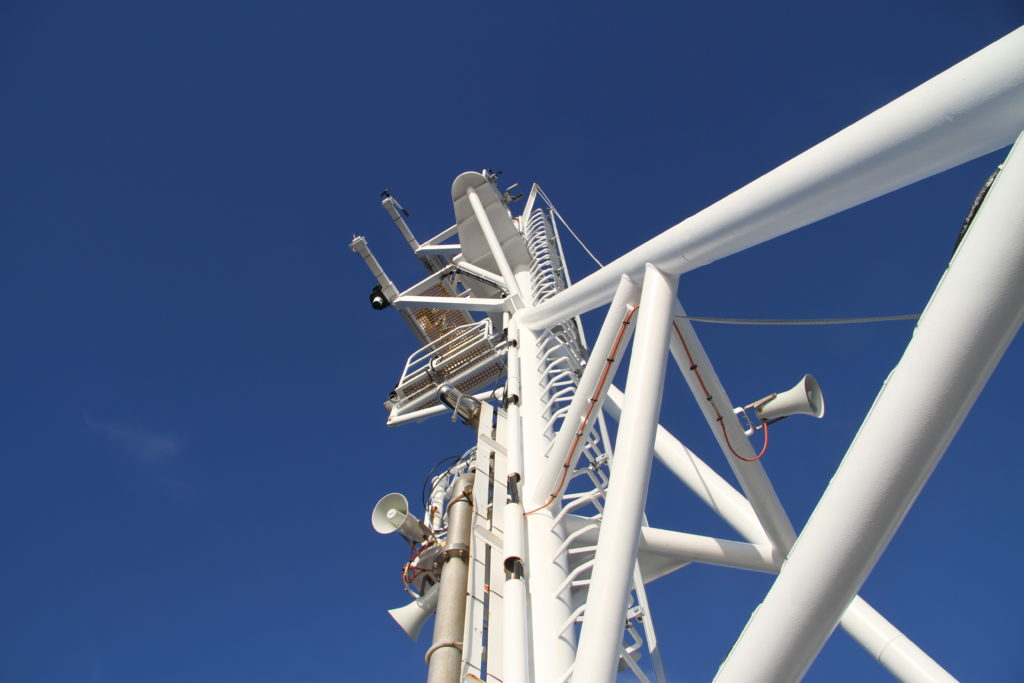 The mast at the front of Investigator is bristling with air sampling equipment. The silver on-board air inlet is centre of picture. 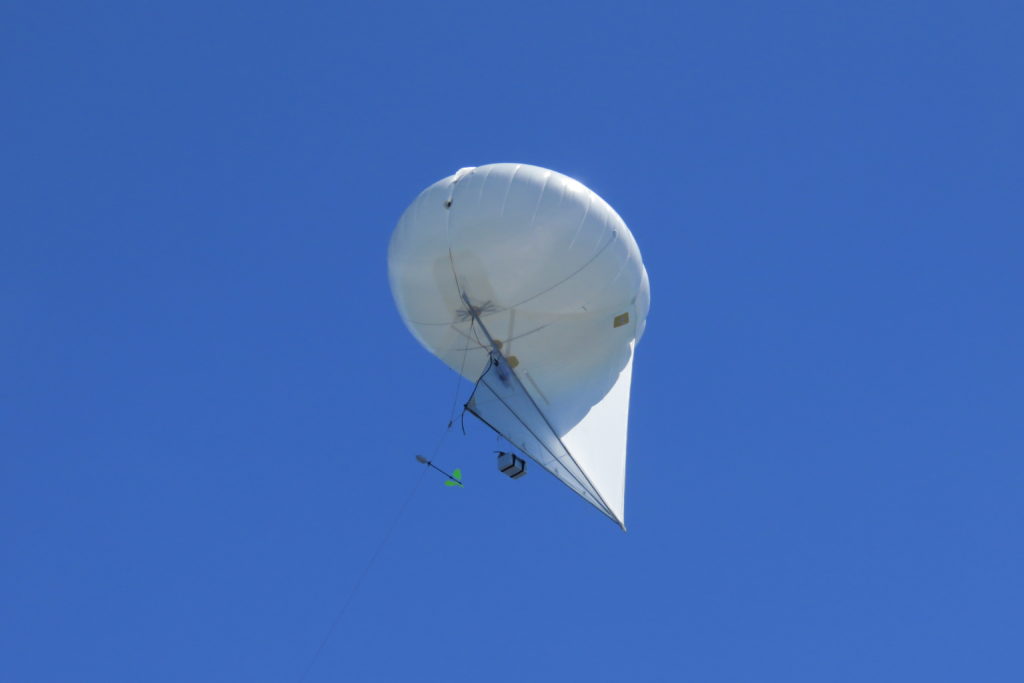 A helium-filled balloon-kite used to sample the air from up to (and beyond!) 1km above the reef. Image Michael Watson.

To find out what’s travelling up there from down here, scientists use a range of amazing apparatus. The simplest air sampling apparatus is the on-board inlet at the front of the ship which sucks air samples in through pipes and sends them straight to the labs.

In the lab, a mass spectrometer analyses the particles in the air sample. This machine is extremely sensitive – it can detect one molecule in a trillion! Which is like a drop in the ocean.

Sampling from the sky

Scientists also use big helium filled balloon-kites that can sample the air up to a kilometre or more above the reef. These balloons are loaded up with sensors and are sent up to profile the atmosphere while still attached to the ship by a rope. The sensors measure air temperature, pressure and particle concentrations at different heights, so we can get a more complete profile of the atmosphere.

With all this equipment scientists are trying to find out how much those particles from the reef are affecting our atmosphere. Once the results are analysed, scientists hope to be able to predict how stress to the coral reef will affect the surrounding land and air.

So from ship to shore, when it comes to atmospheric research, the sky’s the limit for RV Investigator! 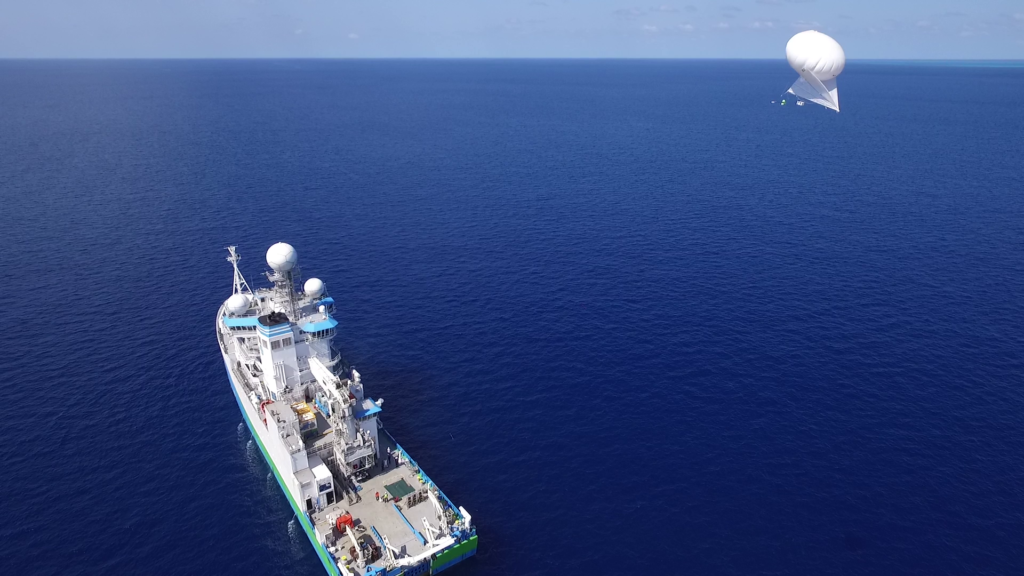 The balloon-kite soars over RV Investigator to gather atmospheric data from above the Great Barrier Reef.

This blog was originally written for Scope TV as part of a feature episode that will look at all the amazing Science at Work on RV Investigator.

Scope is produced by Network Ten in conjunction with CSIRO and screens on ELEVEN each Saturday from 8.30am (with past episodes on Thursdays from 8am.)

Previous post:
Inspiring students with hands-on Indigenous science
Coming up next:
Seaweed could hold the key to cutting methane emissions from cow burps