We've invented of a new type of membrane, a cactus-inspired design that has the potential to significantly boost the performance of fuel cells. 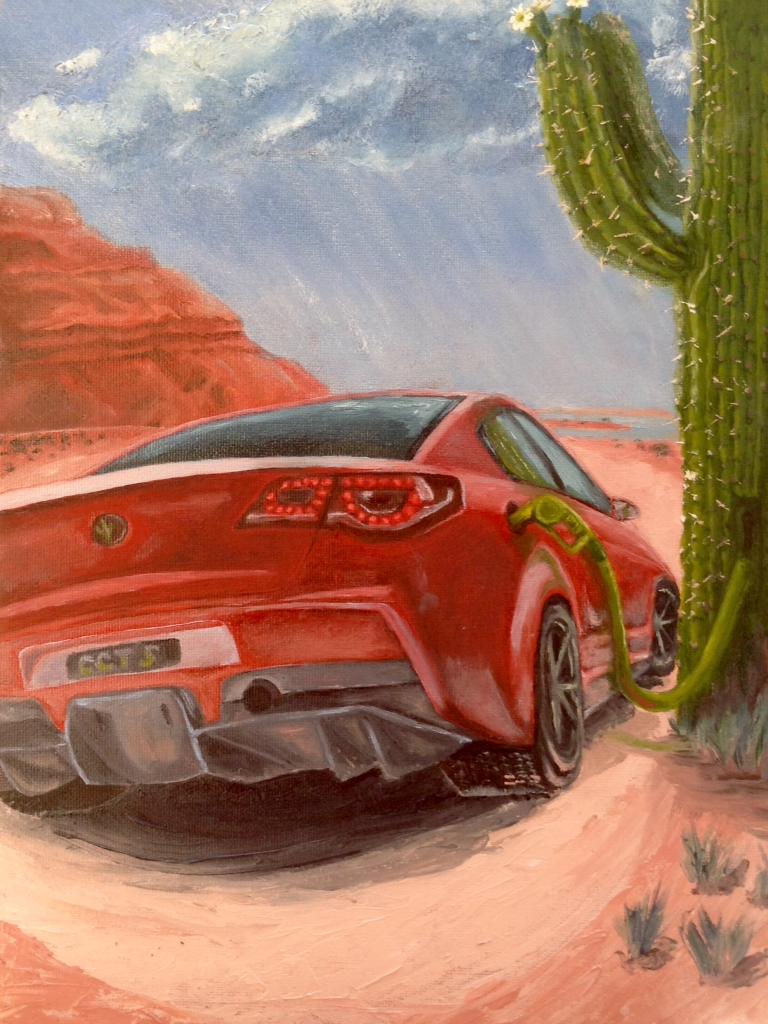 Painting of a red car being fueled with a cactus in the desert.

When it comes to naming new vehicles, car makers often turn to nature for inspiration. There’s the Dodge Viper, the Jaguar or the Bronco to name a few. Now, Citroen has gotten in on the action with the – arguably less ferocious, though equally on point – C4 cactus. What the folks over at Citroen probably didn’t realise when naming this bad boy, was that the humble cactus could in fact hold the key to the future of the automotive industry.

You see, today we announced the invention of a new type of membrane, a cactus-inspired design that has the potential to significantly boost the performance of fuel cells, transforming electric vehicles as we know them.

The membrane, which we developed with scientists from Hanyang University in Korea, features a water repellent skin that can improve the efficiency of fuel cells by a factor of four. The skin works in a similar way to a cactus plant, which thrives by retaining water in harsh and arid environments.

Fuel cells, like the ones used in electric vehicles, generate energy by mixing together simple gases, like hydrogen and oxygen.

However, in order to maintain performance, proton exchange membrane fuel cells — or PEMFCs — need to stay constantly hydrated. At the moment this is achieved by placing the cells alongside a radiator, water reservoir and a humidifier. The downside is that when these are packaged in a vehicle, they occupy a large amount of space and consume significant power.

Our new cactus-inspired solution offers an alternative. A cactus plant has tiny cracks, called stomatal pores, which open at night when the air is cool and humid, before closing again during the day when the conditions turn hot and arid. This helps the entire plant retain water.

Our new membrane works in a similar way. Water is generated by an electrochemical reaction, which is then regulated through nano-cracks within the skin – the ‘stomatal pores’. The cracks widen when exposed to humidifying conditions, and close up when exposed to drier ones.

This means that fuel cells can remain hydrated without the need for bulky auxiliary humidifying equipment. We also found that the skin made the fuel cells up to four times as efficient in hot and dry conditions.

This could have major implications for many industries, including a jumpstart to the next generation of electric vehicles.

Our new membrane shows, when it comes to overcoming what appear to be insurmountable engineering problems, there’s no better source of guidance than Mother Nature’s trial by fire: natural selection.

Thirsty to absorb more of what we’re doing with materials and the environment? Take a squiz at these succulent avenues of research.

Previous post:
Hackathon winners shine light on solar tech
Coming up next:
IceCube and the tale of the Big Bird neutrino