Buggin’ out: Identifying millions of creepy crawlies at Ningaloo

Buggin’ out: Identifying millions of creepy crawlies at Ningaloo

Stretching more than a kilometre across the reef lagoon, our scientists set about identifying millions of teeny tiny aquabugs. 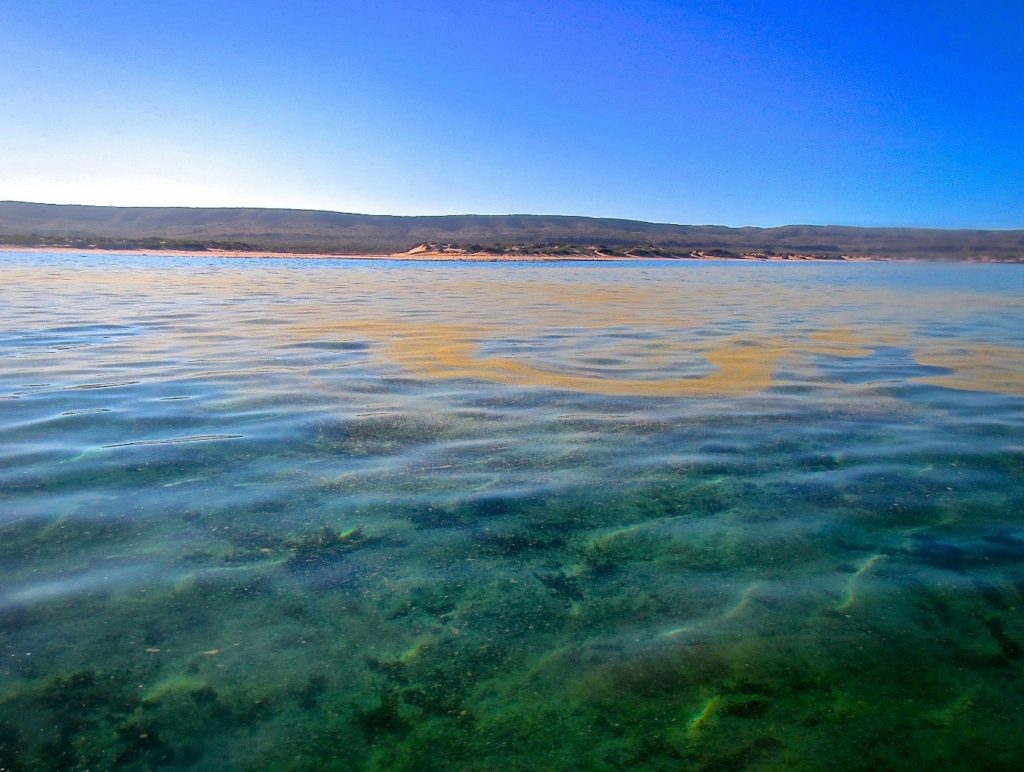 A not-so-Turquoise-Bay at Ningaloo National Park. Image via – Coral Reefs.

It was another gorgeous day at the Ningaloo Marine Park off the north-west coast of Australia. Our researchers Dr Cindy Bessey and Anna Cresswell were set to spend the day investigating corals and fish beneath the azure blue waters, when they arrived to a scene reminiscent of the 1980’s cult classic, The Blob.

No it wasn’t a fleshing eating organism waiting for its next human meal – but what was it?

Thinking it may have been coral spawn, Cindy and Anna put their hands in, only to find that it was hundreds of thousands, if not millions of small orange bugs stretching more than a kilometre across the reef lagoon. 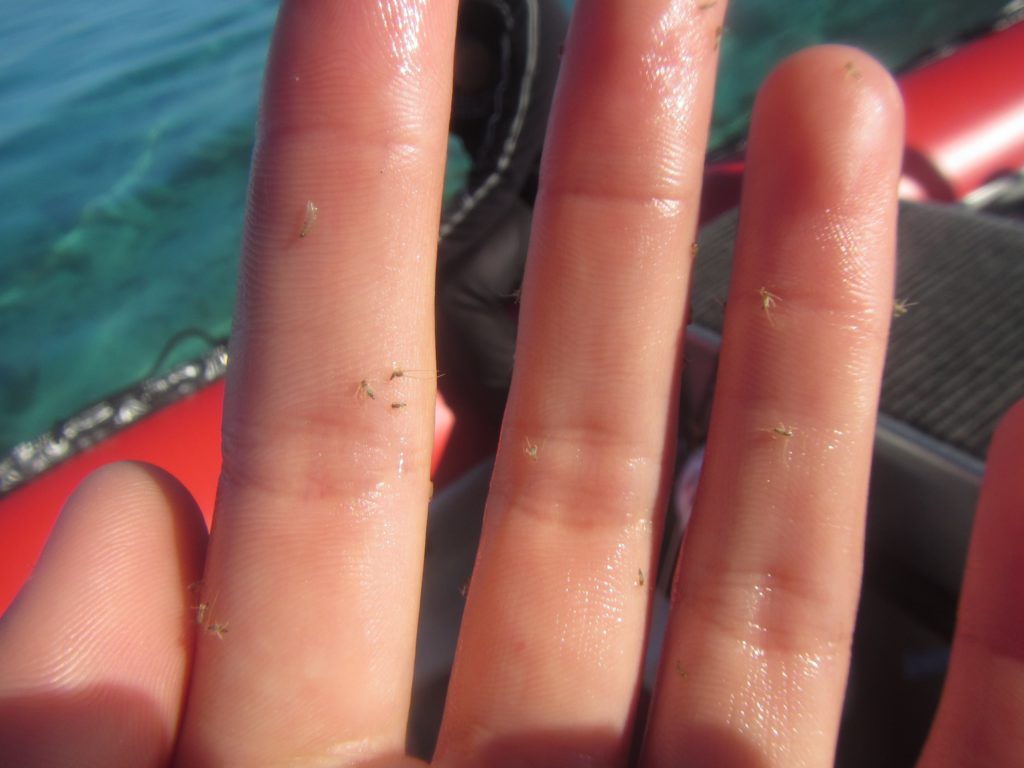 Close up shot of hand with tiny bugs.

But where had they come from? What sort of bugs were they? And why hadn’t we seen them before?

Armed with these questions, Cindy and Anna embarked upon a quest of discovery, collecting several specimens for investigation back at the laboratory. They were able to identify two clearly different sexes but after phoning friends (other fellow scientists) and studying books and journals, they still weren’t 100% sure what the bug it was!

Bring on the DNA sequencing!

With the help of Entomologist (aka bug expert), Dr. Danwei Huang, in Singapore, Cindy and Anna finally had some answers! The bug was identified as Pontomyia oceana a type of flightless marine insect so far only seen in three locations in the world – Taiwan, Heron Island and Palau.

In what is one of the shortest adult bug lives and even shorter than a Brittney Spears love story, the male and female aquabugs emerge at the water surface in sync, mate and die in up to three hours.

The males propel themselves around using their wings as oars, seeking out their lady counterparts. Once they mate, the females lay their eggs which eventually sink to the algae or sea grass below, waiting for the next generation of 3-hour lovers.

While one question was answered, several more now took its space. Was their appearance a strange one-off sighting, will they be back, and what role do they play as a food source for the inhabitants of the reef?

We’re now in our 11th year of research at Ningaloo Marine Park, studying all aspects of one of Australia’s most dynamic and iconic coral reef ecosystems.  Discovery of new phenomena such as this mass insect emergence is an example of the kind of unique insights that come from this kind of long term research commitment.

Through partnerships with WA Department of Parks and Wildlife and other agencies, our research in the Ningaloo World Heritage Area and in other Marine Parks across the Pilbara are contributing to the management and protection of these natural assets both now and into the future.

Find out more about the Ningaloo Outlook Project and the Pilbara Marine Conservation Partnership.

The Pilbara Marine Conservation Partnership between CSIRO and the University of Western Australia funded by the Gorgon Barrow Island Net Conservation Benefits Fund which is administered by the WA Department of Parks & Wildlife (DPaW). Ningaloo Outlook is a BHP Billiton-CSIRO Industry-Science Marine Research Partnership investing A$5.4 million over five years to gather new knowledge on the Ningaloo reef and its important ecological values. Part of this investment goes toward funding PhD scholars such as our Aquabug hunter Anna Cresswell.