In January about 8000 cyclists took to the roads around Adelaide in the Bupa Challenge Tour at the 2012 Santos Tour Down Under. One of those was CSIRO Chief Executive Megan Clark. 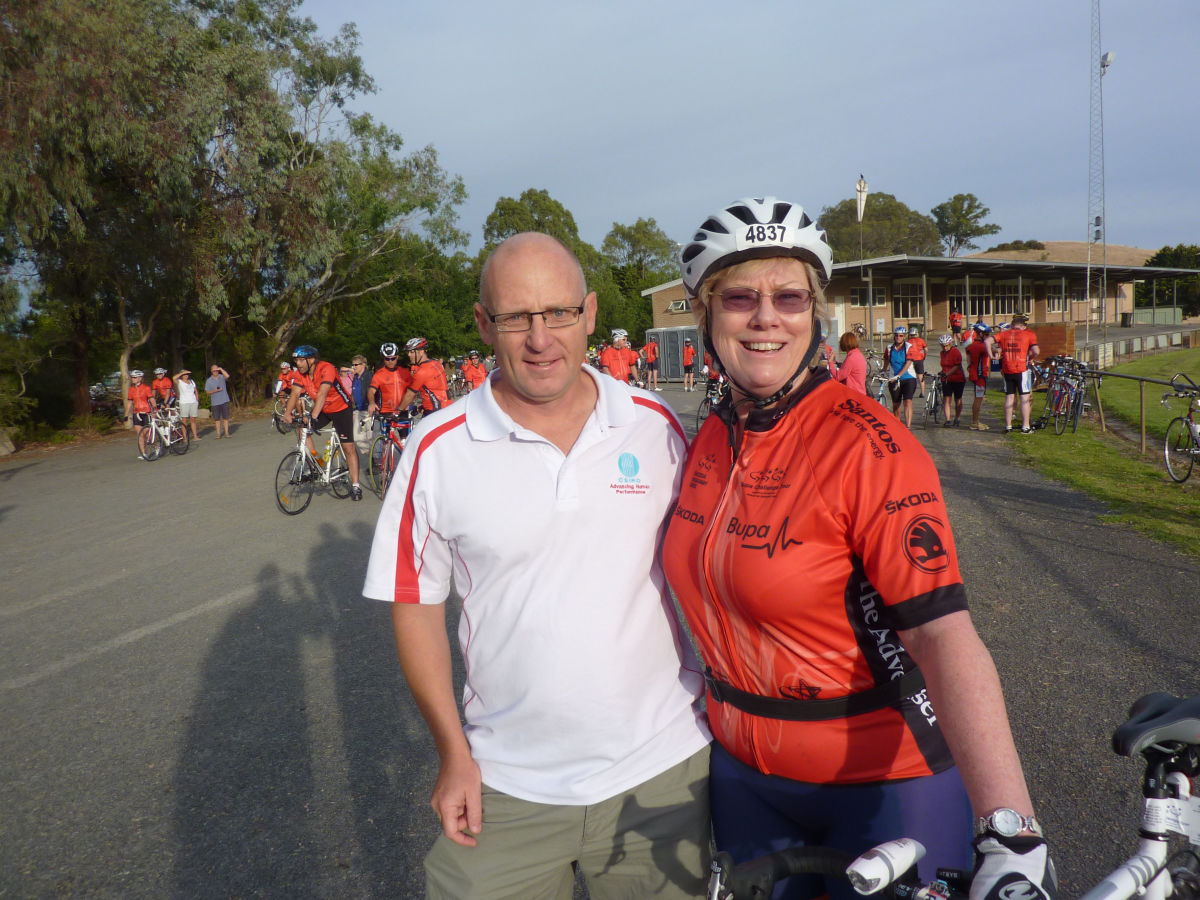 Megan with Ian Blanchonette from CSIRO's Materials, Science and Engineering before the ride.

And so staff and others could keep track of (or lack of) her progress, Megan was carrying CSIRO’s live tracking technology which provided immediate, detailed information about her performance back to our researchers in Adelaide.

Using an amalgam of technologies including Google My Tracks, Map My Tracks, CSIRO’s Android app and wireless sensors Megan’s position, speed, heart rate, power and cadence were all recorded and analysed live during the Challenge.

The technology, in development with the Australian Institute of Sport (AIS), has been designed to provide live feedback to coaches to enable them to analyse an athlete’s performance during training.

During the ride she had the chance to ride with the world’s best, including five-time Tour de France winner Eddy Merckx, but an analysis of her live tracking showed their paths did not cross…..

Megan rode the Mt Pleasant to Tanunda leg of the Challenge which took her on a journey of about 81km up some demanding “mountain” terrain.

The ride raised money for the Cancer Council SA.

Dr Clark is thinking of fitting the tracking technology to news@csiro.