Bone, cartilage and tissue; we’ve cracked the trifecta (and it’s made of titanium and plastic)

Bone, cartilage and tissue; we’ve cracked the trifecta (and it’s made of titanium and plastic)

Edward's sternum needed to be replaced, so we partnered with Anatomics to 3D print a titanium and polymer sternum - the first of its kind. 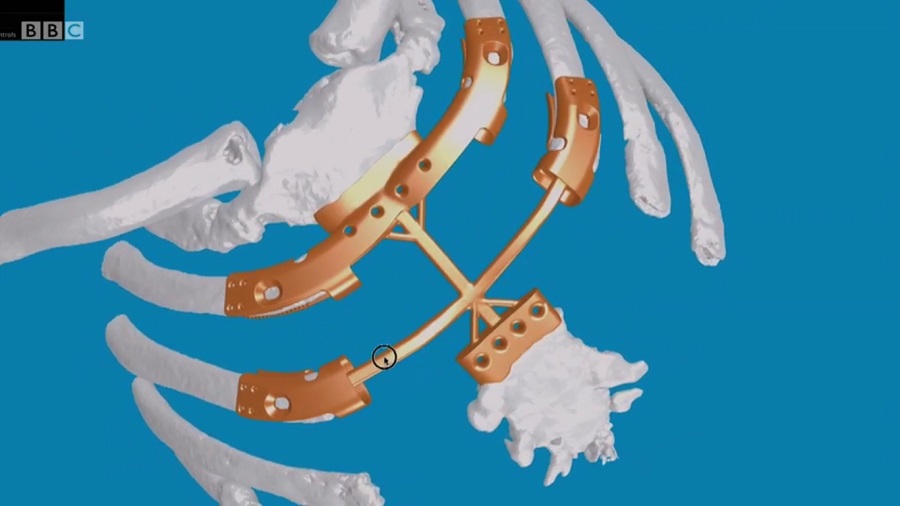 We’ve been quietly working away in Melbourne on something big. The big trifecta of a bone, cartilage and tissue implant. The first of its kind.

Feeling like you’ve already heard about this? That’s because in 2015 we partnered with Anatomics to 3D print a sternum and rib implant for a Spanish cancer patient.

Two years on, through our partnership with Anatomics we’ve managed to build something even more impressive. The first time we only had the 3D printed titanium sternum (just the bones). This time we designed and manufactured a 3D printed titanium and polymer sternum (bone, cartilage and tissue). All in a single prosthetic implant. 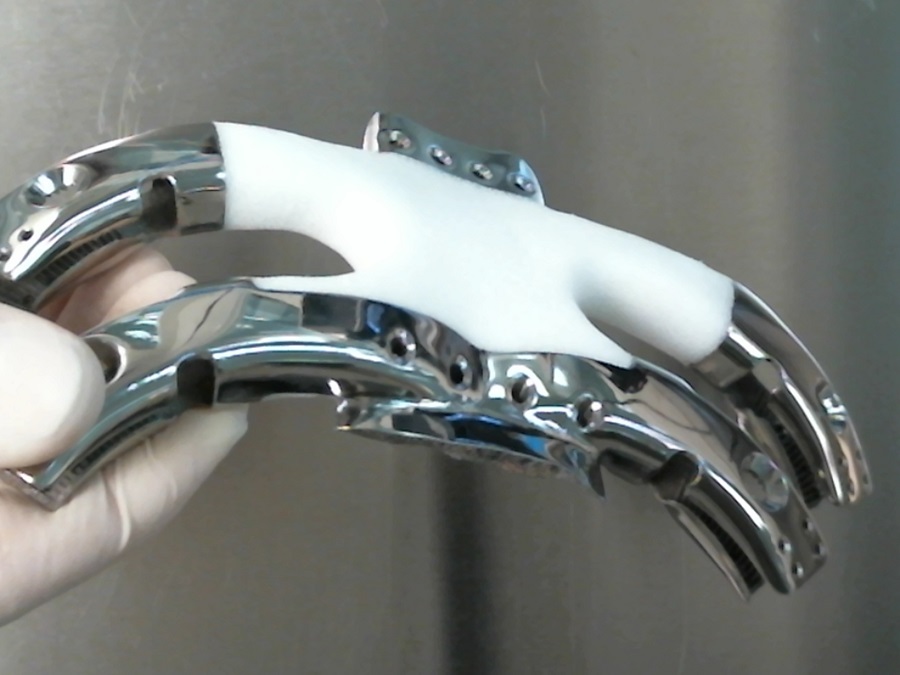 The 3D printed titanium and polymer sternum was a perfect fit.

The polymer, PoreStar, is an exciting new development because it replicates cartilage and soft tissue. It’s a lightweight, porous polyethylene which acts as a soft tissue component.

The most impressive part is that this advanced titanium and plastic sternum has been successfully surgically implanted in 61-year-old Edward Evans’ body, and he’s made a successful recovery.

Edward had a rare infection in his sternum which required his sternum to be removed and patched up with his own muscle. After he recovered from the infection, the novel implant was surgically added. Success was determined when motion caption cameras showed Edward’s ribs moving in and out, in synchrony with his breathing.

The titanium and polymer sternum replacement was designed by Anatomics and was modelled exactly to CT scans of the patient. We 3D printed the sternum then Anatomics added the polymer. It was then shipped to the United Kingdom where a surgical team implanted the sternum in the British man. Truly a team effort.

Interested in our cutting edge tech and materials we use for biomedicine?

Previous post:
Interronauts | Episode 2: Spartan ants, graphene from soybeans, VNs, and a chat with Antarctica
Coming up next:
Managing type 2 diabetes: how low-carb diets can help