And boy, does this baby have back.

Australia’s new $120m marine research vessel, Investigator, is a thing of beauty. We’ve been watching Investigator get built step-by-step over in Singapore and have shared with you some of the key moments of its birth.

Investigator is now only hours away from arriving at its home port of Hobart. We’re hoping to welcome the big ship at 10am Tuesday morning with a flotilla.

And for your dinner table conversation tonight, here are some sweet facts about the big ship: 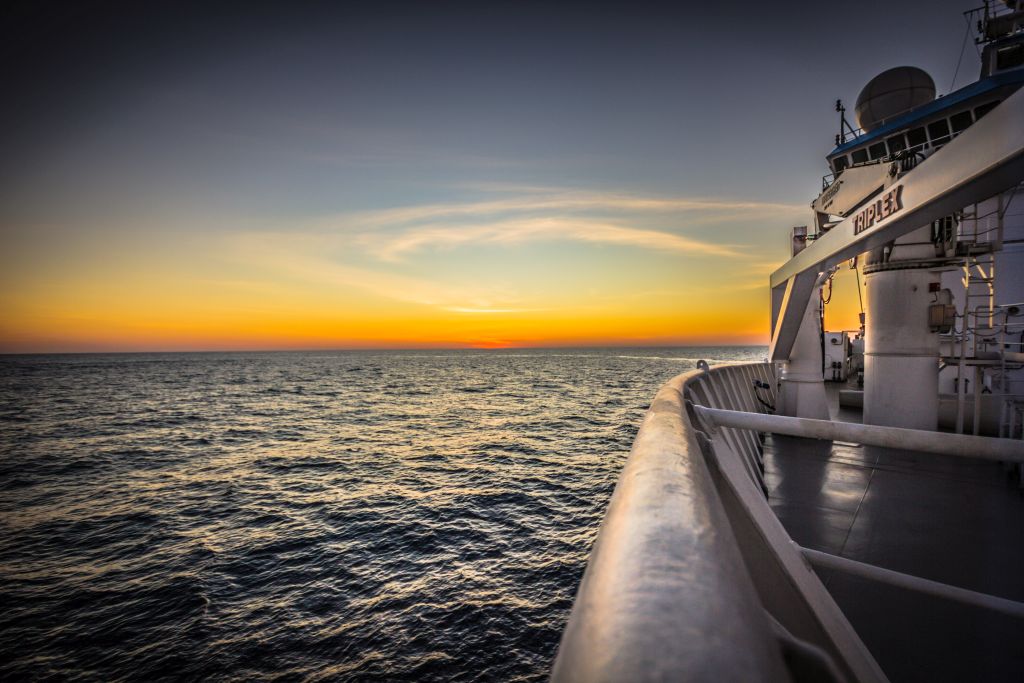 Does it get any better than this? Sunset on the deck of Investigator.

So why is any of this important? Australia’s oceans are estimated to contribute $42 billion annually to our economy, increasing to over $100 billion in ten years. And yet there’s so little we actually know about them – we know more about the moon than we do our own deepest oceans.

What may we learn from Investigator? We’ve never been able to collect fish and biological samples in our deep oceans before. So we’re likely to discover new species. We’ve never been able to map the ocean floor to any depth before, so now we can describe the ocean floor in Australian waters, which means we could find new resources. And the weather radar on the top of the ship, it will allow us to collect data at sea, for the first time.

This ship is the bee’s knees of marine research… and it will put Australia at the forefront of ocean research globally.

We certainly have the necessary sophisticated sonar technologies to undertake the search, but let’s look at the size of the job at hand.

Let’s assume that we don’t need to refuel the ship or change the crew onboard and we can operate continuously. We would need to tow a piece of equipment called a side-scan sonar, which has a beam width of 500 metres at a speed of 2 knots, and the latest size of the search area was 60,000 square kilometres.

This means it would take Investigator 3.8 years to map the search area. That’s working 24hrs a day, 365 days a year.

Win yourself a LEGO model of the ship by getting creative with your selfie.

PHOTO COMPETITION
Send us your best snap of Investigator as it comes into Hobart harbour for a chance to win a LEGO model of the ship AND a tour of Investigator for you and three friends later this year. Use #RVInvestigator when posting your image to Twitter or Facebook, or email it directly to us at socialmedia@csiro.au by 5pm Tuesday 9 September. Winners will be announced Wednesday at midday. Creative selfies with Investigator are highly encouraged.