In 1977, George Lucas’ Star Wars introduced us to R2-D2, an intelligent bot that embodied modern assistive robotics: he could anticipate needs and perform a number of tasks with minimal instruction.

Through a series of workshops held in Melbourne and Brisbane, we investigated what manufacturers want and where they envisage using robotics help to solve current problems.

Robots to make the workplace safer

Australian manufacturers want to use robots to orient, lift and manipulate components so that workers can assemble them with greater precision in manufacturing lines.

The major objective is to reduce occupational health and safety events, compensation claims and lost time from worker absenteeism – though improved product quality is often a bonus.

Robots have established potential to take on jobs that people don’t want to do and really shouldn’t be doing, such as hazardous or highly repetitive tasks that make workers vulnerable to repetitive-stress injuries.

In 2011, Dulux Group installed a robotic system in a Victorian factory to assist workers handling heavy bags of combustible powder which posed a potential respiratory hazard for workers.

The robotic system eliminated occupational health and safety incidents and allowed nine workers to be redeployed from a potentially hazardous and uncomfortable working environment. 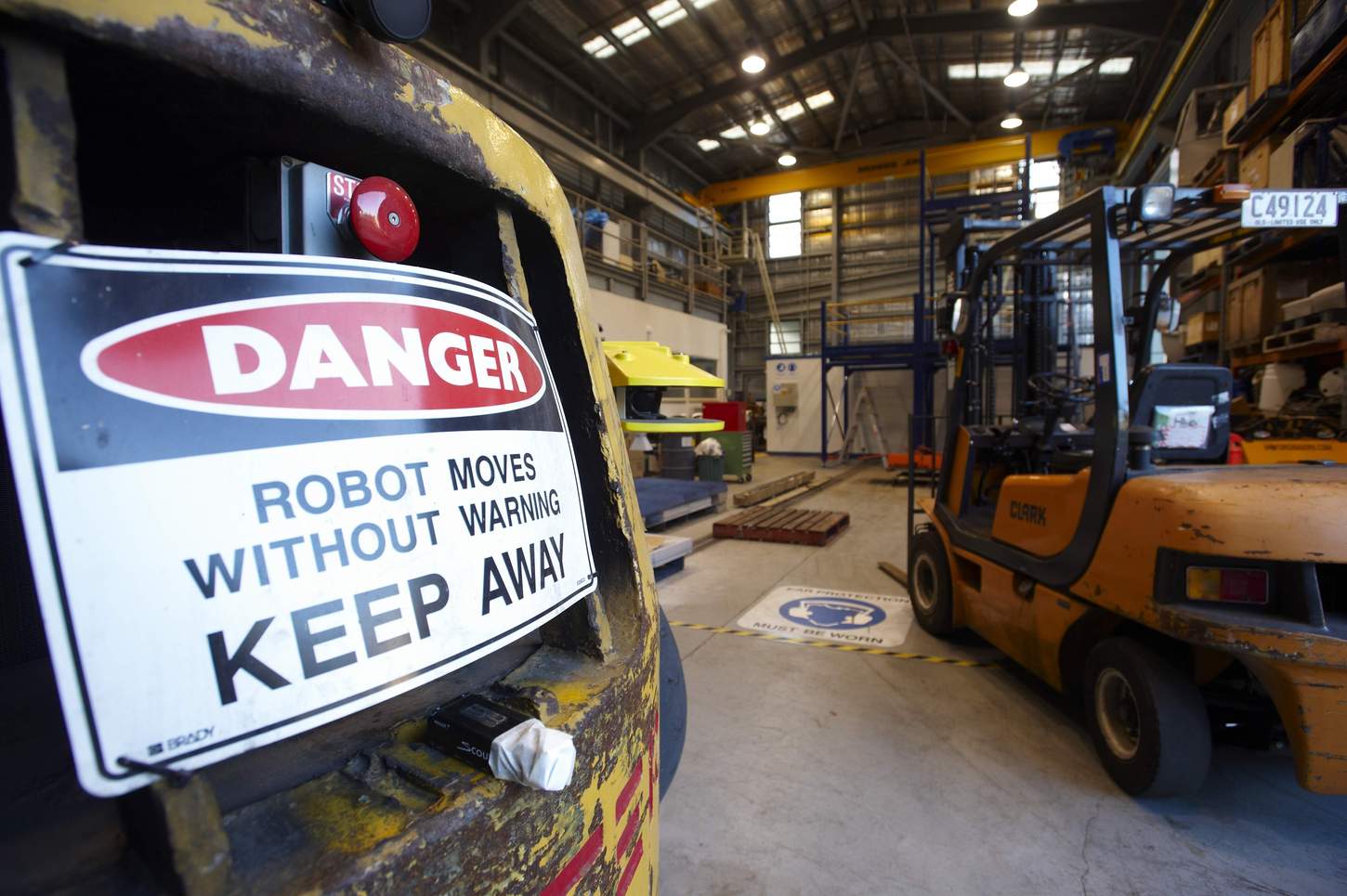 Autonomous systems for driverless robot forklifts and trucks can raise productivity in warehousing and logistics.

Robots have been shown to be effective in increasing productivity in industries varying from spray painting, welding, trailer manufacturing and plastic part manufacture – see the video below.

An industrial robot from automation technology company ABB Australia, installed in 2008 has increased productivity and turnover for Brisbane-based Drake Trailers, one of Australia’s largest manufacturers of low-loader and specialist large scale trailers.

The ABB robot helped Drake Trailers lower unit cost while achieving better finish and repeatability. The increase in productivity at the family-owned company translated into an annual turnover of A$45-50 million, while staff numbers doubled within five years.

The variation in size, shape and product diversity of the one million items processed each year meant that a robot had to be capable of quick and easy transition to cope with the requirements of the facility.

The robotic process installed allowed Hilustre to increase efficiency by about 40%, and reduce the amount of paint per run while increasing the quality and consistency. Lower wastage of paint and solvent has improved economy of the operation.

Assistive robotics offer lots of opportunity for improving the quality of manufactured products. Australian manufacturers are keen to see this happen through use of real time physical and virtual supervision to improve quality and reduce product rejection rates and waste:

Similarly, virtual technologies make expert assistance readily available for problem solving and repairs in remote areas through a computer link, enabling reductions in downtime. They also offer the potential for a shift in business model through sale of virtual services for maintenance.

Ford have been using virtual imaging of vehicles and interiors for some time. The company now plans to simulate the full assembly line production process to improve quality and cut down costs in real world manufacturing facilities.

Faced with an ageing workforce, Australian manufacturers are keen to retain skilled employees by using augmentation technologies, such as tele-supervision and tele-operation, to allow employees safe and productive extended working lives, and to facilitate phased retirement programs.

Instead of an inspector standing in a field, stopping the turbine and photographing potential problem spots with a powerful telephoto lens, the robot carries a camera which enables it to take photos of the turbine blades and beam them back to its operator on the ground quickly and efficiently.

If you too would like assistive robotics in your manufacturing business, we’re seeking ongoing input from Australian manufacturers. Send me your thoughts at peter.kambouris@csiro.au.

Previous post:
Move-it Monday: the 400th reconfiguration of ATCA
Coming up next:
When galaxies collide: the growth of supermassive black holes