A bunch (what is the collective noun?) of scientists and locals from Bermagui on the NSW south coast are going to “blitz” the area next weekend (March 30/31) to try and find out just what makes up their local environment.

Called the Bermagui Bioblitz, the explorers will comb the foreshore, sand dunes, forest, estuary and mangroves to discover which species are present, and make detailed descriptions of what they find. They will use cameras, smartphones and laptops to photograph and record their findings. 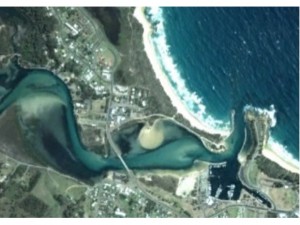 The data and photos will then be uploaded to the Atlas of Living Australia, where it is freely accessible to everyone. The ALA is a partnership between the CSIRO and a number of organisations, that provides a national database of Australia’s biodiversity.

The Atlas is a versatile tool that is valuable to both scientists and ‘citizen scientists’. Citizen scientists will love the ability use the Atlas to explore the flora and fauna already discovered in their neighbourhood, and to be able to add their observations to the database.

Scientists can use the Atlas to find detailed information, records and images about Australia’s flora and fauna, and to view the recorded information spatially.

A great way to access all this information is on a smartphone via the mobile website. If the smartphone has a built-in GPS, the Atlas can use it to find wildlife around your current location.

For up to date information you can follow ALA on twitter, read their blog, or if you are a budding ‘citizen scientist’ keen to get involved, you can set up an account and start contributing.