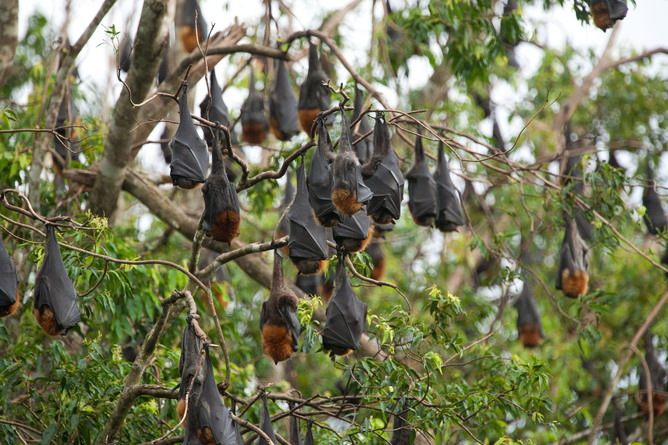 Bats are the natural host species for Ebola and a variety of viruses, many of which can be fatal when transmitted to humans. More than 100 viruses have been identified in bats and this number is rising each year.

Interestingly, bats have the ability to harbour viruses such as Ebola and don’t display clinical signs of disease. Yet once the virus infects other species, it has the potential to cause widespread death and disease. How is it that bats are resistant to a disease that kills up to 90% of people it infects?

The impact of Ebola virus in people is largely the result of the activation of the immune system, rather than the virus itself. During the initial stages of infection, Ebola shuts off the immune response to the virus, resulting in rapid viral replication and a delay in the production of antibodies.

Like all haemorrhagic fevers, this results in widespread tissue damage, leading to internal and external bleeding, decreased kidney and liver function and ultimately, in many cases, death.

The Ebola outbreak in West Africa is the largest ever recorded and is continuing to accelerate. Researchers and drug companies are racing to develop treatments and vaccines targeting the Zaire ebolavirus, the strain that is causing the current outbreak. 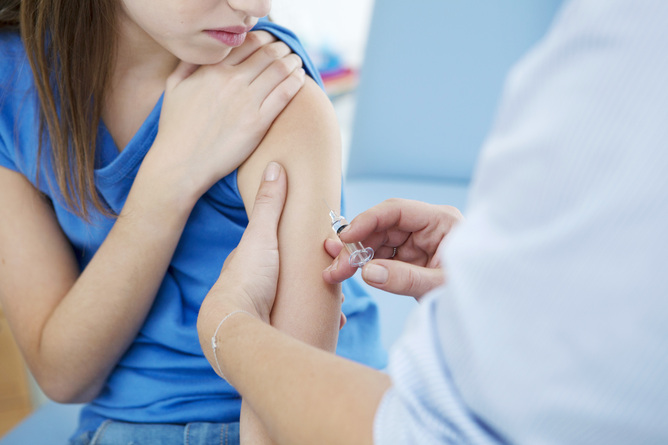 The first human trial to establish the safety of the vaccine and assess the immune responses of volunteers is underway. The researchers hope that by November there will be enough data to make an informed decision about whether to deploy the vaccine in Western Africa.

So far, studies in monkeys have demonstrated that the vaccine provides protective immunity for up to ten months.

Studying how bats control viral replication may unlock alternative mechanisms for tackling Ebola as well as other new and emerging infectious diseases. Increasing antimicrobial resistance of viruses, bacteria and fungi, for instance, is becoming a global concern and we need to think creatively to find solutions.

Bats and viruses have achieved an equilibrium that allows them to co-exist. Clues from studies of bat genomes have revealed differences in genes associated with the very early immune response that could help bats respond to infections. These genes appear to be evolving at a faster rate in bats compared with other species, providing evidence that they are likely co-evolving with the viruses that bats carry.

Functional differences in the immune system may also play a role. Unlike humans and mice, which activate their immune systems only in response to an infection, bats appear to have certain components of their immune system constantly switched on. This may allow bats to control viral replication much more efficiently compared with other species.

If we can redirect the immune responses of other species to behave in a similar manner to that of bats, the high death rate associated with diseases such as Ebola could be a thing of the past.

It’s tempting to look to culling as the answer to deal with bats as the natural hosts of Ebola. This suggestion was made during the spillover of Hendra virus from bats to horses in Australia. But it is not the answer; bats are an extremely successful group of mammals, making up 20% of all mammalian diversity. They are critical to ecosystems, with roles in insect control and pollination.

Rather than persecuting bats, we need to unravel the secrets of the success of this group of mammals. Understanding how bats control viral replication would not only assist in developing future therapeutics but may also help predict transmission events from bats into human and animal populations.

Previous post:
A Nickel for your vote
Coming up next:
Welcome to Port Celebrations for RV Investigator!