Australia’s astronomy future in a climate of cutbacks

Australia’s astronomy future in a climate of cutbacks

What future for the Parkes radio telescope amid the CSIRO cutbacks? Image: Wayne England

CSIRO has cut its funding for radio astronomy by 15%, down A$3.5 million to A$17 million for the 2014-15 financial year. The result will be a reduction of about 30 staff from the plan of just three months ago.

The cuts will impact most heavily on CSIRO’s in-house astronomy research, on the operation of the Parkes radio telescope – instantly recognisable from the movie The Dish – on the less well known but tremendously productive Australia Telescope Compact Array near Narrabri and on the Mopra Telescope near Coonabarabran, all in New South Wales. 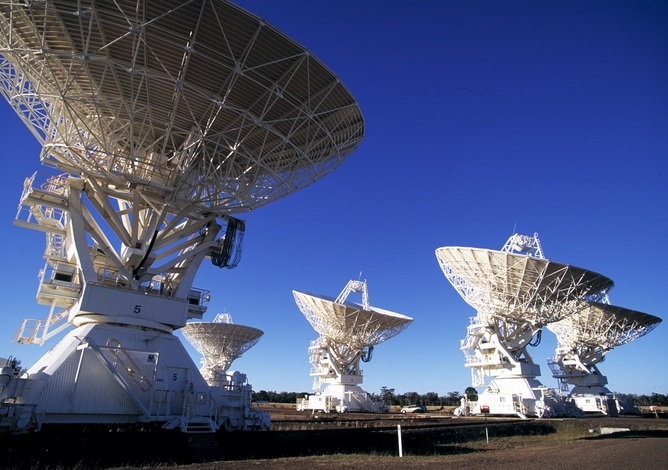 About two-thirds of ATNF’s staffing reduction will be effected through not filling planned new roles, most prominent of which was to be a CSIRO “SKA Chief Scientist”. A third of the reduction will be through involuntary redundancies. Eight staff across sites in Sydney, Parkes, Narrabri and Geraldton have already been informed that their roles are expected to cease.

The speed of implementation of such a substantial funding reduction forces swift action. This has unsettled staff and the broader astronomy community, but it hasn’t changed the broad direction of CSIRO’s astronomy program.

Australian scientists and engineers are world leaders in radio astronomy, both in understanding our universe and in developing some of the most innovative technologies used to gain that understanding, and have been for 50 years.

CSIRO’s Australia Telescope National Facility (ATNF) has been integral to the discovery of the first double pulsar system (a long-sought holy grail of astronomy), the identification of a previously unknown arm of our own galaxy, the Milky Way, and the invention of Wi-Fi now so embedded in everyday communications.

For the past decade CSIRO has been steadily changing the way it operates its radio astronomy facilities. CSIRO’s highest priority is the pursuit of science enabled by the development of an innovative new technology that provides an unprecedented wide field of view.

This uses “Phased Array Feeds” (PAFs) as multi-pixel radio cameras at the focus of dishes. PAFs are being deployed in the Australian SKA Pathfinder (ASKAP), in Western Australia, which will be the fastest radio telescope in the world for surveying the sky. 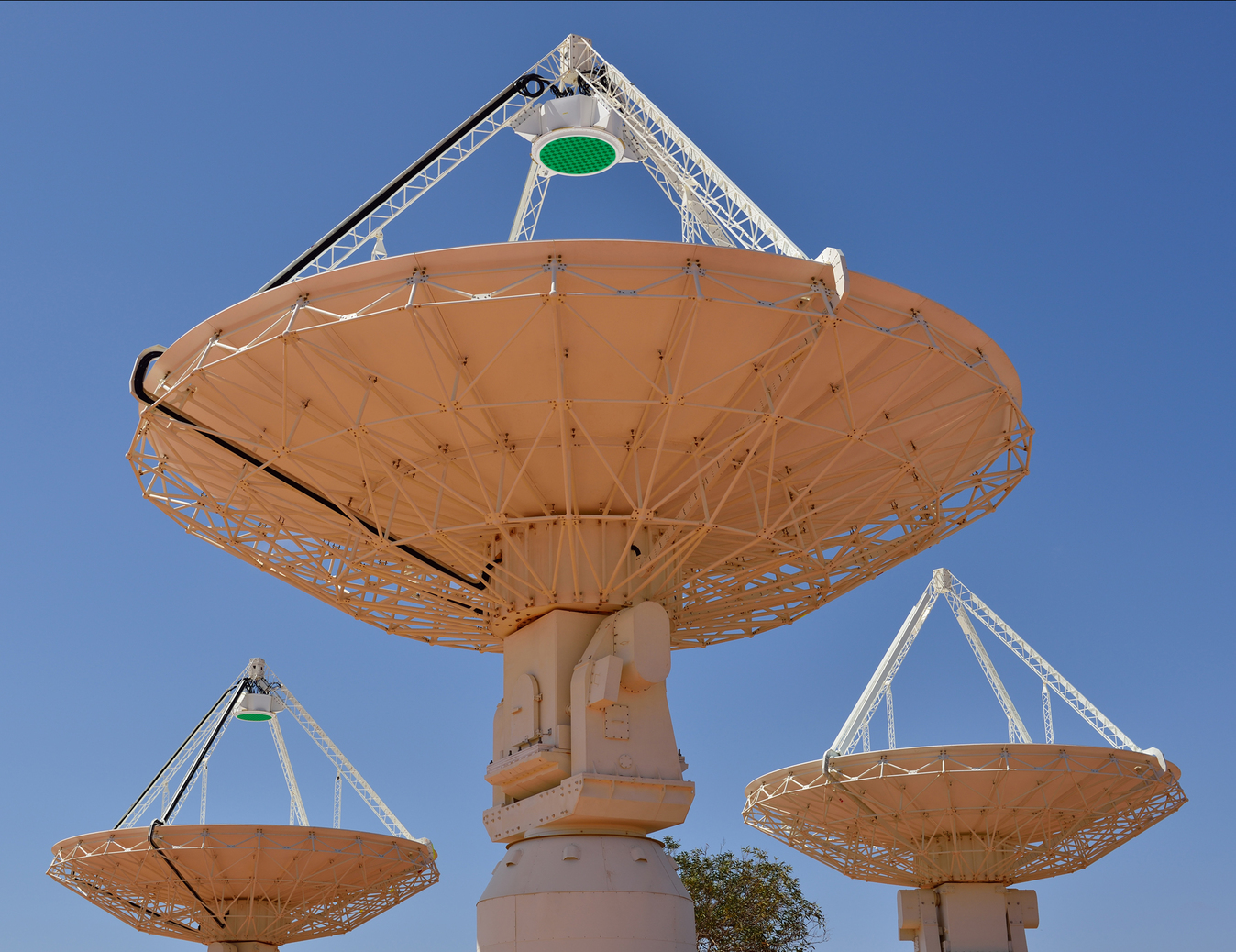 High-speed radio astronomy surveys will be possible thanks to the PAF receivers (green chequerboard at top of the quadrupod) on the ASKAP telescopes in Western Australia.

ASKAP is in the early stages of commissioning. It is just now starting to demonstrate the new capabilities obtainable with a PAF-equipped array.

ASKAP is an outstanding telescope in its own right but is also a pathfinder to the huge Square Kilometre Array (SKA). This enormous project will build the world’s biggest astronomy observatory in Australia and southern Africa. It’s also the most expensive at a cost of around A$2.5 billion.

Cutbacks at The Dish

To resource these exciting developments, CSIRO has been reducing costs and staffing at its existing facilities, including the venerable Parkes Dish. This is a painful but necessary process. The most recent funding cuts will result in more pain.

Astronomers will no longer have the option of travelling to the Compact Array to operate the telescope to collect their data. They can run the telescope from CSIRO’s operations centre in Sydney, or from their own university, or from anywhere in the world via an internet connection.

Astronomers who use the Parkes telescope have been doing this for the past year after a very successful program to make the 50-year-old dish remotely operable. That is pretty amazing for a machine built before the advent of modern computers. 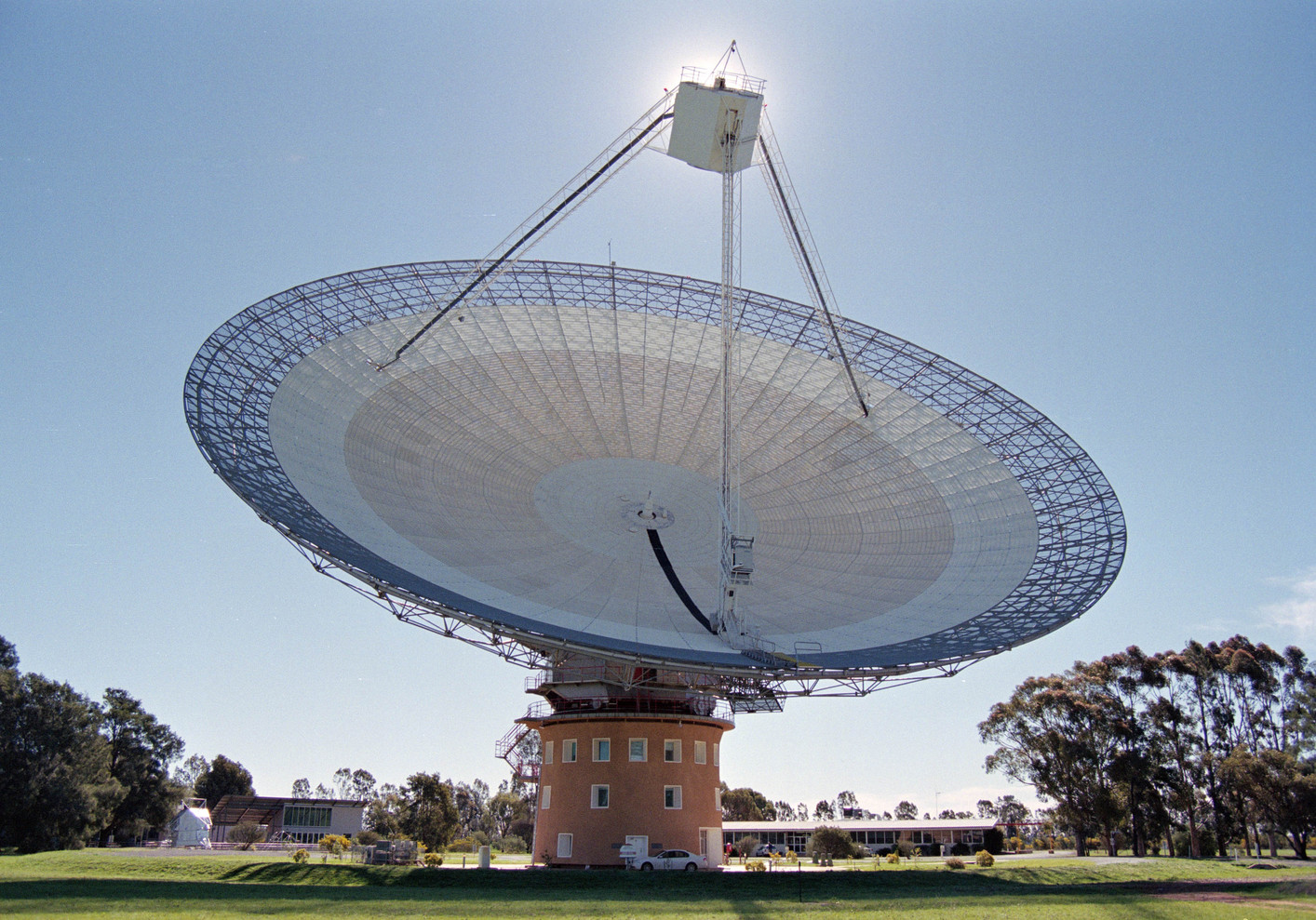 The Parkes dish gets the remote treatment.
Image: John Sarkissian

For many decades Parkes staff have swapped detector systems or “radio receivers” in and out of the focus cabin, the box at the tip of the tripod that sits about 64 metres off the ground. Each receiver operates at different wavelengths and offers quite different types of science.

It seems likely that CSIRO will offer just two Parkes receivers for at least the next six to 12 months, since it will no longer have the staff needed to swap receivers. Similar reductions in the capability of the Compact Array will also be needed to fit within the budget.

While the current changes are painful, the future is incredibly exciting. The direction of Australia’s astronomy is described in the Decadal Plan for Australian Astronomy for 2006–2015. It identifies participation in the SKA and access to the world’s largest optical telescopes as the two highest priorities for Australian astronomy.

We are making progress on both fronts, despite some significant challenges. The process to develop the plan for the next decade is well in hand under the stewardship of the National Committee for Astronomy.

Phased arrays are also at the heart of the Murchison Widefield Array (MWA), another innovative SKA precursor that has been in operation for a little over a year.

ASKAP and the MWA are located in the Murchison region of Western Australia, chosen because it has a tremendously low level of human activity and so astonishingly little background radio noise.

This radio quietness is the equivalent of the dark skies so important for optical astronomers. Less noise means astronomers are better able to detect and study the incredibly weak radio signals from the most distant parts of the universe.

This freedom from radio interference is a unique resource available only in remote parts of Australia and is essential for ASKAP, MWA and much of the science targeted by the SKA. 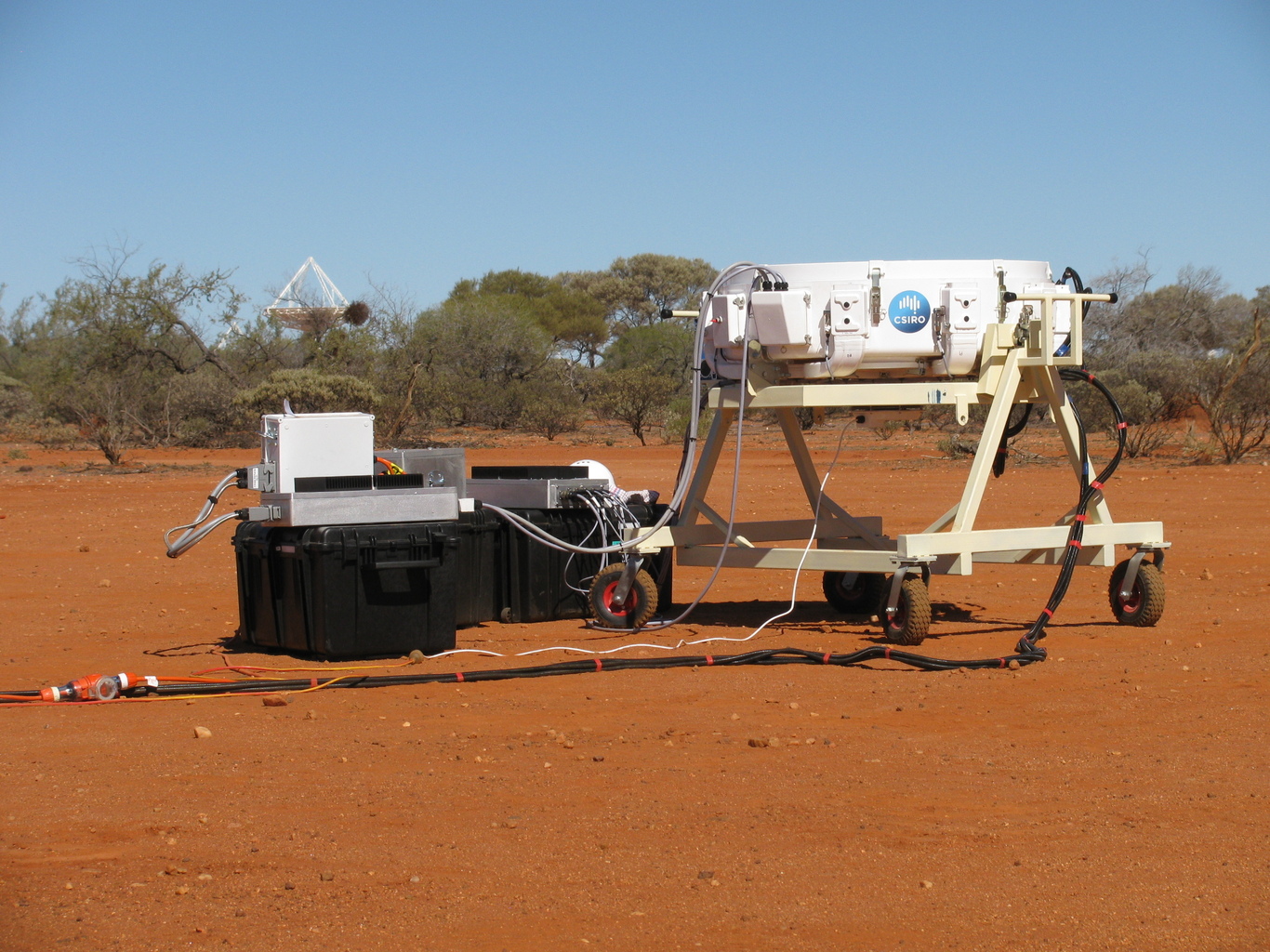 Prototype of the more sensitive second-generation PAFs to be deployed on ASKAP undergoing tests in Western Australia in August 2014.
Image: A. Hotan

The wide fields of view of ASKAP and the MWA enable unprecedented studies of the entire radio sky. Astronomers will measure the radio emission of millions of galaxies and complete massive surveys that for the first time will connect radio astronomy to the more mature field of optical astronomy.

Mapping the sky with EMU and WALLABY

The two highest priority projects for ASKAP are called the Evolutionary Map of the Universe (EMU) and the Widefield ASKAP L-Band Legacy All-Sky Blind Survey (WALLABY).

Both will survey millions of galaxies and together they will trace the formation and evolution of stars, galaxies and massive black holes to help us explore the large-scale structure of the universe.

The MWA is already producing great science targeted at the detection of intergalactic hydrogen gas during what’s known as the “epoch of reionisation” when the first stars in the universe began to shine.

With the SKA we aim to understand what the mysterious dark matter and dark energy are. We may also provide another spin-off such as the Wi-Fi technology, which came from CSIRO efforts to detect the evaporating black holes predicted by Stephen Hawking.

Advances in data-mining or processing techniques driven by the astonishing data rates that will be collected by the thousands of SKA antennas deployed across the Australian and African continents might provide the most fertile ground of all, illustrating once again the long-term benefits of investing in cutting-edge science.

Lewis Ball has received funding from the Australian Research Council. CSIRO Astronomy and Space Science receives funding from a variety of government sources, and from NASA/JPL.