Together with the Chinese Academy of Science, we've produced four decades worth of important collaborations, staff exchanges and new innovations. 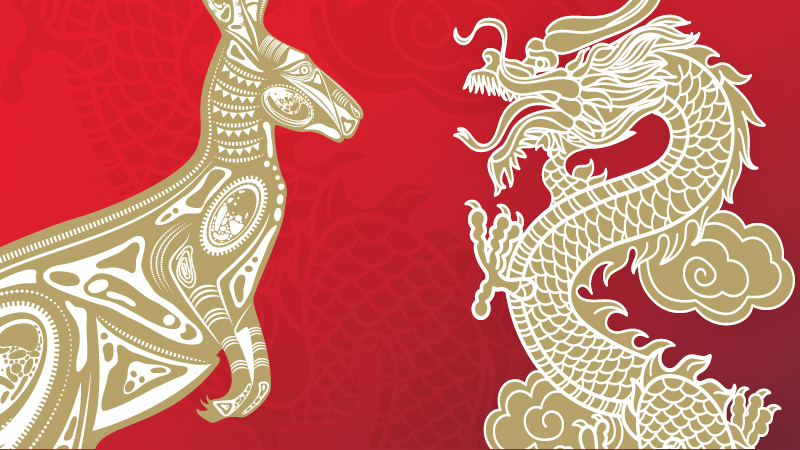 Way back in 1975 when flares and disco were all the rage and the digital revolution was in full swing, a delegation from Bejing’s Academia Sinica (now known as CAS) visited our sites in Canberra, Sydney and Melbourne. It was the blossoming of a long relationship, which over the next 40 years created great benefits for both our countries through research collaborations, staff exchanges and new innovations.

China’s dizzying growth in manufacturing and infrastructure has fuelled a massive demand for energy sources and raw materials – resulting in Australia becoming one of its largest trading partners. Our job has been to ensure we help both Chinese and Australian industries realise the many great opportunities this partnership offers.

In 2013-2014 the Chinese licensee (Maritech) produced the first 1000 tonnes of prawn feed containing Novacq™, our bioactive aquafeed ingredient  for commercial trials to Chinese prawn farmers. This means more profit for prawn farmers and less pressure on our precious marine resources. 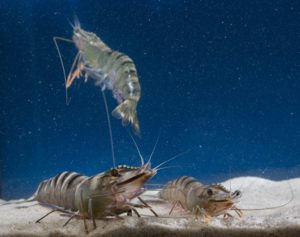 In early 2008, we launched a joint venture with a Chinese company to develop the next generation of the scanner incorporating our world-first neutron technology and Nuctech’s x-ray systems.

This air cargo scanner allows rapid identification of contraband in air freight containers. The world first technology combines neutrons and gamma rays to detect and predict the composition as well as the shape and density of the object. This helps operators identify suspicious materials more readily.

3. FAST – the largest single-dish radio telescope in the world

Nestled comfortably in a valley in a natural hollow in China’s Guizhou province, the Five-hundred-meter Aperture Spherical Telescope is set to be the largest radio telescope in the world.

The telescope is made up of 4 450 reflective panels, measuring 500 metres (1640 feet) in diameter (try and imagine something the size of thirty football fields). The FAST will be able to survey the outer space ten times faster than Arecibo, the second largest radio telescope, located in Puerto Rico.

We are helping to construct the receiver which enables the telescope to detect the radio waves.

4. China builds the antennas for the ASKAP radio telescope

The antennas were built and tested in China by CET54, with the antenna sections then disassembled, shipped to Australia and then reassembled on site. The ASKAP team were very pleased with the reflector activity of the antenna, which meant that they could be successfully be built in the factory and then rebuilt onsite quickly and reliably with little-to-no site adjustments. 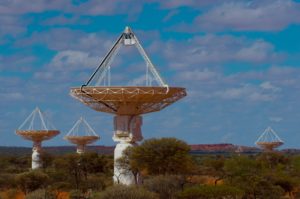 Together with Shanghai Jiaotong University, Jiangjin Turbo Machinery Company and Huainan Coal Mining Group, we created a demonstration unit that was trialled in an underground coal mine of Huainan Coal Mining Group in China in November 2011. The unit operated with about 0.8 per cent methane in the air, which is significantly lower than conventional methane gas turbines.

The origin of the agent that caused the dearly coronavirus (SARS-CoV), remained elusive until 2005 when international collaborative research involving Australian (four of whom were CSIRO scientists), Chinese and American researchers found that bats were highly likely to be the natural host of the virus responsible for SARS.

A joint research centre between Australia and China, and involving us, will allow both Australian and Chinese researchers to share ideas and expertise on important issues such as water efficiency, food security and environmental sustainability. 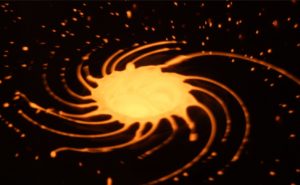 The fiery heart of the dry slag granulation process.

Our dry slag granulation technology can harvest blast furnace waste and convert it into a new product to make cement, benefiting both industry and the environment. We recently agreed to transfer the technology to the Beijing MCC Equipment Research & Design Corporation (MCCE), for a commercialisation trial. If successful, this technology could have massive applications in China, where 60 per cent of the world’s iron waste is produced.

Want to find out more about our strong partnership with China? Then check out our website.

Previous post:
The astoundingly beautiful Ball’s Pyramid, near Lord Howe Island
Coming up next:
These are the droids you’re looking for: CSIRO vs Star Wars