Asteroid passes by Earth and brings its own moon

Asteroid passes by Earth and brings its own moon

The Californian sister station to the Canberra Deep Space Communication Complex (CDSCC) is radar tracking a large asteroid that is passing through our region of space. Closest approach to Earth of the 2.7km wide asteroid occurs at 6.59am AEST, June 1st, 2013.

Using the giant 70-metre wide dish at the Goldstone DSCC, a sequence of  ‘radar images’ was taken of asteroid 1998 QE2 while it was still 6 million kms from Earth, or 15.6 times further away than our Moon. 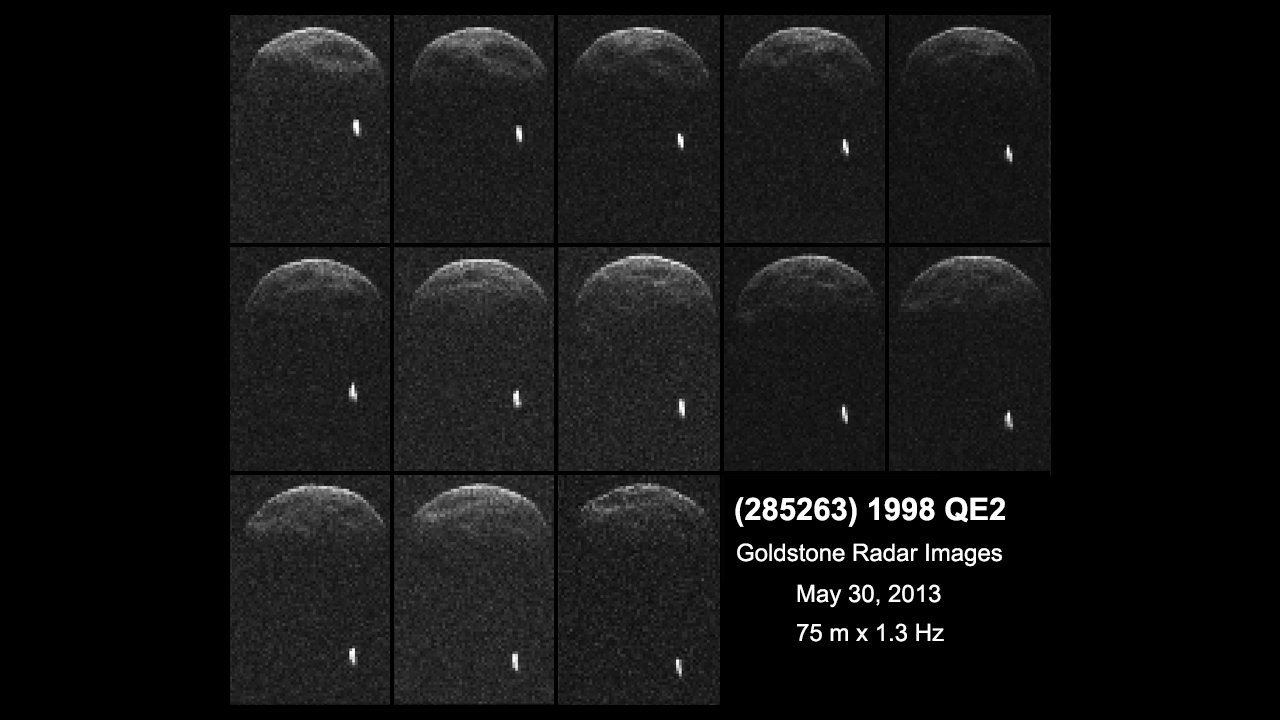 First radar images of asteroid 1998 QE2 were obtained when the asteroid was about 6 million kilometres from Earth. The small white dot at lower right is the moon, or satellite, orbiting asteroid 1998 QE2. Image credit: NASA/JPL-Caltech/GSSR

First discovered in 1998, radar imagery has revealed that 1998 QE2 is actually a binary asteroid. In the near-Earth population, about 16 percent of asteroids that are about 200 metres or larger are binary or triple systems. Radar images suggest that the main body, or primary, is approximately 2.7 kilometres in diameter and has a rotation period of less than four hours. Also revealed in the radar imagery of 1998 QE2 are several dark surface features that suggest large concavities (possibly craters). The preliminary estimate for the size of the asteroid’s satellite, or moon, is approximately 600 metres wide. The radar collage covers a little bit more than two hours.

Between May 30 and June 9, radar astronomers using NASA’s Deep Space Network antenna at Goldstone and the Arecibo Observatory in Puerto Rico, will perform an extensive campaign of observations on the asteroid. The two telescopes have complementary imaging capabilities that will enable astronomers to learn as much as possible about the asteroid during its brief visit near Earth.

The resolution of these initial images of 1998 QE2 is approximately 75 metres per pixel and is expected to improve over the imaging campaign.

Radar is a powerful technique for studying an asteroid’s size, shape, rotation state, surface features and surface roughness, and for improving the calculation of asteroid orbits. Radar measurements of asteroid distances and velocities often enable computation of asteroid orbits much further into the future than if radar observations weren’t available.

Unfortunately, NASA’s radar imaging system is only set-up in the northern hemisphere, so an enormous amount of the sky around us is not covered. What will be needed to keep an eye on the part of space which is not covered by Goldstone’s 70-metre dish is an equivalent system in the southern hemisphere. 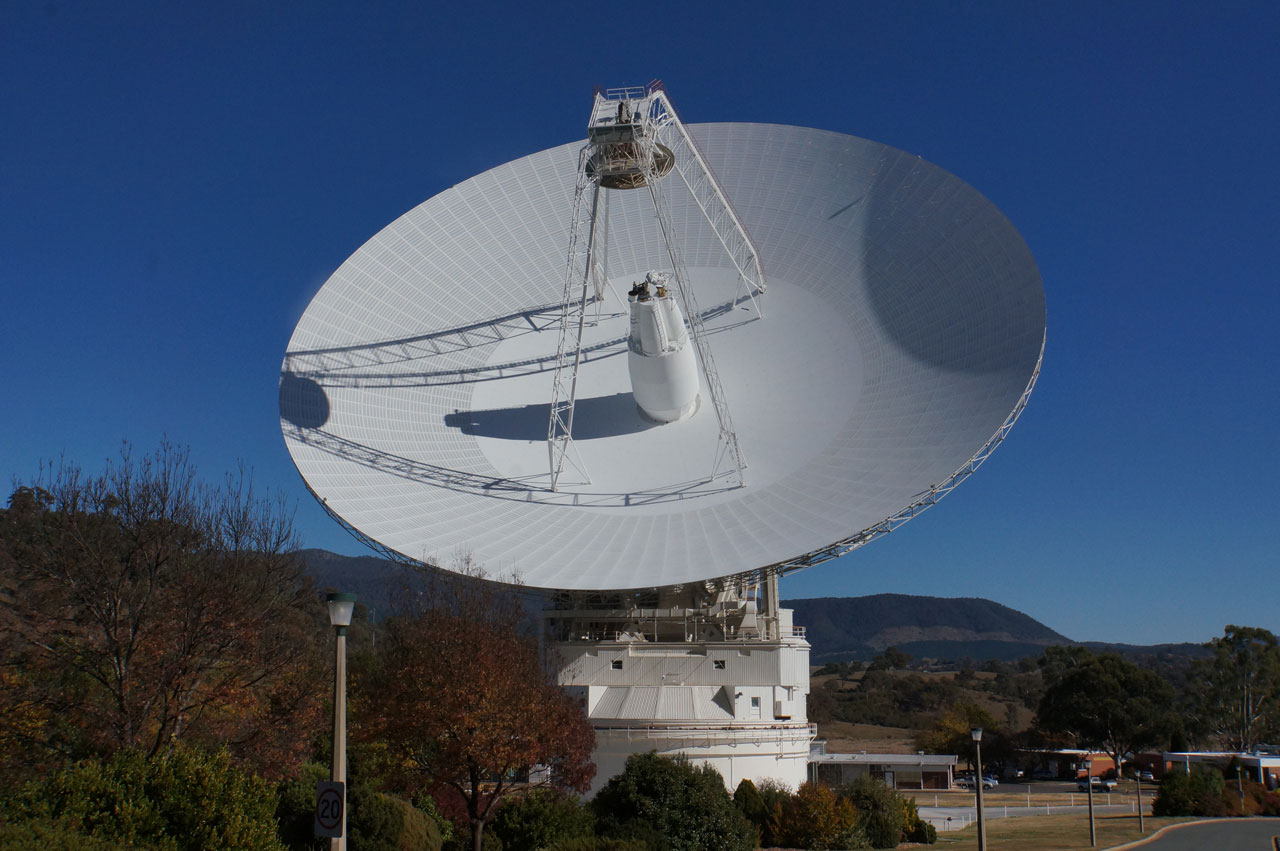 The newly refurbished 70-metre dish in Canberra could one day become an additionally important piece of this system which helps watch the skies for these massive celestial visitors… and their moons!

Previous post:
Will mass customisation change Australia’s manufacturing future?
Coming up next:
Whisky on the bedrocks