The latest analysis of gravitational waves from an event detected by LIGO may change our understanding of neutron stars and black holes. Our ASKAP radio telescope has a key role to play in unravelling the mystery. 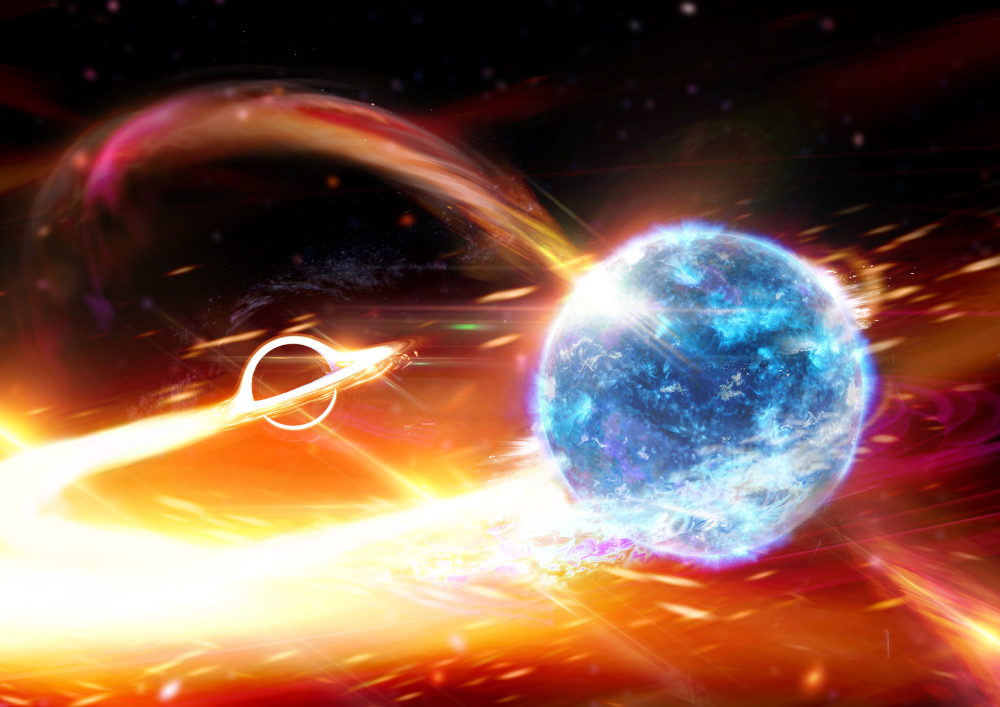 Scientists are puzzled by a new gravitational waves discovery. Have they discovered the heaviest neutron star or the lightest black hole ever observed?

More than a century ago, Albert Einstein predicted massive objects like neutron stars and black holes produce ripples in space as they orbit one another and eventually merge in a violent clash.

The Laser Interferometer Gravitational-Wave Observatory (LIGO) discovered these gravitational waves or ‘ripples’ in space. It bagged three of its founders the 2017 Nobel prize in physics.

LIGO’s system of lasers, mirrors and vacuum tubes make it the most precise ‘ruler’ on Earth. It’s capable of detecting these previously invisible ripples in space, which are smaller than the diameter of a proton.

In August 2019, astronomers received an alert that LIGO had detected gravitational waves from a new type of event. The long-awaited merger of a suspected neutron star and a black hole!

ASKAP on patrol for a gravitational waves discovery

Within minutes of receiving the alert, a team led by Professor Tara Murphy at The University of Sydney activated plans to use our ASKAP radio telescope. They were searching for the afterglow produced by the merger.

Because gravitational waves are so hard to detect, LIGO can’t pinpoint where these mergers occur. So, they send the astronomy community a ‘sky map’ indicating a region where the event happened. Often these maps cover as much as a quarter of the sky. This takes hundreds of hours to search using a regular telescope.

ASKAP is equipped with novel receivers that give it a wide-angle lens on the sky. In one pointing, ASKAP can view an area of sky about the size of the Southern Cross.

Coincidentally, the sky map sent by LIGO for the detection of this merger was about the same size as ASKAP’s field of view. This allowed Tara’s team to observe almost the whole area of the map at once.

Nine days after the merger, the ASKAP team found a source known as AT2019osy that had nearly doubled in brightness over the course of a week. The smoking gun of a radio afterglow?

“We immediately alerted thousands of astronomers involved in the gravitational wave follow-up effort, and telescopes across the world, and in space, began slewing to observe our candidate,” team member Dougal Dobie, a co-supervised PhD student at The University of Sydney and CSIRO said. 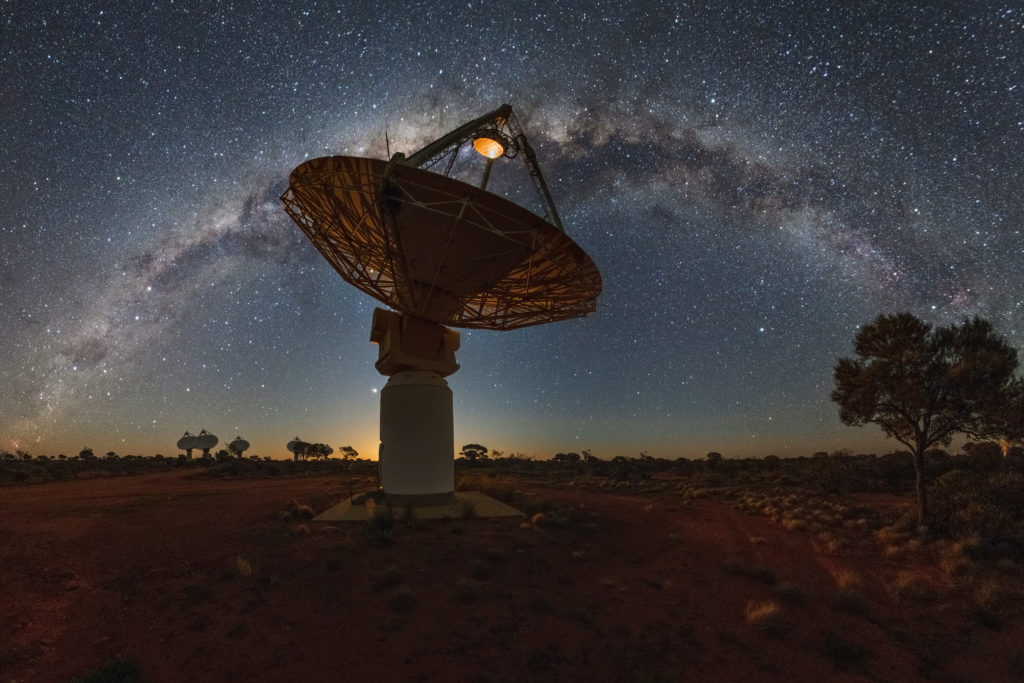 Our ASKAP radio telescope is a made up of 36 antennas working together as a single instrument, located at the Murchison Radio-astronomy Observatory in Western Australia. The setting Moon is hidden behind one of the antennas and reflected off receiver at the focus of the dish. Mars is visible directly above it. Image: CSIRO/A. Cherney.

False start but the tide’s rising

“Unfortunately, these observations suggested AT2019osy was produced by normal activity from the black hole at the centre of a galaxy and unrelated to the merger,” Dougal said.

Continued ASKAP searches didn’t find any other candidates. This might seem disappointing but the ASKAP team say the effort was not wasted. A non-detection rules out several scenarios and helps place limits on the energy released during the merger.

Hints of a deeper mystery

Ongoing analysis of the LIGO data has shown the lack of a radio counterpart may even support the idea something unexpected is happening. The signal received by LIGO when a merger occurs depends on the mass of the two objects involved. Initial analysis suggested the merger of a neutron star and a black hole. But a recent announcement suggests this may not be the entire story.

“We may have discovered either the heaviest neutron star or the lightest black hole ever observed. If it really is a heavy neutron star, this will radically alter our understanding of nuclear matter in the densest, most extreme environments in the Universe,” Rory Smith from OzGrav-Monash University said.

The presence or absence of a radio counterpart may help tip the balance one way or another.

Catching the next wave

The era of gravitational wave research is still young. As the sensitivity of LIGO improves, it will detect more mergers at even greater distances.

“This is just the tip of the iceberg. ASKAP’s fast survey capability will enable us to probe the sky deeper and wider than ever before, playing a key role in understanding these mergers,” Tara said.

We acknowledge the Wajarri Yamaji as the traditional owners of the Murchison Radio-astronomy Observatory site.