The small Arnhem Land community of Baniyala is carving open a world of opportunity, with a little help from friends at CSIRO. 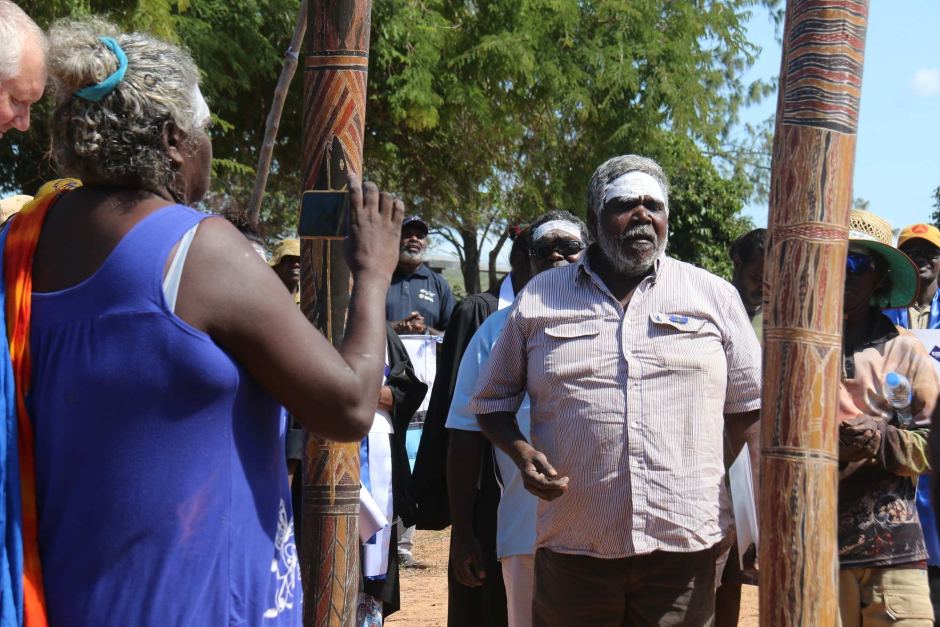 A tiny Indigenous homeland community in Arnhem Land is taking charge of its economic future — and a sea cucumber pipeline from the Top End to Tasmania could be the result.

Baniyala, a community home to just 150 people on Blue Mud Bay in the Gulf of Carpentaria, has also enlisted the country’s top science agency, the CSIRO, to help attract more economic opportunities.

The traditional owners of Baniyala are still battling bureaucracy to gain control over local services and leases from both the NT Government and the Northern Land Council.

Despite that, traditional owner and senior leader Djambawa Marawili is determined that his community will not sit around and wait for progress.

“It is time for us to look after our country and care for the country and work for it,” Mr Marawili said.

“This is what we’ve wanted. We wanted to have self-determination and be self-sufficient.”

This year the Baniyala Garrangali Aboriginal Corporation (BGAC) contracted the CSIRO to start investigating how it could boost the local economy.

CSIRO senior research scientist Marcus Barber said his job was figuring out what industries could work for the local people and if the environment could support them. 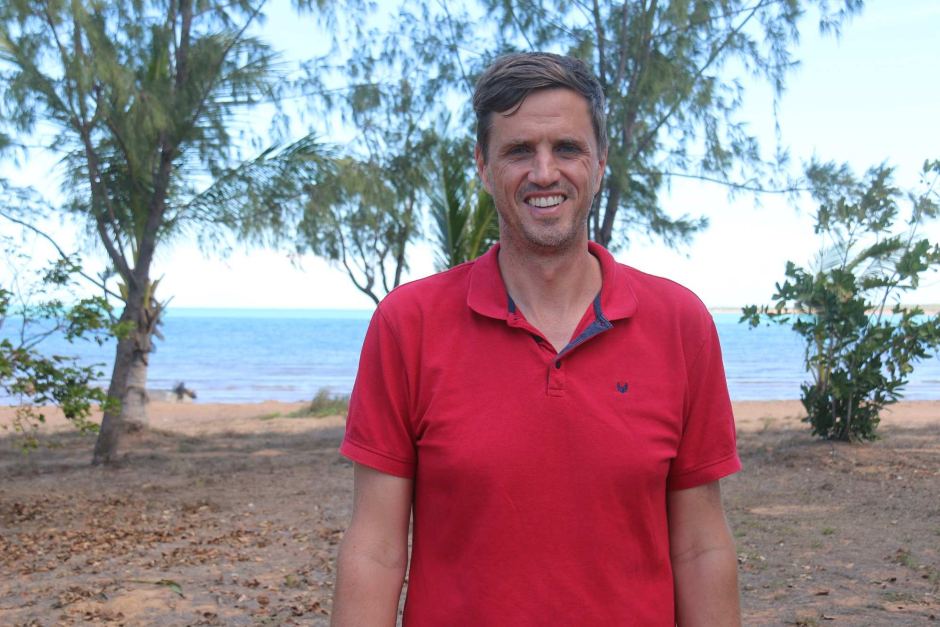 He said there was a growing need for this sort of work across Australia due to the rise of native title.

“What we’re really doing is responding to a significant shift in Australian land ownership effectively,” he said.

“Traditional owners across Australia — certainly the ones that I’ve had the privilege to engage with — are thinking very carefully about the future for their traditional lands.”

For Baniyala, Mr Barber is investigating the possibility of industries as wide-ranging as aquaculture, mining, forestry, eco-tourism and fishing charters.

“It will include the fisheries sources, the environmental resources, the potential for carbon abatement, and also obviously what rocks are here and what’s in the ground.” 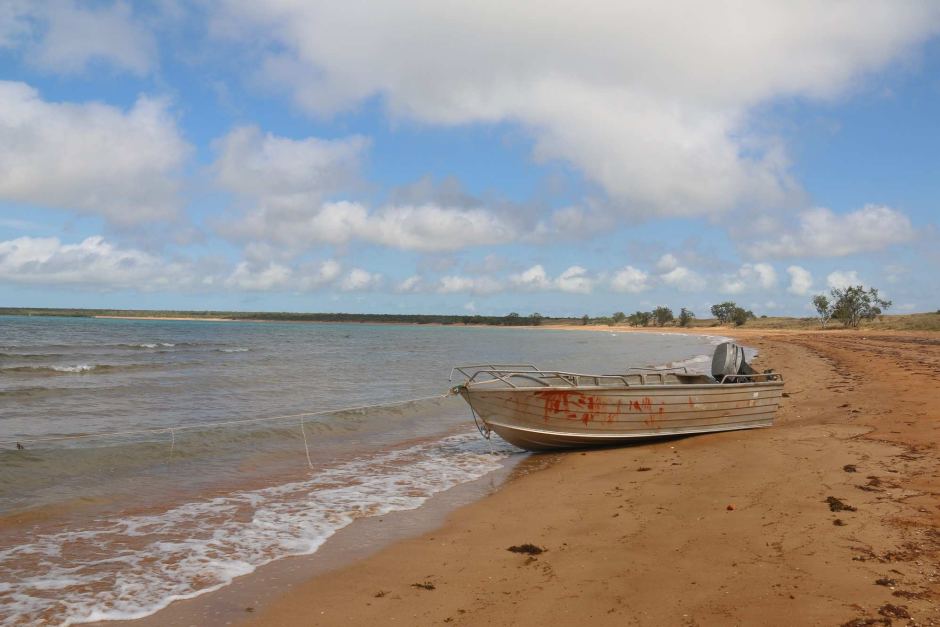 Baniyala, which sits on Blue Mud Bay, could be home to a thriving aquaculture industry. Credit: ABC News, Emilia Terzon

“For example, we’ll be looking at whether, if you have commercial fishing and recreational fishing and tour guides working in the same environment, will that work?

“And if aquaculture is added to that, will that work?”

For two years, BGAC has been in talks with the company Tasmanian Seafoods to farm sea cucumbers — also known as trepang — in Blue Mud Bay.

BGAC business manager James Holman said a key part of this agreement would be getting locals to harvest the valuable sea animals.

“That will mean the Yolngu being engaged in business, going out and collecting trepang, processing it, and then delivering it to Tasmanian Seafoods,” he said.

At the end of Baniyala’s dirt airstrip, the homeland’s only store is also a source of optimism.

Last year, BGAC put in an Indigenous workforce policy and it is now being largely run by two local women.

The store’s latest coup involves moving over to contactless card payments — a small win for an isolated outback community with patchy phone reception. 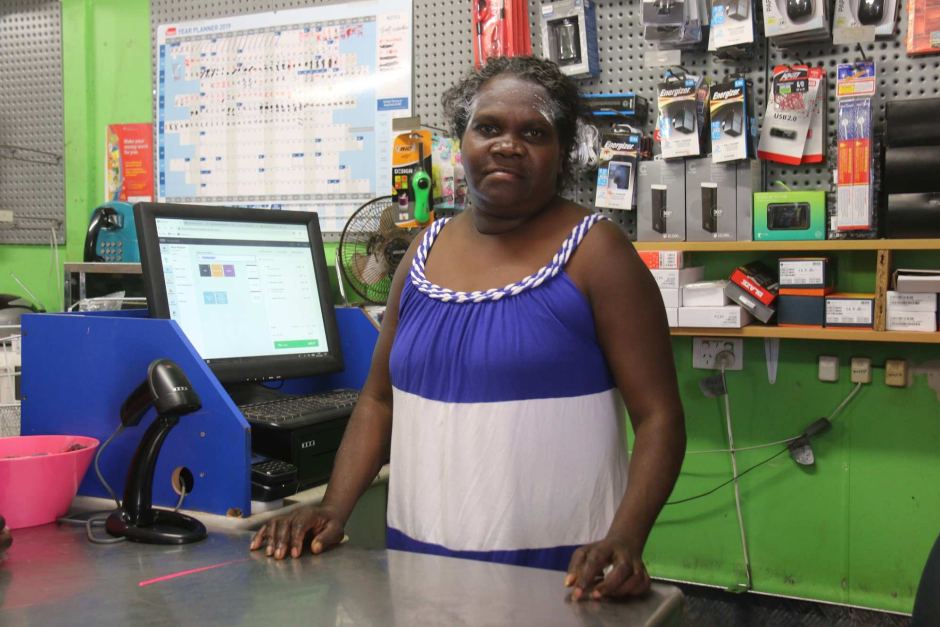 “I was using a calculator when I first worked here,” she said.

Traditional owner Mr Marawili said all he wanted was for his community to prosper and determine its own future.

“It’s a future for our children to come,” he said.

“We would like this to happen in homelands. It’s been too long for us waiting around for others making decisions.”

This article is republished from the ABC. Read the original article.

Previous post:
Life in plastic, not fantastic: reducing waste in our oceans
Coming up next:
Music you can bug out to