Refreshed and salty from its travels along the Ningaloo Reef, our favourite underwater robot Starbug X has been shining a light on some of the secrets beneath the world-heritage waters. 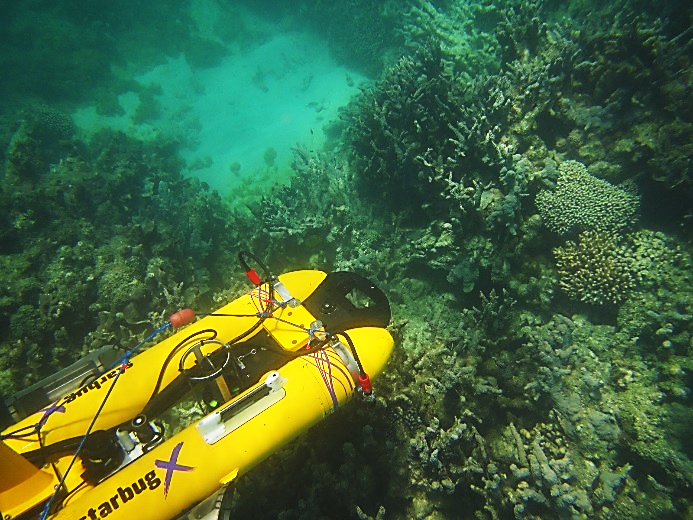 Photo of Starbug X in water

Refreshed and salty from its travels along the Ningaloo Reef, our favourite underwater robot Starbug X has been shining a light on some of the secrets beneath the world-heritage waters.

Starbug X is kitted out with some pretty special technology. It can operate completely autonomously and uses special sensors to detect what is below and in front of it. High resolution cameras – one which can record 360 degree images – and a light, help snap images from up to 100 meters deep.

It was with this impressive tech that on their latest mission, scientists were able to discover a 19th Century anchor. 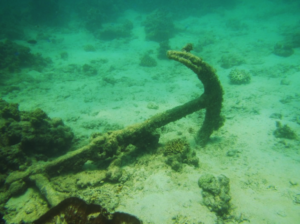 “In all the years we’ve been researching the reef at Ningaloo we’ve never come across anything manmade except for fishing line,” said CSIRO senior research scientist Dr Russ Babcock.

“We didn’t realise what we’d discovered until later that night when we were looking at the pictures we’d captured. Luckily Starbug X knows where it is at all times and the next day we were able to go to the exact location and have a look for ourselves.

“We called the WA museum and sent them photos and we think it’s from an old trade boat, potentially servicing some of the outback stations along the Western Australian coast in the late 1800s.”

Now while Starbug X is super smart, it isn’t super-fast and that might be why during the same trip it was caught riding the drift of a turtle.

“It was after another day on the reef and we were looking through the day’s photos and came across some unusual patterns. At first we thought it was a fish but then as the photos progressed we were able to figure out it was floating over the top of a turtle. 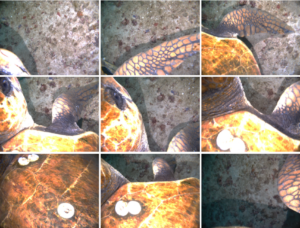 Turtle drifting sure makes life easier for an underwater robot. Don’t worry the photos are closer than reality.

“It’s not unusual for the wildlife to be inquisitive about Starbug x, especially reef sharks. It’s never been attacked but it’s definitely caught the eye of a couple of curious sharks who’ve circled around a few times to see what’s going on.”

While it might all sound like a bit of fun, our underwater explorer plays a key role in our research on the reef.

“As part of our Ningaloo Outlook project, Starbug X plays a really important role in mapping the shallow and deep parts of the reef and helping us to better understand the marine habitat and the animals that live there.”

Watch Starbug X submerge into the water where it cruises past the old anchor. As it continues through the deeper parts of the reef, the water becomes noticeably darker because of less available sunlight. Half-way through the video its forward and bottom sensors detect an obstacle which it thrusts up and over. Bonus points if you can spot the shark!

Ningaloo Outlook is a BHP Billiton-CSIRO Industry-Science Marine Research Partnership investing A$5.4 million over five years to gather new knowledge on the Ningaloo reef and its important ecological values.

And for those of you at home wondering how you can get your own Starbug X, you may be interested to know it is a CSIRO invention, built in our Engineering and Technology warehouse in Hobart. It’s just one of many high-tech machines the team purpose builds for our underwater research.

Previous post:
Melbourne’s rainwater tanks overflowing… with mosquitoes
Coming up next:
The Australian manufacturing industry is not dying, it’s evolving