When 7-year-old Sophie wrote to Australia's leading science agency and asked for a dragon, we knew it was time to step up our dragon R&D program. 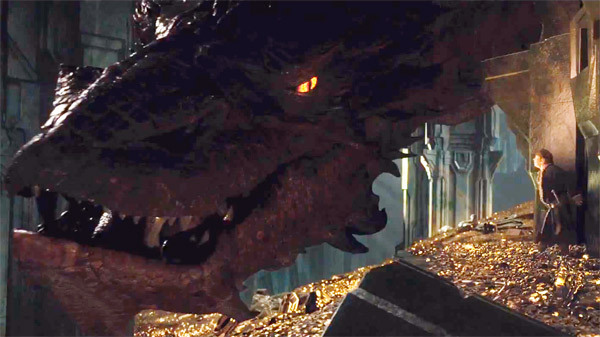 A mythical generator: Could the fire in Smaug’s belly power a small city?

We’ve been doing science since 1926 and we’re quite proud of what we have achieved. We’ve put polymer banknotes in your wallet, insect repellent on your limbs and Wi-Fi in your devices. But we’ve missed something.

There are no dragons.

Over the past 87 odd years we have not been able to create a dragon or dragon eggs. We have sighted an eastern bearded dragon at one of our telescopes, observed dragonflies and even measured body temperatures of the mallee dragon. But our work has never ventured into dragons of the mythical, fire breathing variety.

And for this Australia, we are sorry.

This came to our attention today when we received the following letter:

My name is Sophie and I am 7 years old. My dad told me about the scientists at the CSIRO. Would it be possible if you can make a dragon for me. I would like it if you could but if you can’t thats fine.

I would call it toothless if it was a girl and if it is a boy I would name it Stuart.

I would keep it in my special green grass area where there are lots of space. I would feed it raw fish and I would put a collar on it. If it got hurt I would bandage it if it hurt himself. I would play with it every weekend when there is no school. 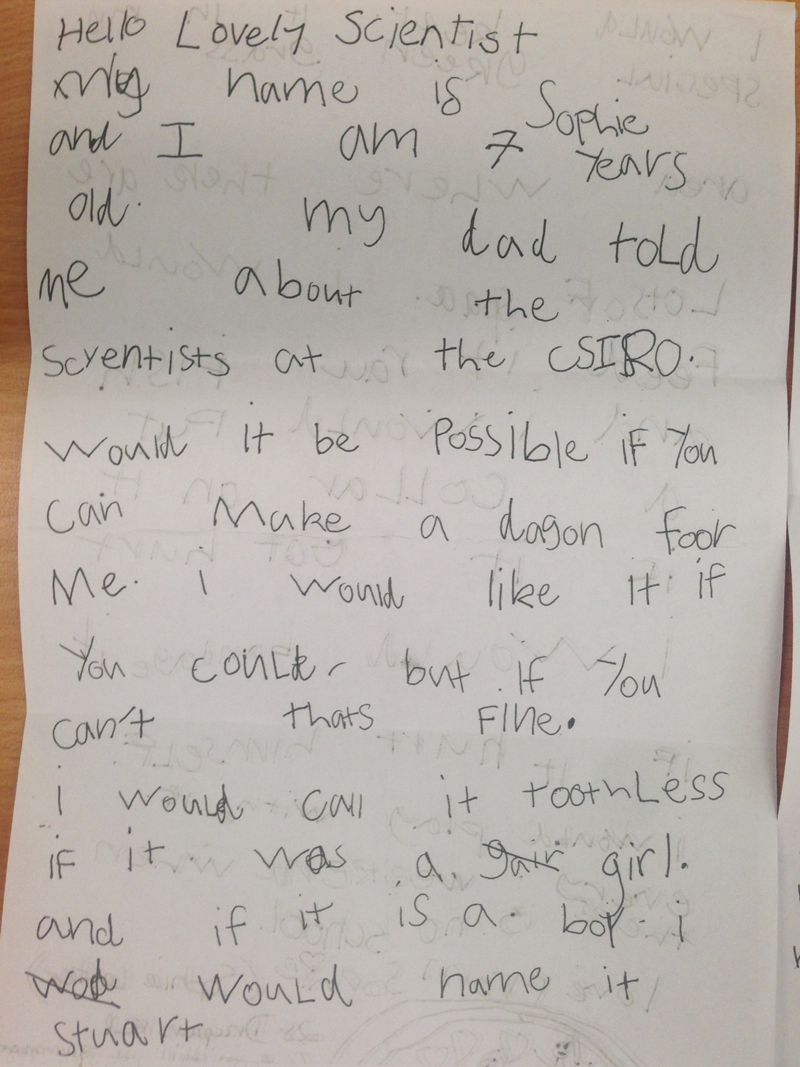 Fanmail, with a call for dragon R&D.

Last week the Scientific American hypothesised whether dragon fire would be produced by flint, gas, or rocket fuel. We already do some research in alternative fuels, so perhaps dragon fuel is a good area for us to start accelerating our dragon R&D program. Hobbit fans would have observed the amount of fire in Smaug’s belly. But how much energy could it produce? Would dragon fuel be a low emissions option?

Thanks for the fuel for thought, Sophie. We’re looking into it. In the meantime, you can always admire the brood of Daenerys Targaryen. 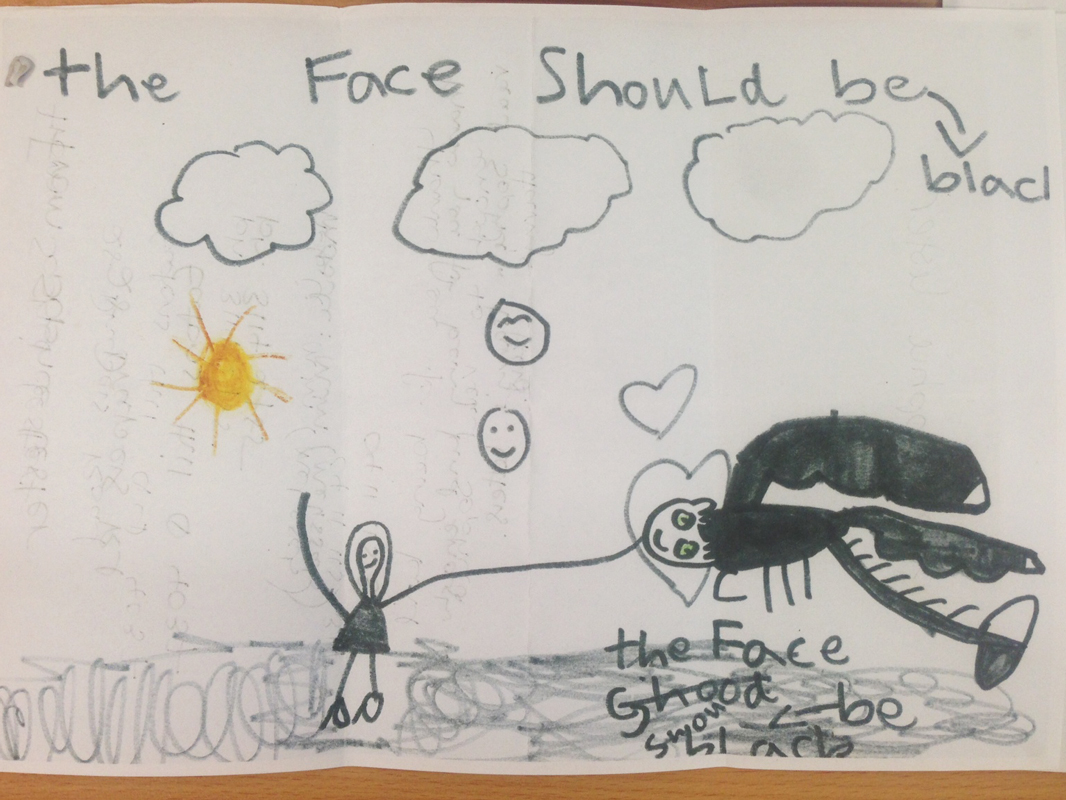 UPDATE: We made Sophie a dragon. Really. Check it out in our latest post, Here be 3D printed dragons.

Previous post:
Could Australia ever have its own Silicon Valley?
Coming up next:
Investigator at night