A walk in the Parkes

A walk in the Parkes

There ain't no party like a space party! It’s been 50 years since Australia helped broadcast humankind’s first steps on the Moon around the world. See how our Parkes and Tidbinbilla sites celebrated.

We came. We saw. We left Parkes and Tidbinbilla feeling more starry-eyed than ever before.

This weekend over 20,000 Aussies joined us in Parkes and Tidbinbilla to celebrate the 50th anniversary of the Apollo 11 Mission. Apollo 11 saw humankind set foot on the Moon.

Our lucky attendees watched The Dish at the Dish, admired cars from the era, heard from Aussie astronaut Dr Andy Thomas, took tours with space experts, and watched the Moon landing in real time. All while spacing out to our splendid space soundtrack. 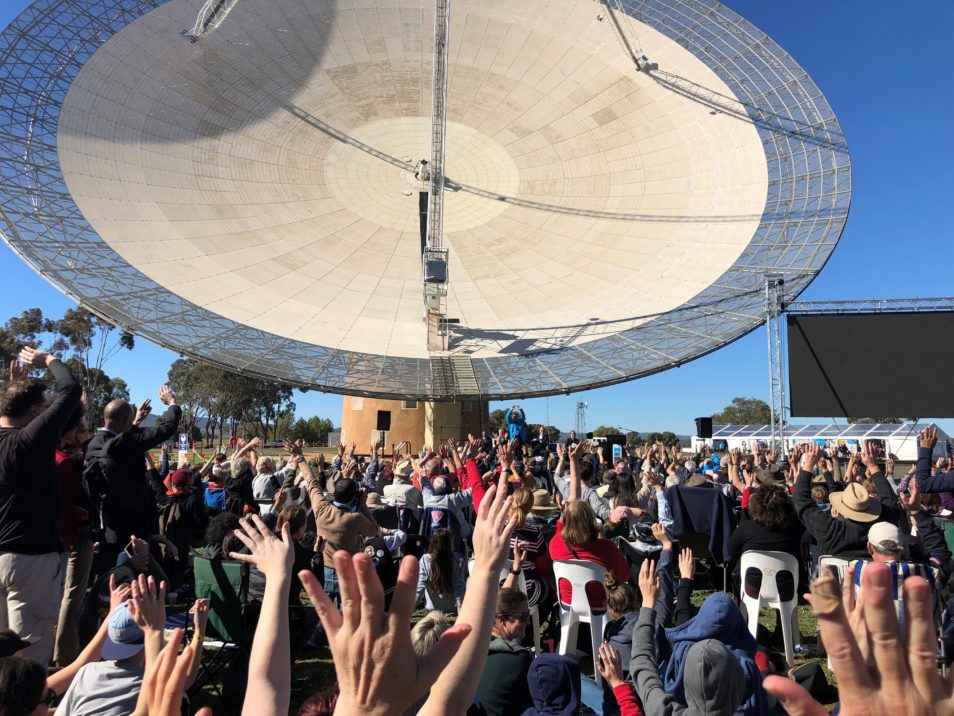 Larry Marshall asks the crowd “Who loves Australian science?” Well, it appears we aren’t the only ones. 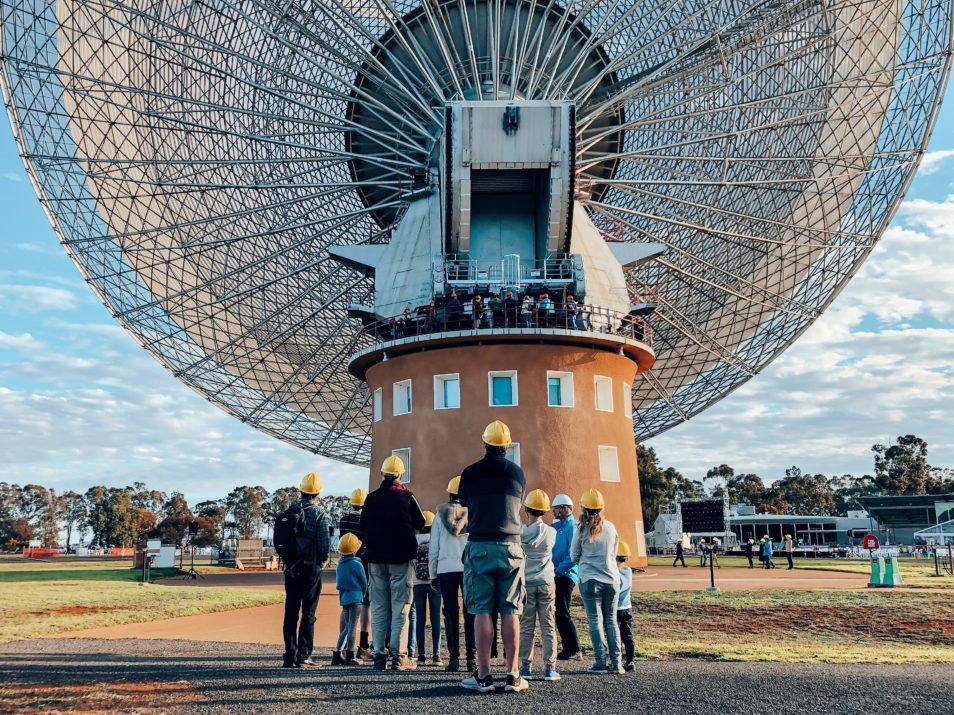 Safety first! We ran back-to-back tours all day on Saturday and Sunday. And showed over 2000 people inside our Dish at Parkes. 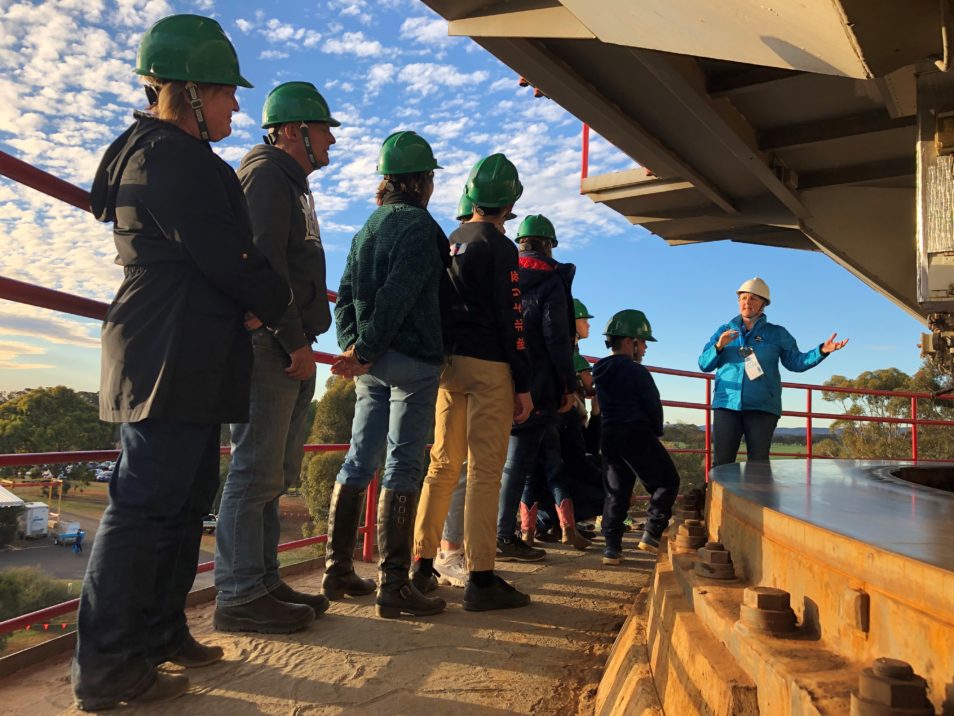 “And if you look to your right you might just happen to notice a 64m wide radio telescope.” 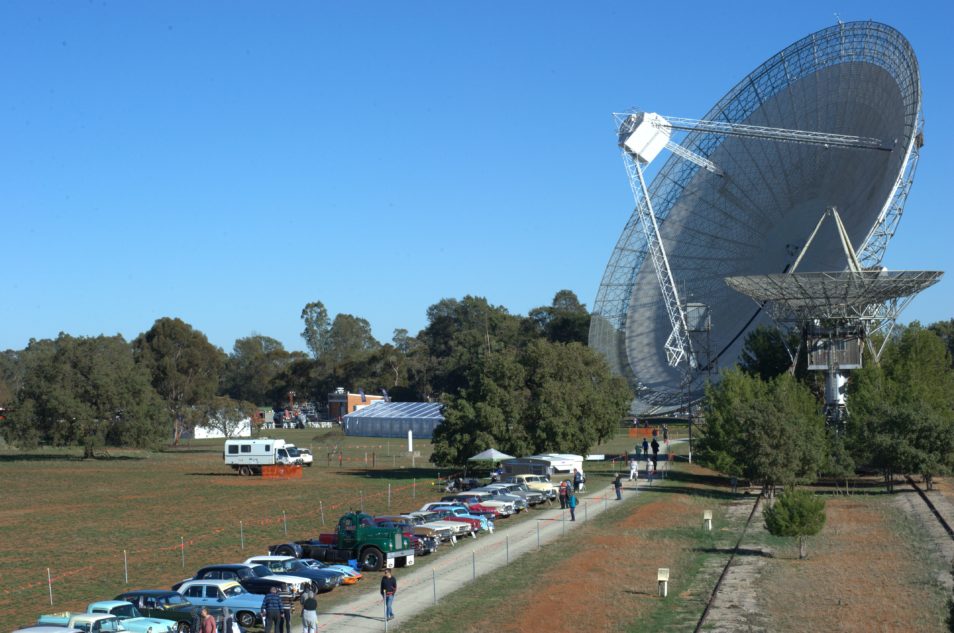 The Parkes Open Days included a celebration of vintage cars from the 1960s. You may have seen these automobiles many moons ago … 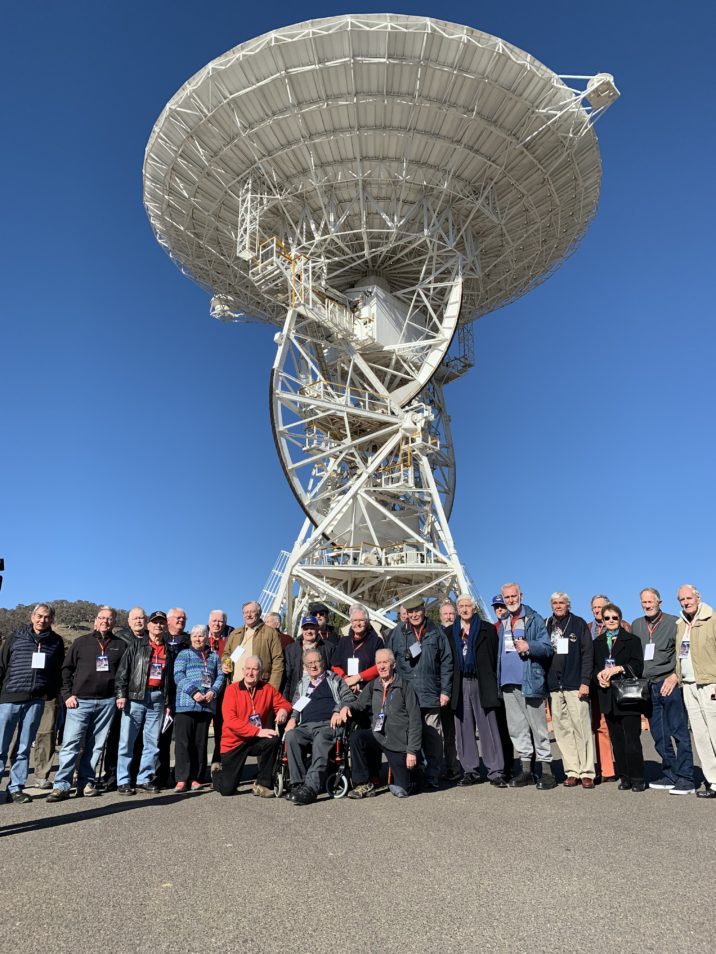 The the former Honeysuckle Creek dish used to broadcast footage of the Apollo 11 Moon landing is now located at the Canberra Deep Space Communication Complex. 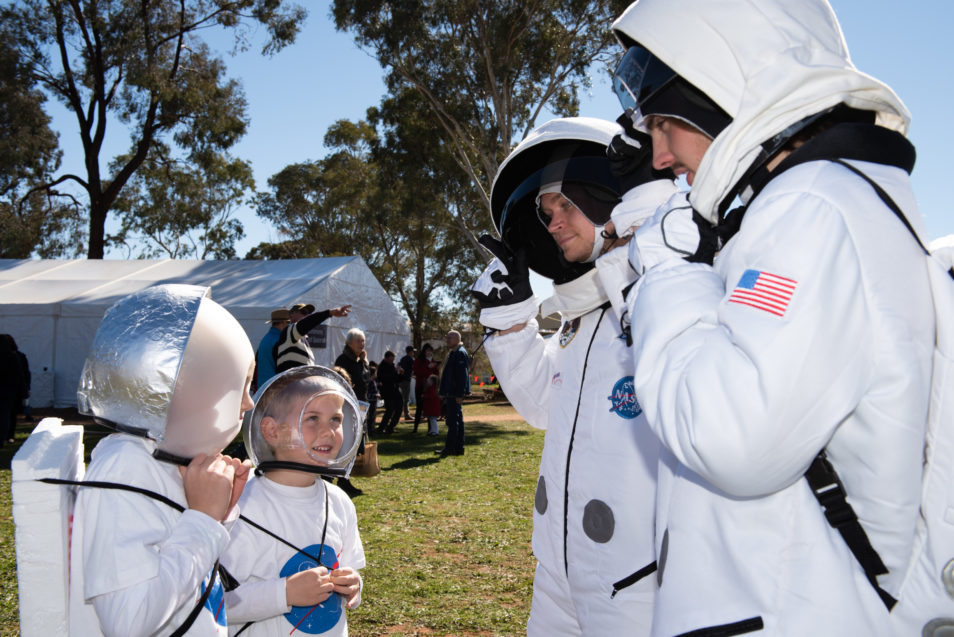 As our Chief Executive, Larry Marshall said, “The opportunities before our children are as unlimited as space itself.” Two aspiring astronauts meet two aspiring (adult) astronauts at Parkes! 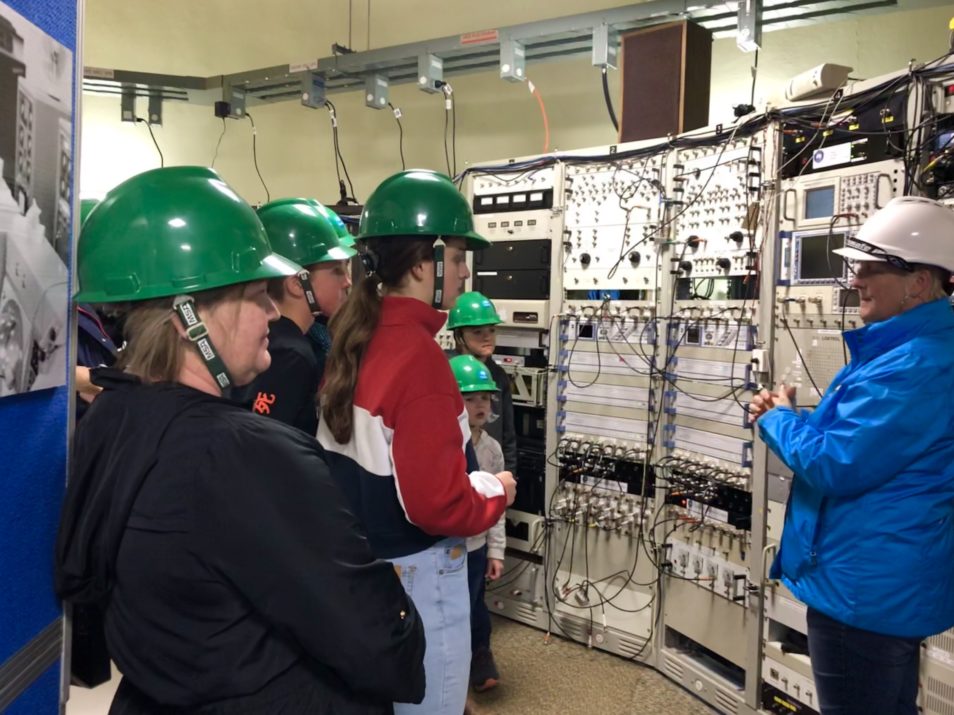 Visitors got to peak inside the Dish. Do you recognise the background of this photo from the film?! 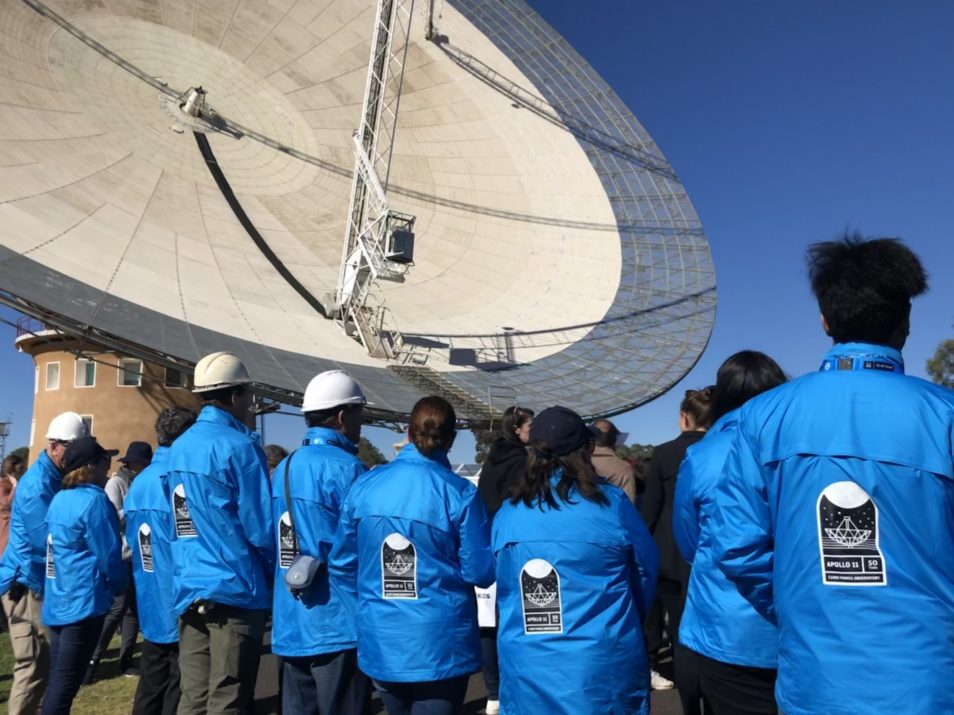 Blue jacketed people stand in front of the Dish

A hearty thank you to our army of bright blue volunteers at Parkes! 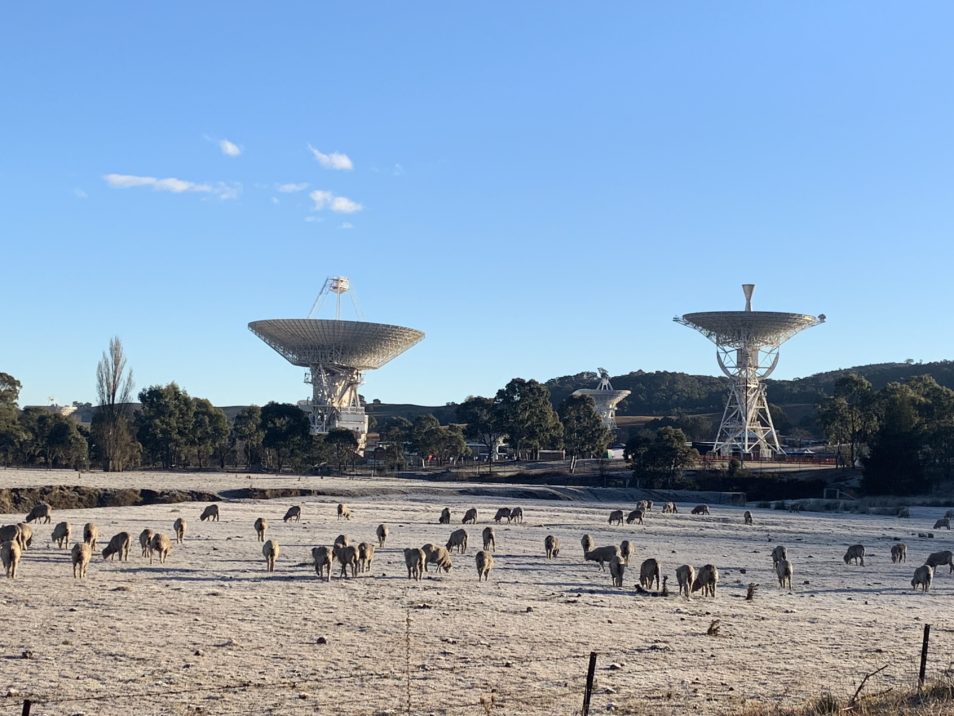 We woolly love science! We had some keen sheep visit our Tidbinbilla site for the Moon-landing celebrations. 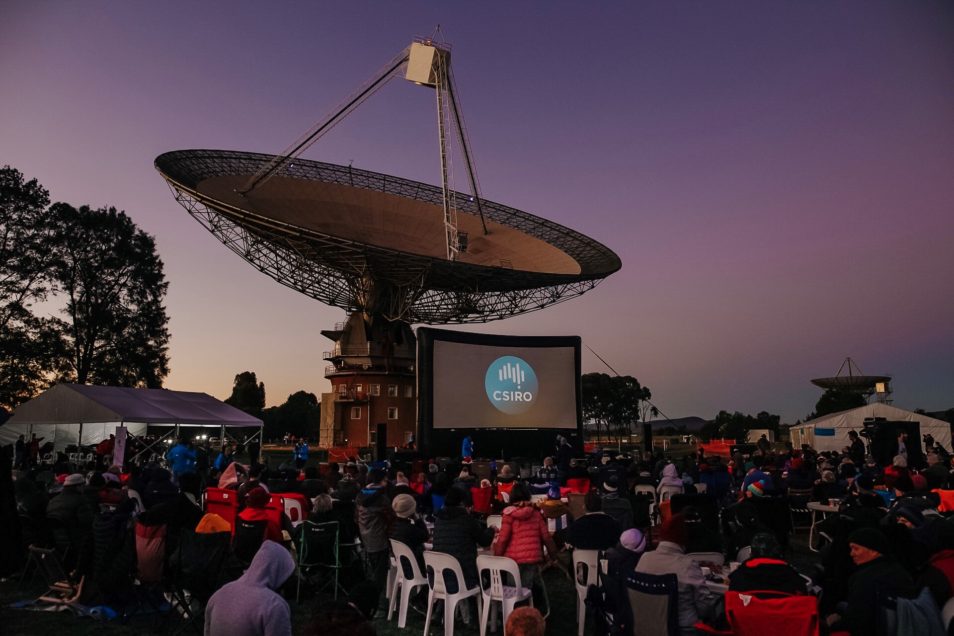 What better way to end the day than watching The Dish at the Dish?

Missed out, or just keen to re-live the weekend? Scroll through the #Apollo50Aus hashtag on Instagram!

And you can capture the highlights from Friday night’s ‘Science at the Pub’ event in Parkes. Our stellar scientists shared stories about their work in front of a sold-out crowd. https://twitter.com/i/moments/1153901352575127552

Thank you again, to everyone who came along to the space parties, or followed the fun from home. While the Moon dust has now settled on the weekend, remember that there are exhibitions and Moon events still happening around Australia. Some of which run through to the end of the year.

Keep an eye on our channels for more on the future of space. As Larry Marshall said, “The new era of space exploration will inspire the next generation to make the ‘impossible’ possible.”

What is Australia's role in the future of space exploration?

Previous post:
How do you get a job in space without leaving your home planet?
Coming up next:
Space savvy? Take our Moon Quiz!