A stellar 3D movie of a rare meteorite

A stellar 3D movie of a rare meteorite

Our 3D imaging and characterisation technology has been used to build a complete picture of a newly-discovered meteorite - that's older than the Earth - in the South Australian outback. 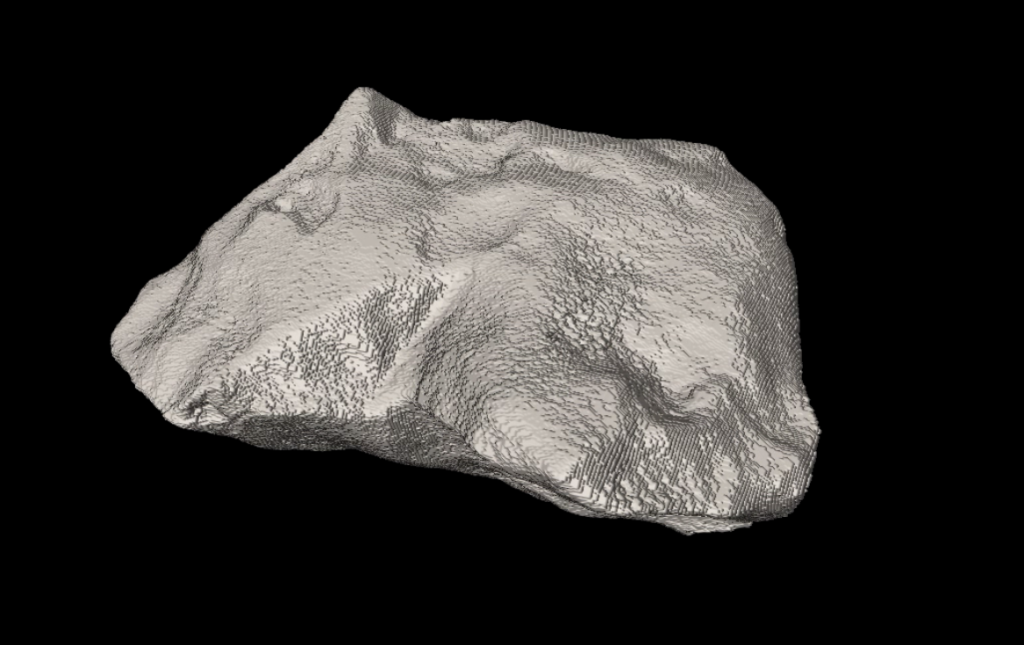 While many of us were reflecting on the year that was (and let’s face it, probably doing a little party prep for New Year’s Eve), on 31 December a team of geologists from Curtin University were on a journey of a different kind.

The Curtin geologists were on a frantic mission to recover a rare 4.5 billion-year-old meteorite that had descended on Khati Thanda-Lake Eyre in outback South Australia about a month earlier. The pressure was on because looming heavy rains threatened to wash away the evidence and bury the meteorite in the sands of 2015 forever. 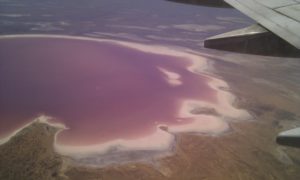 But, the vino did eventually flow, because the complex and carefully orchestrated search was a success! The team pinpointed and recovered the ancient 1.7 kilogram meteorite some hours before midnight and later took it under the microscope.

We now know that this ancient meteorite is older than Earth and from beyond the orbit of Mars. We also now know, thanks to our researchers, a whole lot more about its characteristics.

Working with the Curtin team, we generated 3D images, animations and statistics of the meteorite using our Advanced Resource Characterisation Facility and the National Geoquestration Laboratory. Using similar technology that you see in a hospital, our researchers did a CT scan and then created virtual cross-sections of the meteorite – kind of like sliced bread.

Using techniques developed for precious minerals, they calculated some of its characteristics including its volume, surface area, average density, weight and density variation.

This information has been used to build a picture of the meteorite and helped the Curtin team classify it. The 3D animation also shows the distribution of metal alloys inside the meteorite (the gold and red dots), which we suspect are nickel and iron. 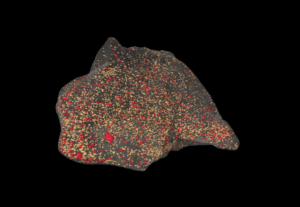 The red and gold ‘bubbles’ show metal alloys inside the meteorite. We suspect it contains nickel and iron.

Our characterisation and imaging expertise is typically focused on rocks found on Earth and are used to better understand mineral ores such as gold, iron ore, nickel, copper and platinum. Analysing an ore deposit’s characteristics provides insights into how it formed millions of years ago, as well as the processes to recover the valuable metal it contains. But studying meteorites tells us about the geology of the asteroid it came from long ago, adding to our knowledge of the universe.

Once Curtin’s research is complete, the Kati Thanda-Lake Eyre meteorite will join the South Australian Museum’s meteorite collection which includes parts of a martian meteorite and the 1.1t Murnpeowie meteorite.

Find out more about our Advanced Resource Characterisation Facility which houses a diverse range of state-of-the-art equipment to analyse and characterise materials for the resources sector. And, our collaboration at the National Geoquestration Laboratory.

Previous post:
Adapting to bushfires: a new idea of ‘fire-proof’ homes
Coming up next:
Salmonella: what is it, and how can you protect against it?