The 2016 Parkes Elvis Festival kicks off on Wednesday the 6th at our Parkes Radio Telescope with performances from Elvis impersonators and more. 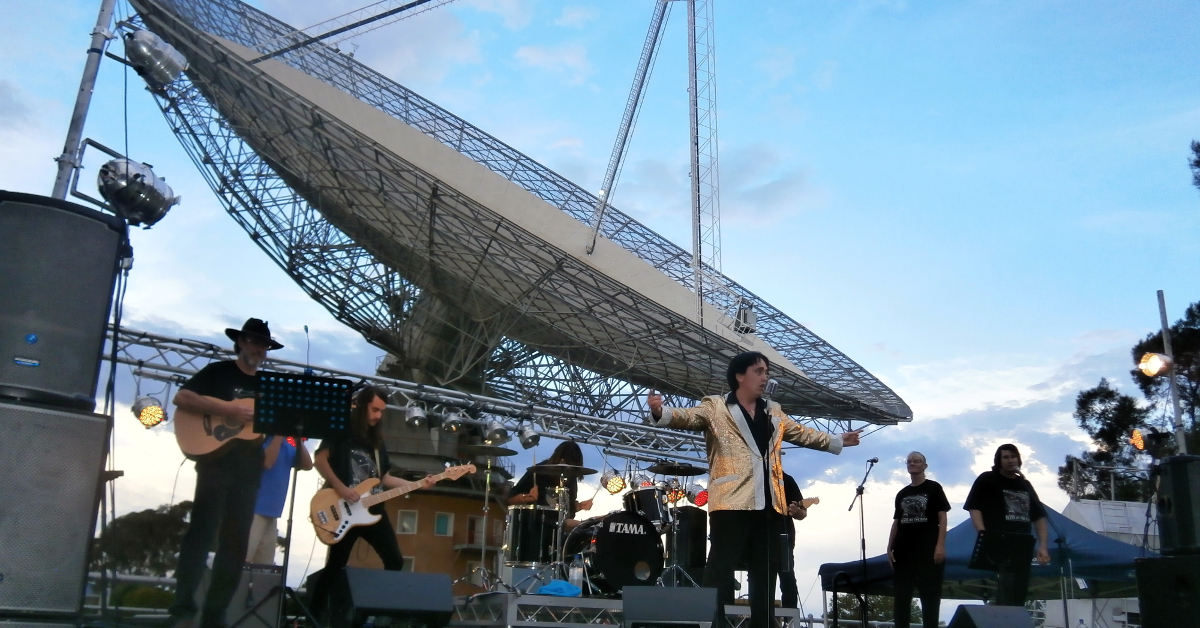 Shakin’ Rick Mackaway and the band performing in the ghetto…we mean, under The Dish.

Are You Lonesome Tonight, staring longingly at the Blue Moon? Well do we have an event for you.

The Parkes Elvis Festival is an annual celebration of everything Elvis that’s been running since 1993. Each year the festival brings in tens of thousands of Elvis fans, impersonators, and visitors bearing Elvis-themed foods to Parkes in New South Wales.

The festival runs through the second week of January, this year from Wednesday the 6th to Sunday the 10th.

The festivities kick off tonight at our Parkes Observatory, where Shakin’ Rick Mackaway and the Wilsonics will be performing a concert underneath the Parkes Radio Telescope, or, The Dish. The gig is catered by the observatory, where audiences can sit on the dish lawns with their very own dishes of beef or chicken, cooked to perfection — love meat tender.

Before and after the performance, visitors (Elvis and non-Elvis alike) are encouraged to take a tour around the observatory, view displays, and learn about the history and operations of CSIRO and the Parkes Radio Telescope. The observatory also sports a 3D theatre showing a trio of short films about space exploration: ‘Telescopes’, ‘Mars’, and ‘Bigger Than Big’.

Though tickets have sold out for this event — quickly surpassing the 200-person capacity for the observatory — the Parkes Elvis Festival has many more activities and events to offer throughout the week. Over the five days, shuttle buses will ferry festival goers to and from the Parkes Observatory from the Parkes’ town-centre. 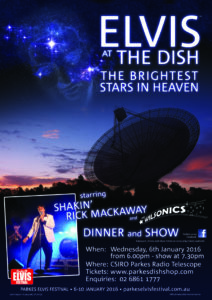