A different kind of show and tell

A different kind of show and tell 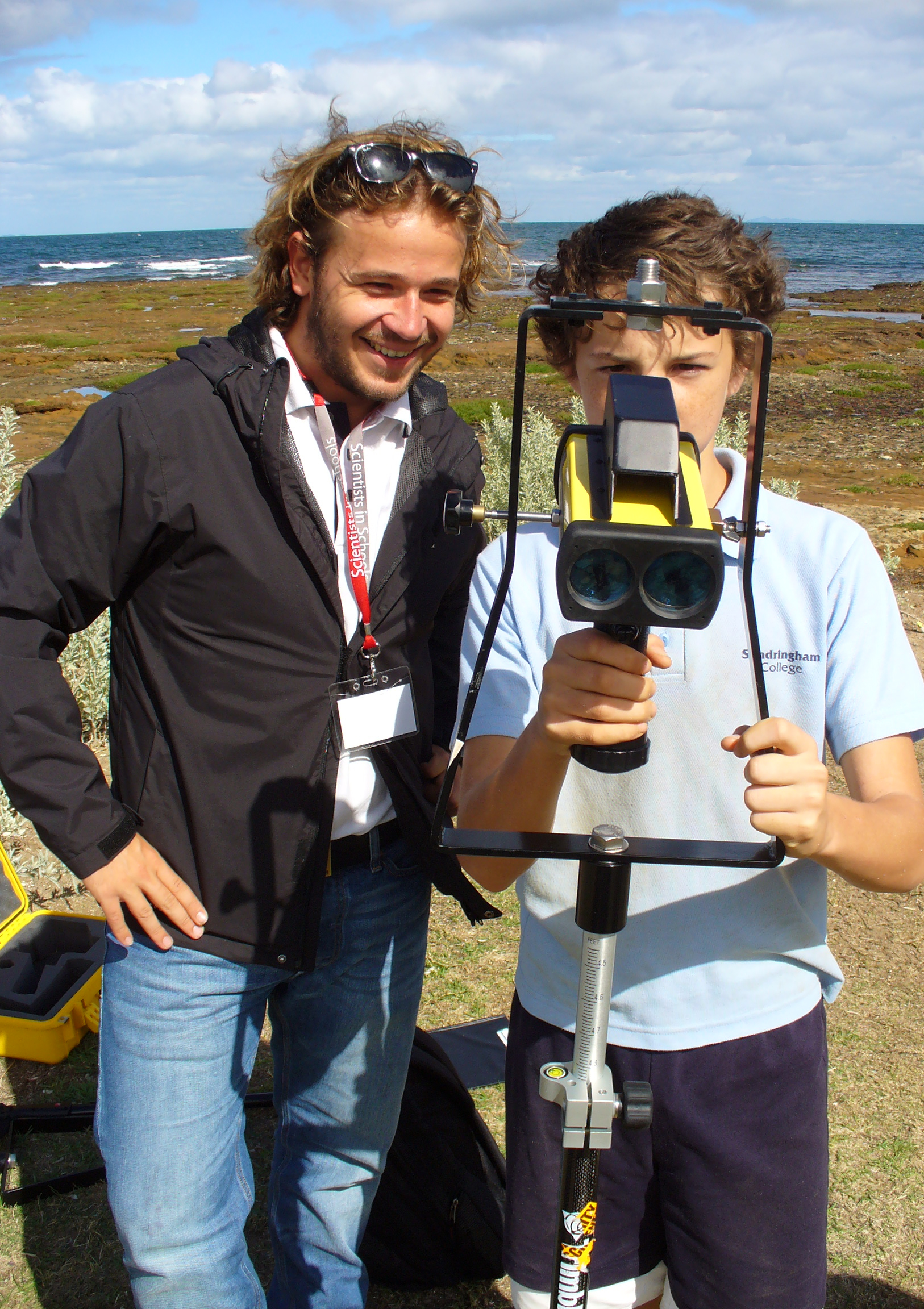 Imagine you’re back at school, and one day the teacher has something for show and tell. Someone, actually. A real live scientist, or mathematician, or ICT specialist. And not just the once.

It’s been happening regularly in Australian schools since 2007. All levels of schools, from kindy to Year 12. In the only program in the world of its size and scope, Scientists and Mathematicians in Schools (SMiS) puts practicing STEM (science, technology, engineering, mathematics) professionals into school classrooms. We also do the same thing with ICT professionals.

The program was a response to the decline in the numbers of students electing to study STEM subjects. It seemed that a promising strategy for arresting this would be to find a way for students to see the relevance of their science courses, and see that people working in science aren’t the caricature nerds represented in the media. But how to get them into the classroom? One way was to combine two kinds of outreach, and get involved with teachers’ professional development.

So we started a program to mentor teachers – and by doing so, provide students with a positive image of people working in the STEM sector. Seven years later, there have been more than 4000 partnerships between teachers and STEM professionals in schools. At the moment there are more than 1600 active partnerships.

It’s not just CSIRO scientists who are involved. Scientists in Schools volunteers can be research scientists and engineers, science and engineering postgrads, and applied science professionals like doctors, vets, and park rangers. Mathematicians in Schools wants to hear from anyone who did a degree with a maths focus and works in a job that uses maths: economists, accountants, surveyors and mathematical scientists, among others. If you’re an ICT professional working in research; a postgraduate ICT student or you’re involved in ICT in industry, like programmers, ICT security specialists, and systems analysts, you’re suitable for ICT in Schools. 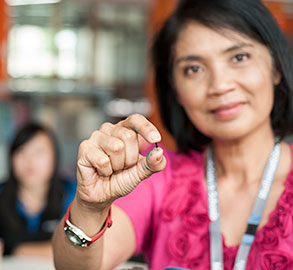 When teachers ask for a mentor to be paired with them, we select appropriate matches very carefully. We’re a bit like the Blood Bank: we have to find suitable partners for the procedure to be a success. And we don’t think any of our volunteers are the equivalent of Type O.

Teachers might be looking for someone with expertise in a particular topic. We also have to consider time constraints – some volunteers might only be available at particular times, and there are logistical considerations such as transport availability to take into account as well.

But this doesn’t mean that areas that aren’t readily accessible miss out. We can arrange long-distance partnerships too – Skype, email and block visits are our friends here. Some of the partnerships can be surprising – at present we have a scientist from the Australian Antarctic Division paired with a teacher in Townsville, based on common expertise and interests. And we cherish the pictures from a previous partnership between a teacher in a Northern Territory school and another Australian Antarctic Division scientist. When she visited the school, she took her polar suit with her, and the photos of her all rugged up in the NT heat just to show the kids are incongruous and charming.

It’s not all feel-good and cute pictures though. It provides a valuable resource for teachers, and gives them far greater confidence in their teaching. It enables the volunteer scientists to brush up on their communication skills – something which is ever more important in science careers. As one of our volunteer scientists from Tasmania says, ‘There is no room for jargon and big words when you talk to kids. I think it helps me understand better what I’m saying when I have to explain it in words an 8-year old can follow’. And our volunteers also say it re-enthuses them about their science – the kids’ enthusiasm reignites their own.

The students also get to practice some real science, and learn about experimental design, as this story shows. And yes, that’s a professor from the University of NSW mentoring a Year 7 teacher. An ACT school gets a Nobel Prize-winning physicist. CSIRO CEO Megan Clark was also a volunteer. 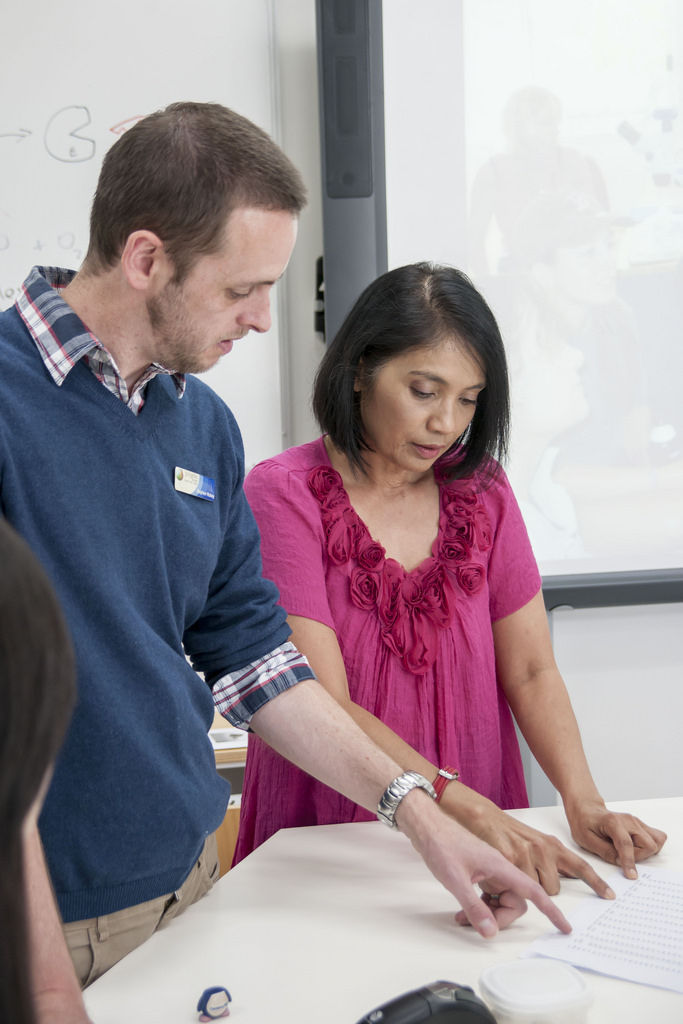 We see this combination of results as a win-win-win. And the three evaluations the program has had so far agreed with us. More importantly, so did parents, teachers and students. A parent from NSW says, ‘It’s fantastic that individuals are willing to offer their time to help facilitate the learning of our children. Please pass on a big thank you for being an inspiration for my son’.

While a teacher from SA tells us that ‘Our mathematician really is terrific in the way he volunteers his time to work with the kids. They love his knowledge, teaching skills and mathematical challenges’.

But this one … This comment, from a student in the NT, brings it all home: ‘The opportunity that we had to work with you was one of the greatest ones in my life. You made science fun for us and getting us involved in the science was a great experience’.

We think this is a pretty special program.

Previous post:
Waking Up to New Horizons
Coming up next:
Welcome to Port Celebrations tomorrow!