A Deadly night to remember

A Deadly night to remember

It’s not often we get to dress up and hit the red carpet, so when it happens we like to brag about it.

Last night we took to the Sydney Opera House to celebrate the 19th annual Deadlys. These prestigious awards recognise the achievements of Aboriginal and Torres Strait Islander people across a range of fields in our community. 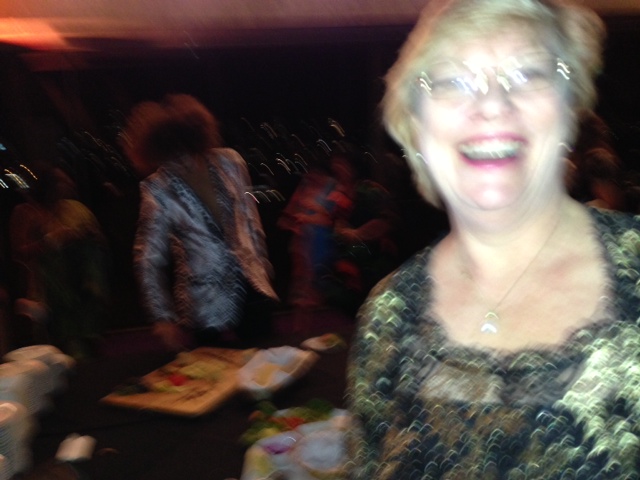 Our Chief Executive tries her hand at photobombing.

While it was a nice excuse to rub shoulders with superstar Jessica Mauboy and photobomb RedFoo from LMFAO, that’s not why we were there.

This year a new award was added to the Deadlys – the inaugural Deadly Award for Indigenous Scientist or Science Project of the Year – and we were chuffed to be sponsoring it. The award recognises the significant contributions made by Indigenous people working in science roles or science projects.

Nominations were received from members of the public and five finalists were selected by a panel of deadly experts.

And the winner is: Gerry Turpin.

Gerry is an ethnobotanist at the Australian Tropical Herbarium in Cairns. He is working with our researchers and a range of other organisations to develop an Indigenous driven tropical ethnobotanical centre, known as TIEC.

The TIEC is the first of its kind in Australia and will help Traditional Owners in tropical Queensland apply their Indigenous environmental knowledge for cultural use on-country.

A big congratulations to Gerry and all of this year’s winners.

Previous post:
Maths at the zoo
Coming up next:
The new skinny chip