Here are 10 facts to celebrating the 40th anniversary of our Cape Grim research station. 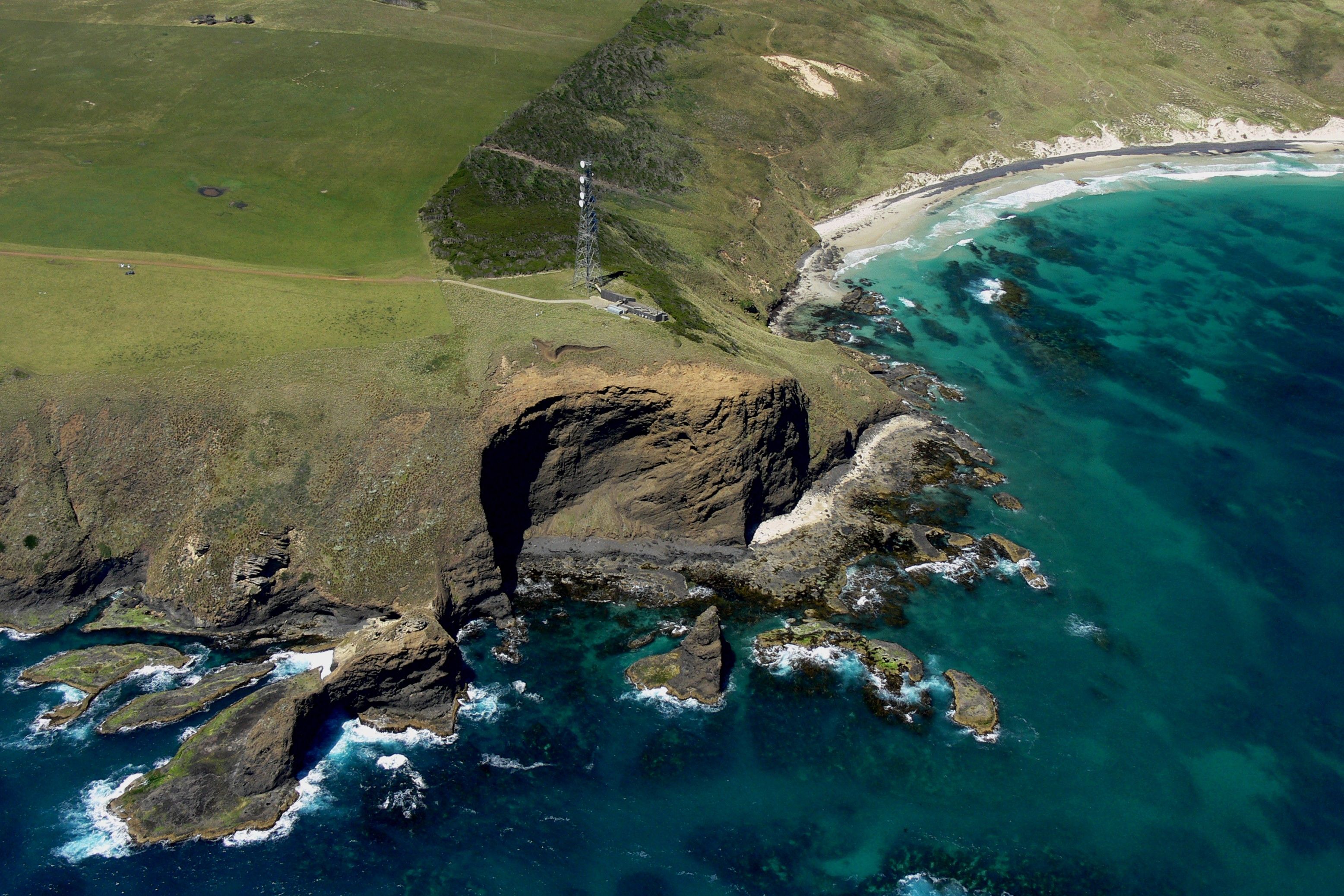 Together with the Bureau of Meteorology we are marking the 40th anniversary of the Cape Grim Baseline Air Pollution Station. Established in 1976, the station is now among the world’s most important atmospheric measuring stations. As we look back at the pioneering scientists who responded to a call from the United Nations to establish global atmospheric monitoring stations, we also look at some of the other fascinating things about the station and the science that underpins it.

1. We have the oldest continuous air archive in the world 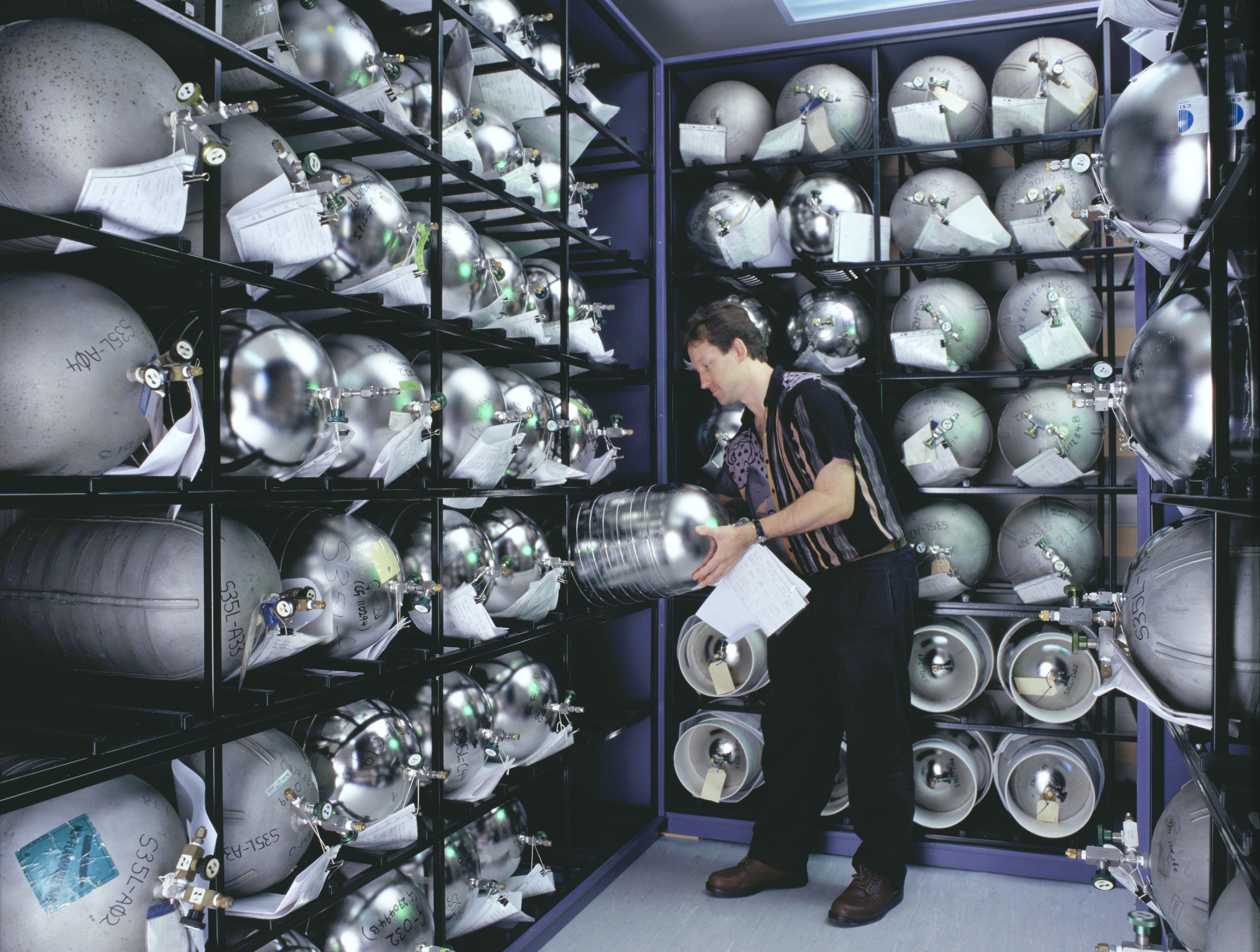 The Cape Grim air archive began in 1978 as a way to preserve Cape Grim’s clean ‘baseline’ air for future science. We now have over one hundred 30-35 litre, internally electro-polished, stainless steel tanks at pressures from 700 to 300 KLPa, stored at an undisclosed secret underground vault…actually, it’s at our Climate Science Centre in Aspendale!

There is a lot we have found out about the air of Earth’s atmosphere. So far we’ve measured 59 trace elements, but because of the air archive, we might still find more!

3. In 1976, the first Cape Grim equipment was installed in an ex-NASA caravan 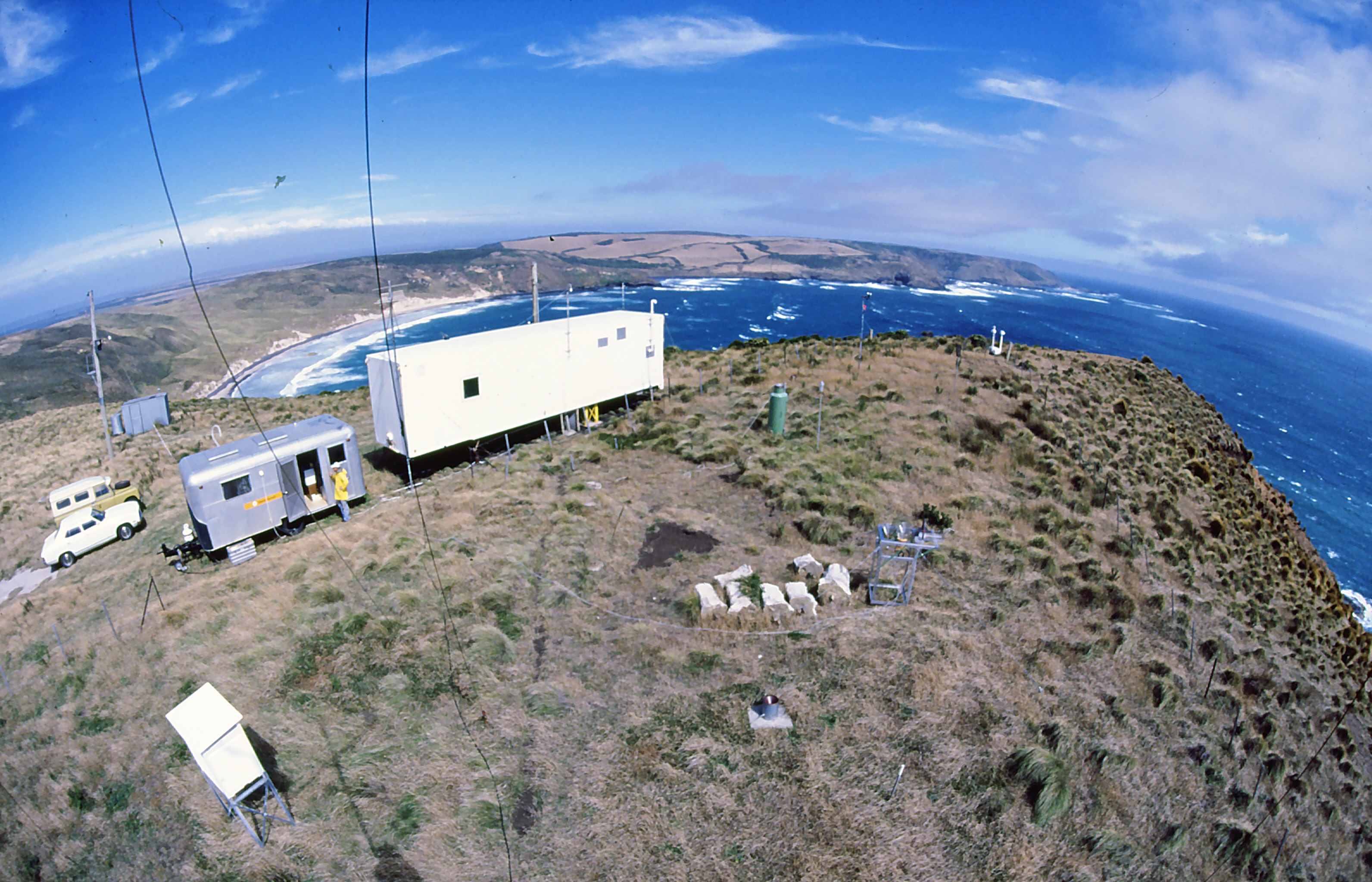 Gosh, we wish we still had this awesome retro caravan! This van’s left over from NASA’s Deep Space Network established during the Apollo missions at the Tidbinbilla Deep Space Facility, and we are loving the 70s scientific fit-out and ingenuity of the founding science team. The team had to permanently fix the van to the ground to prevent high winds creating science-interrupting vibrations.

4. We measure plankton at Cape Grim. …what?

It’s true…research at Cape Grim has significantly contributed to global understanding of how marine aerosols impact climate. We gathered the first evidence that photosynthesising phytoplankton are a source of gases that play a role in the formation of clouds.

5. We have the world’s most continuous collection of radon on record

Led by the Australian Nuclear Science and Technology Organisation (ANSTO), we’ve been measuring Radon-222 with high precision since 1980. Our measurement systems are among the best in the world. Radon is a naturally occurring radioactive noble gas which is released from land surfaces like soils and rock. It doesn’t react with other gases much, so when we measure it at Cape Grim, we can tell how much the land has influenced our air samples.

6. Our mercury data will contribute to the Minamata Convention on Mercury

The Minamata Convention on Mercury is a global treaty to protect human health and the environment from the adverse effects of mercury. We have a five-year record of gaseous elemental mercury from Cape Grim air, which is one of the forms of gaseous mercury that poses a threat to human health. We can measure it in the air because it is very stable, and with a life of 6 months to 2 years in the atmosphere it can become well mixed and be transported long distances.

7. The longest known record of cloud condensation nuclei is from Cape Grim

These microscopic atmospheric particles can act as nuclei for cloud droplets to form, and have been measured at the station since 1981. We now have a fully automated counter that helps us track these important particles. 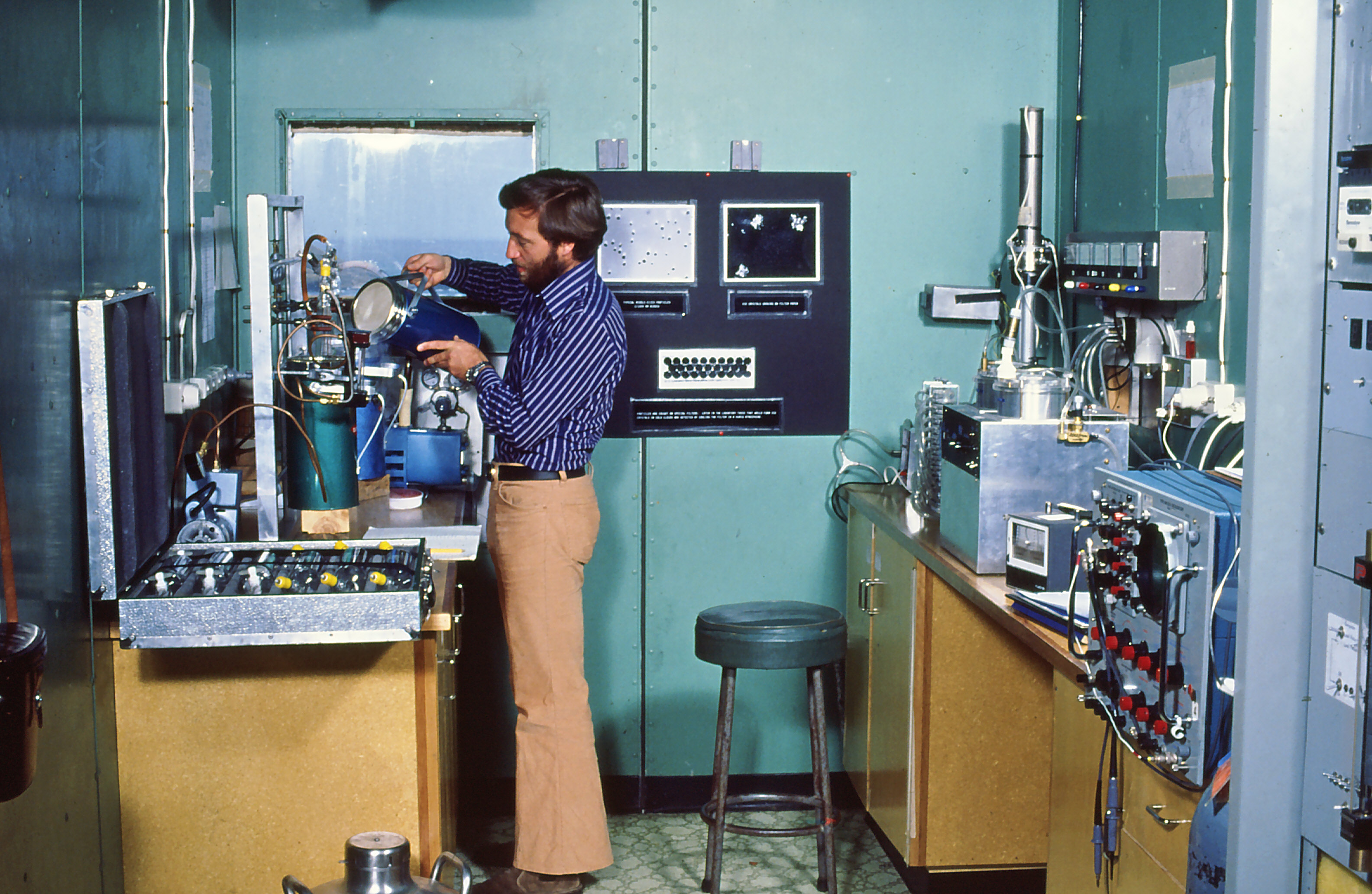 …of Cape Grim data being used in the Intergovernmental Panel on Climate Change (IPCC) assessment reports. The data were featured in all five reports…PLUS, station data have been used in all TEN international assessments of ozone depletion.

Have you heard of Cape Grim Beef? It comes from next door!

Given that it rains at Cape Grim for 187 days a year on average, the pasture there makes for perfect grazing land. So it’s hardly surprising that the British breeds of Cape Grim cattle, lungs full of clean air and bellies full of tasty pasture, have earned themselves a reputation for providing some of the best grass-fed beef in the world.

How did Cape Grim get its name?

Cape Grim was discovered and named by Matthew Flinders in 1798. The discovery of the isolated point and coastline confirmed to Flinders that Van Diemen’s Land (Tasmania) was an island.