Animated gif of the Yutu rover driving on to the lunar surface. Image: CCTV

The Chinese space program has reached another milestone in its ambitious plans to explore space, with the successful landing of the Chang’e3 spacecraft and deployment of the Yutu (Jade Rabbit) rover.

The 120 kg vehicle rolled out onto the lunar surface in the Bay of Rainbows (Sinus Iridum) at 7.40am (AEDST) on Sunday 15 December.

Live coverage on Chinese television showed a variety of camera views from onboard the landing craft as the rover carefully moved onto the forklift-like landing ramp, lowering the rover several metres from the top of the craft to the surface. Then Yutu just drove out onto the surface.

This is the first soft landing on the surface of the Moon since the former Soviet Union landed the Luna24 mission in August 1976. 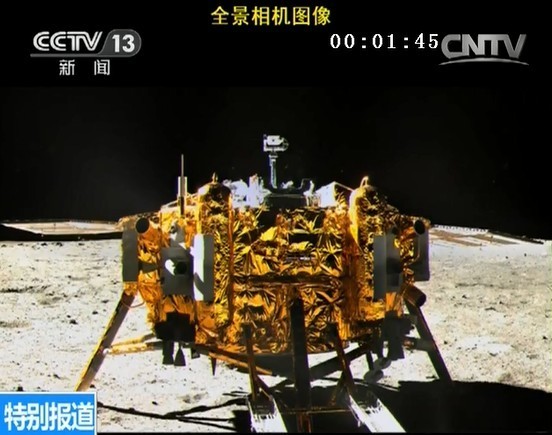 Chang’E 3 lander on the Moon. An image taken by the Yutu rover of its landing craft. 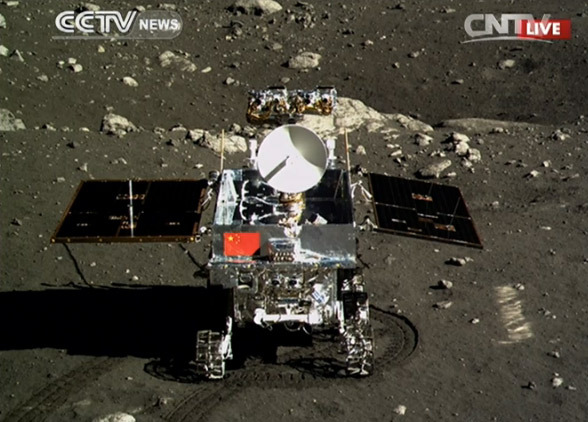 Yutu on the Moon. An image taken by the lander craft of the rover on the surface.

China has released amazing video of the landing sequence taken from the descent imager camera on the Chang’e3 spacecraft. Watch for the dust blowing away in the last moments before touchdown. It’s the best video of a lunar landing you’ll see all day. 🙂