You might remember the operational launch of the new supercomputer at the iVEC Pawsey Centre in Perth a few months ago. A significant portion of the supercomputer’s power will be dedicated to processing radio-astronomy data from major facilities, including our new ASKAP telescope. Just last week, the real time computer inside the iVEC Pawsey Centre, known as Galaxy, went live. To the ASKAP team, Galaxy is called the Central Processor, a system that will support the real time processing needs of ASKAP.

Galaxy is now being put through its paces in preparation for processing early science observations from ASKAP. While early commissioning activities are underway on site at the Murchison Radio-astronomy Observatory (MRO) in Western Australia, the ASKAP Computing team has been refining processing pipelines by running simulated observations.

How can simulations help? The answer starts with the incredible wave of data that will flow from ASKAP once it’s fully operational. Somewhere in the area of 1 DVD worth of information every two seconds is expected to flow from the fully operational telescope – not only this but the data processing needs to be performed simultaneously with observations to produce a ‘scientifically useful’ image. That’s a huge challenge that requires significant processing power.

Simulations help the team prepare by mimic a ‘real telescope’ observation, producing data files that are able to be processed in exactly the same way as a real observation would on a supercomputer. The observations allow the Computing team ensure that the data will be processed in the most efficient manner possible on the new system.

“Since the simulations can take any image of the sky as input, we’re able to test how ASKAP will respond to different types of observations,” Matt said, “The advantage of running simulations is that input is completely controlled – any idealised image of the sky can be fed in to see what it will look like through ASKAP’s eyes.” 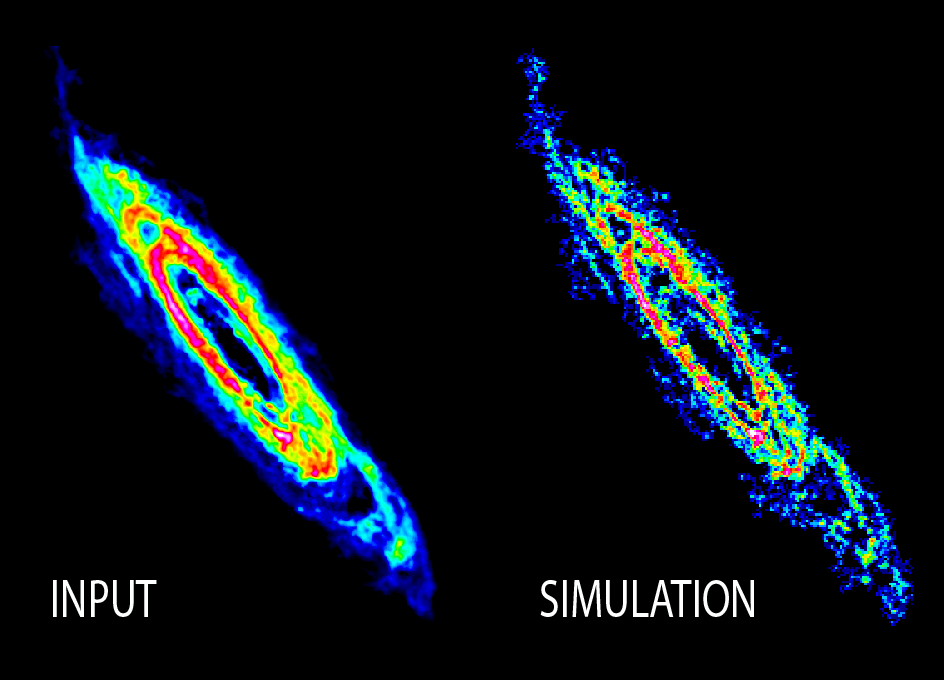 A comparison of a radio image of M31 (the Andromeda Galaxy). This version shows an observation of the Galaxy scaled to appear as if it were seven times further away (on the left). The simulated ASKAP results (right) show a highly resolved image with all the important features of the galaxy recovered.

An example of this is a simulated observation recently made used an image of the Andromeda Galaxy, a large, nearby galaxy. Using data provided by members of one of the ASKAP Survey Science Teams, an input image was made to appear as if it were seven times further away than it actually is. The resulting image from these simulations (above) shows how the galaxy would appear when observed with ASKAP – and importantly, demonstrates the telescope’s ability to ‘recover’ all features of the galaxy, even when it appears so much further away. 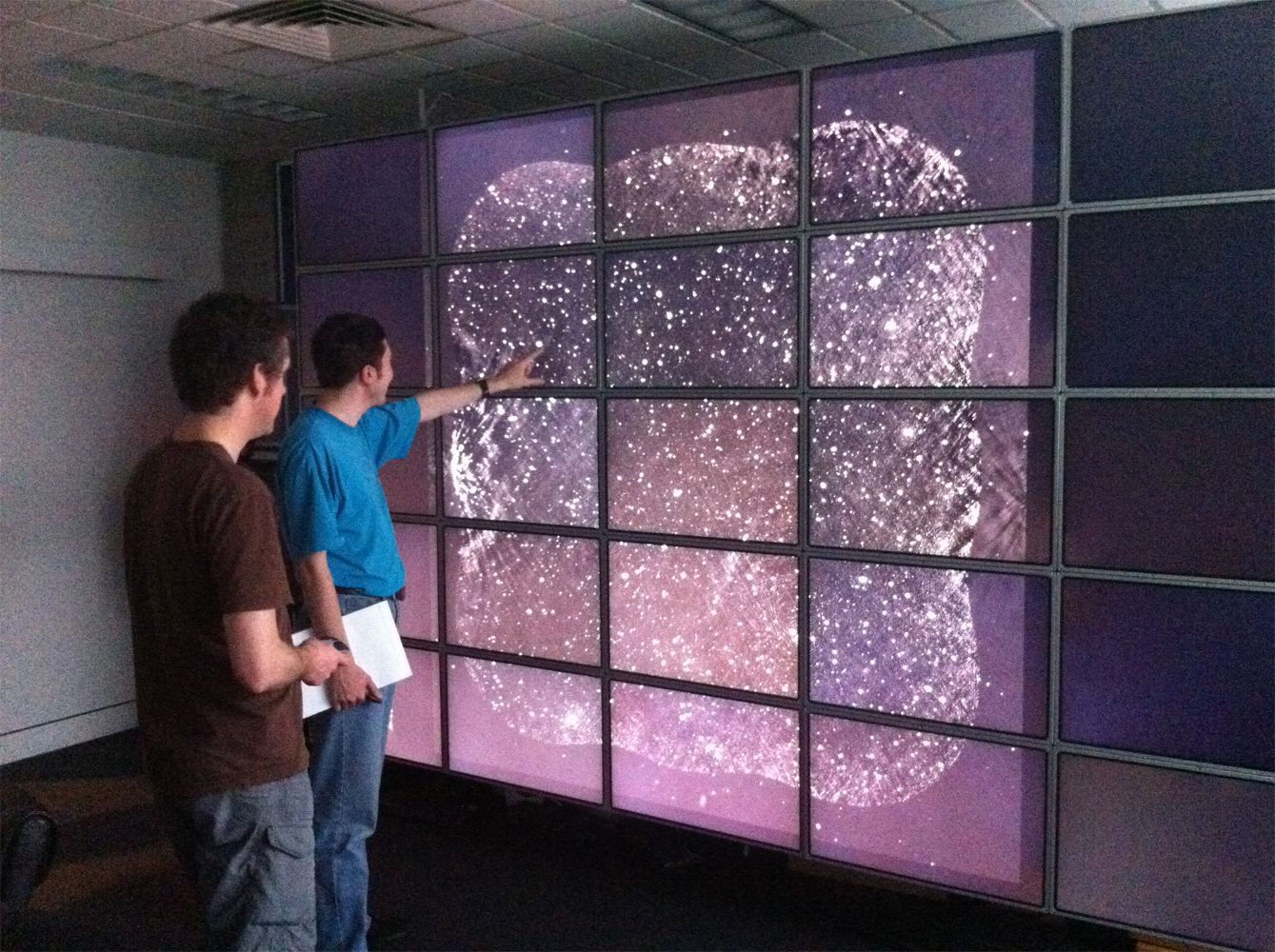 Members of the ASKAP Computing team inspect an ASKAP simulation.

Running these simulations will continue to be an integral part of the ASKAP software development, as the project progresses through the commissioning phase. The Computing team also provides a series of simulated ASKAP observations for use by members of the ASKAP Science Survey Projects. These simulations provide an opportunity for science teams to become acquainted with the scale of ASKAP data, to examine the quality of the ASKAP processing pipeline, and to test post-imaging analysis techniques such as source finding and stacking.

Previous post:
The final piece in the CTD puzzle arrives in Hobart!
Coming up next:
Going undercover with a marine biologist