September is Biodiversity Month, and there is no more diverse class of animals than insects.

Of the 1.18 million species of animals that have been given scientific names – or ‘described’, in the parlance of taxonomists – fully one million (85%) are insects. Yet this is only a fraction of what we think really exists. 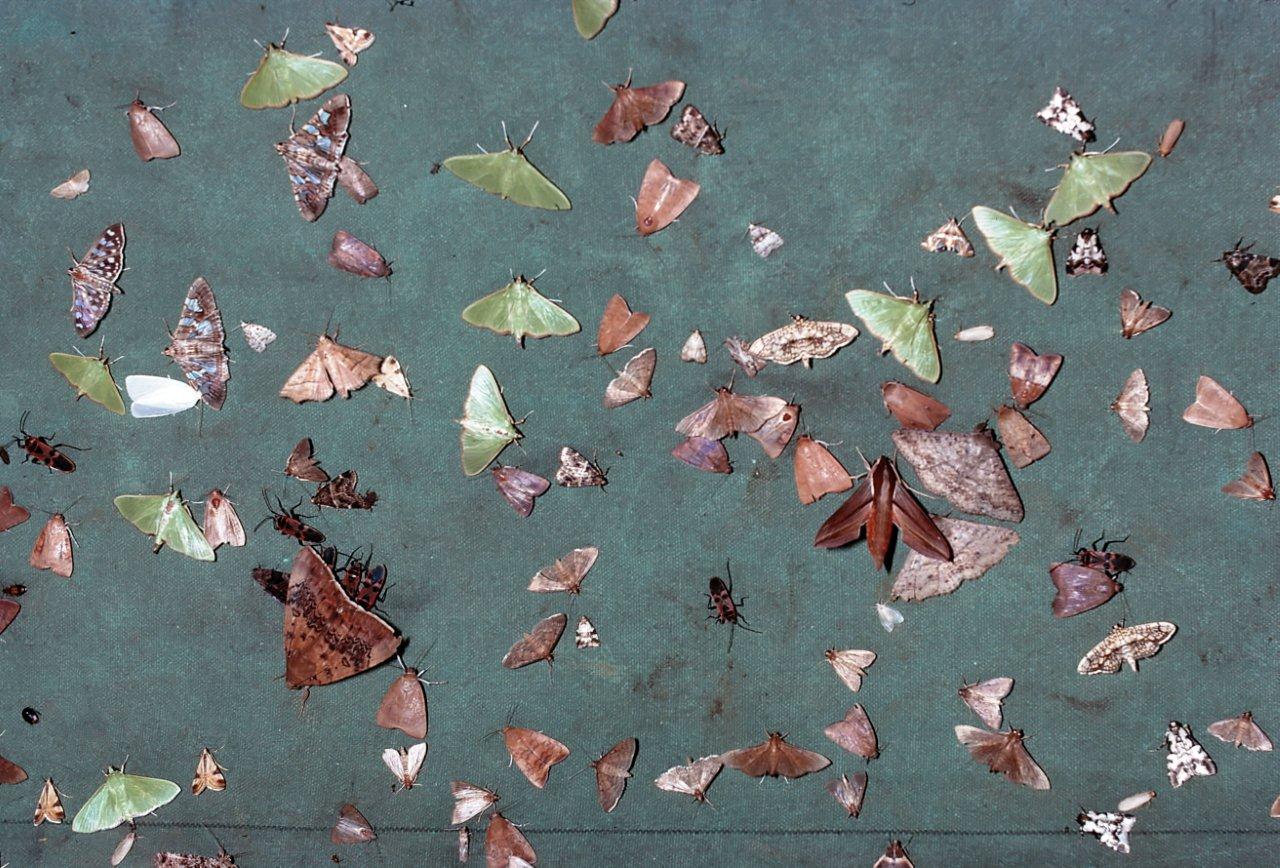 Most animal biodiversity consists of insects. These moths (and a few bugs) were attracted to a light

Taxonomists have been describing new species since Carl Linnaeus devised a workable system 250 years ago. Linnaeus and his European colleagues began with familiar animals and plants in their surroundings, expanding into new realms as microscope technology revealed strange new forms of life, and explorers brought back exciting specimens from newly penetrated regions.

Workers competed to get authorship of large and spectacular species. Unfortunately for their documentation, the majority of insects don’t figure high on the scale of large and spectacular, so that even now, perhaps 80% (and by one estimate, 98%) have not been given names. And given how new kinds keep turning up, we can assume many have not even been discovered yet.

How did the phenomenal diversity of insects come about? To start with, they originated on this planet a long time ago in geological terms, so they have had ample opportunity to diversify and exploit other organisms also evolving, such as flowering plants. (Of course, they have also had plenty of time to go extinct, too. The fossil record shows us that whole groups have disappeared entirely.)

Insects have been able to exploit the sustained burst of evolution that has produced flowering plants. This is an Emperor Gum Moth caterpillar.

Other suggested factors in insects’ favour include their short generation time, sophisticated sensory and nervous systems, ability to fly and the way many change form, or metamorphose, during their life.

Facilitating some of these factors is the small physical size of insects. Few habitats on land and in fresh water have not been taken up by some form of insect. A single tree in a woodland or forest can play host to hundreds of species, each exploiting its own niche. They will attack the roots, wood, bark, leaves, flowers, fruit and seed from the inside and outside. These herbivores will in turn be eaten by other creatures, many of them also insects. As Jonathan Swift observed, “a flea hath smaller fleas that on him prey”.

The small size of insects lets them occupy numerous small ecological niches. Here, a tiny paracitic wasp is laying an egg inside an aphid.

The upshot is that, if you were to pick a name at random from a list of all the animals in the world, there is a 4 in 5 chance it would be an insect.

Previous post:
Megatrends: do we really need more from less?
Coming up next:
You spin me right round baby right round…