We help Matt Damon, Gwyneth Paltrow, Jude Law and Kate Winslet to save the world

We help Matt Damon, Gwyneth Paltrow, Jude Law and Kate Winslet to save the world

Released in Australian cinemas today, Contagion paints a horrifying scenario of a deadly virus spreading around the globe in a matter of days. The fictitious virus is based on the very real Nipah virus, a relative of Hendra virus. 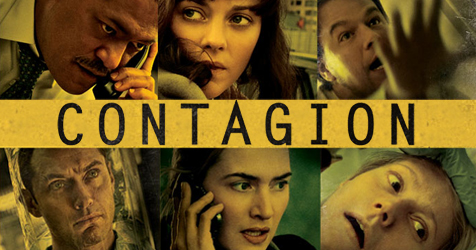 WARNING: Spoiler at end of story

As the name suggests, the “bat pack” undertakes research to better understand bat immunology and how bats co-exist with the viruses they carry to identify strategies to control viruses, such as Hendra virus, from spreading to other animals and people.

According to CSIRO’s Gary Crameri one of the key areas the team is looking at is establishing and characterising bat cell lines to assist in developing faster, more sensitive surveillance tools to help identify new and emerging bat-borne viruses.

“Although our research has the potential to radically change the risk management of emerging infectious diseases within Australia and worldwide, we never imagined it would appear in a Hollywood blockbuster,” Mr Crameri said.

To understand the virus killing millions of people in Contagion, scientists needed to be able to grow the virus in a laboratory setting.  A virus requires a living cell to reproduce, however the virus was so lethal it killed every cell the scientists attempted to put it into.

The decisive breakthrough comes when Dr Ian Sussman is able to grow the virus in bat cells provided by CSIRO’s “bat pack” – a team of researchers located at AAHL in Geelong, Victoria.

This real world research into bat diseases provided the first step towards developing a vaccine for the virus that was killing millions of people world-wide.

Previous post:
So this is what is getting up your nose
Coming up next:
World Solar Challenge winners roll in to (wet and cloudy) Adelaide