Walking on water… a miracle?

Walking on water… a miracle?

Walking on water might seem like a miracle to us mere humans but for some insects it’s part of their daily comings and goings. Water striders, bugs of the family Gerridae, are amongst the best in business. 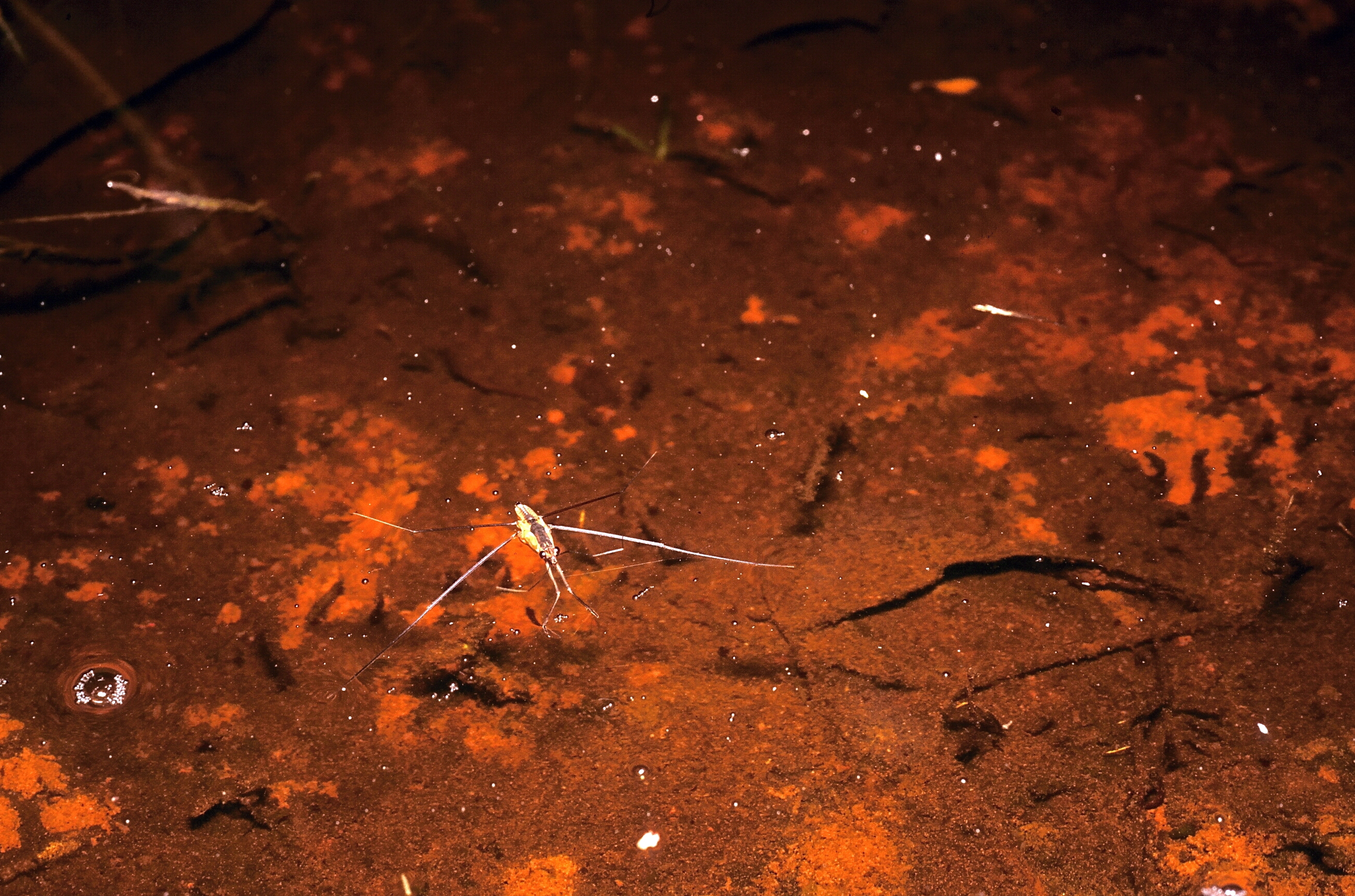 The water strider has no problem walking on water. Image: Paul Zborowski.

It just isn’t heavy enough to break through surface of the water. Image: Wikimedia Commons

Of course, a heavy object—like, say, a human—will overcome surface tension and fall right through. This insect is light enough that it won’t and the water-repellant hairs on its legs and under its body help further.

We have an experiment that will help you explore surface tension for yourself.

Water striders usually live in groups, and skate across the surface using a rowing motion of their legs. Watch one skate here:

They attack other small creatures on the surface, including anything that falls into the water. They can detect the tiny ripples from a distressed insect, and go after it. Some water striders also produce their own coded ripples to court mates or warn competitors away. 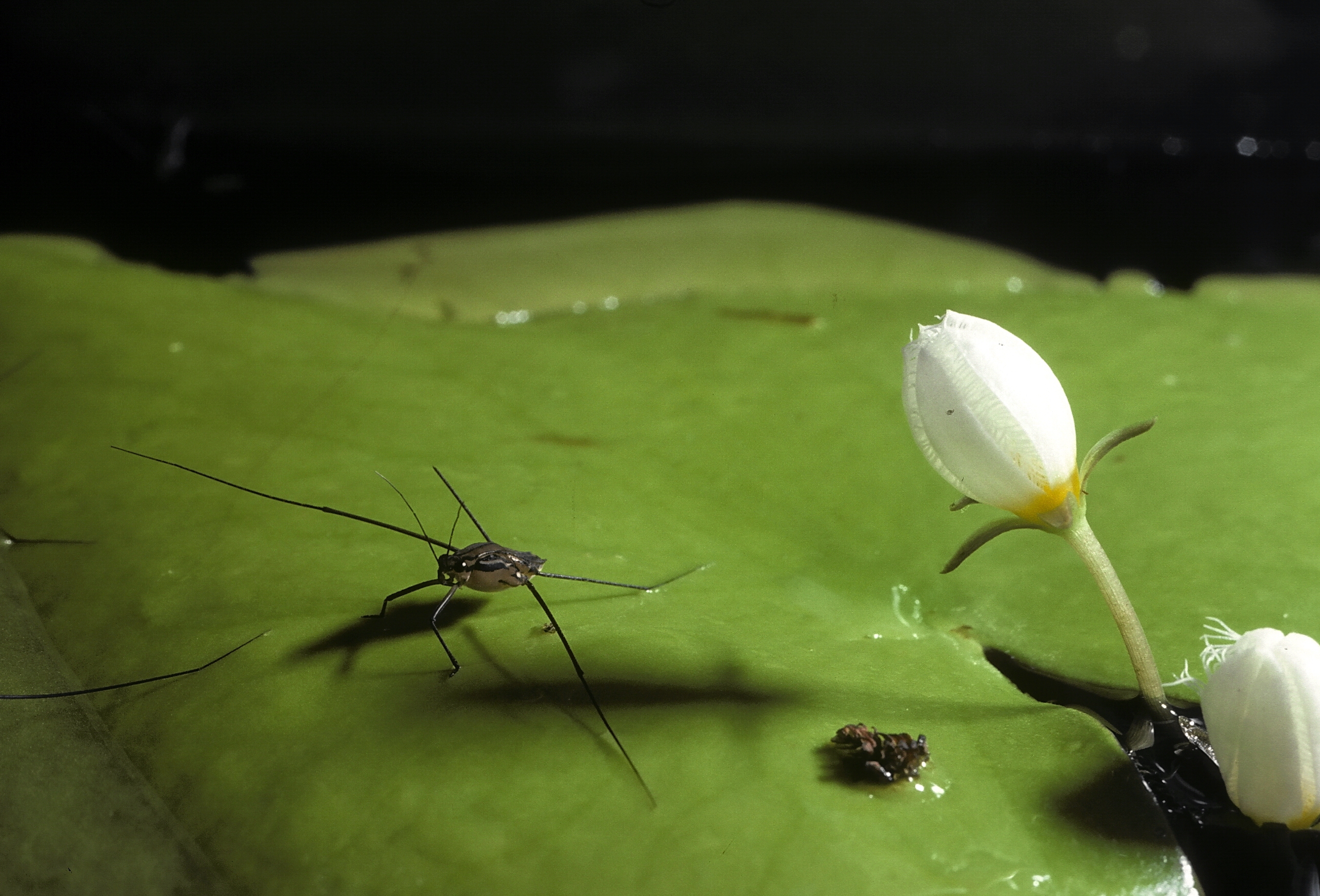 The world’s oceans are practically devoid of insects; the marine habitat is one of the few that insects have not exploited. One exception is the tropical sea skaters, water striders of the genus Halobates. Some sea skaters are coastal, feeding (like their freshwater cousins) on wayward insects. The truly oceanic species never see land, and eat plankton.

Previous post:
Friday Fish Time
Coming up next:
Blame it on the (lack of) rain