The dizzying amount of banned substances and doping techniques that are known to be in use by some athletes in elite sports has made the challenge of detecting them immense. Using synthetic biology to re-engineer a common diagnostic tool, we might be on the verge of a revolution in our capacity to catch cheats. 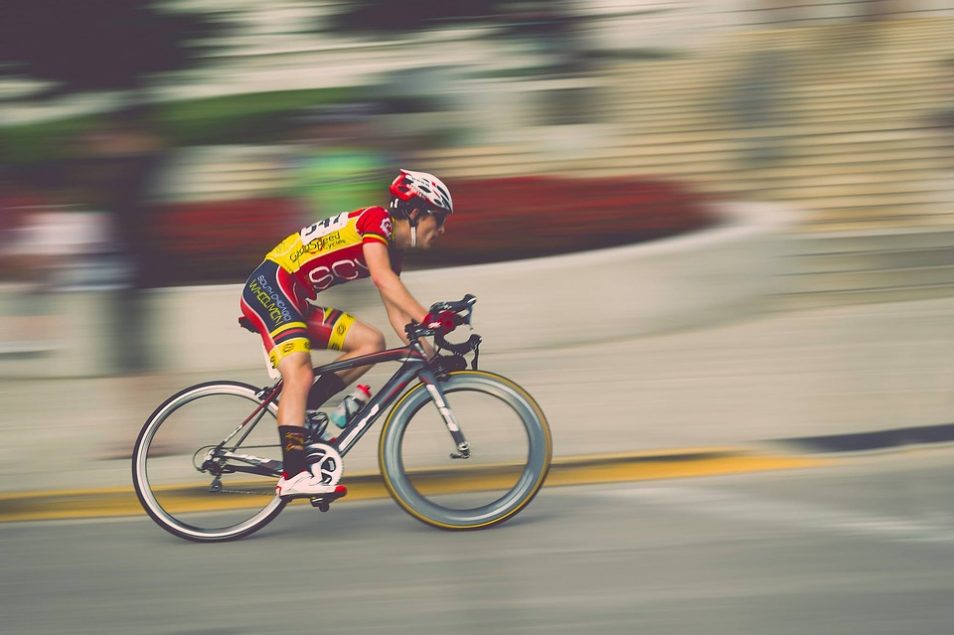 The extremes of competitiveness, drive to succeed and financial incentive that characterises modern sport has led to athletes seeking every advantage they can get, sometimes straying into the unfair by using banned performance-enhancing substances.

The World Anti-Doping Authority (WADA) certainly has its work cut out for it. It oversees over 350 sports federations from all over the world, covering everything from the Olympics to Chess—that’s millions of athletes, ranging from non-professional to elite levels. They use analytical techniques based on the latest science to analyse blood and urine samples from athletes for banned substances.

The number of banned substances WADA are seeking to detect these days is dizzying. They include performance enhancing drugs (PEDs), ranging from derivatives of testosterone and steroid hormones to peptide hormones such as erythropoietin (EPO) and growth hormone, as well as stimulants like amphetamines, compounds that open up the bloodstream, and drugs like beta-blockers to stop tremors and alleviate stress.

The challenge of detecting these can be immense. Most are naturally occurring, or only slightly different from their natural counterparts, and only last for a matter of hours in the blood, or are present at extremely low concentrations in the urine. So, even if the right athlete is tested, the timing may not be correct.

Sometimes the substances can’t be detected directly but as we’ve learnt more about the effects of doping on the body, we’ve derived a set of biomarkers in blood and urine that can be used as indirect indicators of possible doping. This set of markers is known as the Athlete Biological Passport. Anti-doping organisations can integrate the Athlete Biological Passport into the larger framework of a robust anti-doping program in order to identify and target athletes for specific analytical testing.

Then, of course, there is the limitation imposed by cost, it’s simply not possible to test every athlete. A full blood/urine test can cost as much as $1500 and, in 2016, WADA tested over 300,000 samples costing over $200 million. With such small detection windows and indirect biomarkers that require multiple tests, you can see why there is a significant proportion of athletes that can evade current sampling protocols.

As a scientist and a sports fan, I found myself wondering what we could do to help address these challenges.

I work in the field of Synthetic Biology – a relatively new field of research that lives at the intersection of biology, chemistry, computer science and engineering. We approach biology as an engineer might, treating biological components like a computer system, with discrete parts and processes that can be manipulated and combined to produce a desired function or product.

As a CSIRO Synthetic Biology Future Science Fellow, working out of the Alexandrov laboratory at the University of Queensland, I’m part of a team that uses synthetic biology techniques to create biosensors. Biosensors are biology-based devices that produce light or an electrical current when activated by the presence of a molecule of interest.

The Alexandrov lab identified one particular biosensor, familiar to many people, which has great potential to be re-engineered for the purpose of sports drug testing—the glucometer strip used by diabetics to measure their blood glucose.

Contained within those little testing strips is a biosensor. The way it works is that the strip contains an enzyme that catalyses a chemical reaction, converting glucose in the blood into another molecule and releasing an electron in the process. The electrons released by the reactions create an electrical current that can be detected by an electrode, also in the strip, with the current being proportional to the level of glucose in the blood.

These types of tests are called point-of-care tests and allow a sample to be taken and analysed at the same time, giving real-time health information to the patient. It’s such a simple, elegant system that it has remained largely unchanged since being invented in the 1960s. And it’s also extremely cheap, with the strips costing less than 50 cents.

When you consider that a single WADA test costs as much as $1500 and requires separate sample collection and analysis processes, you can begin to imagine how revolutionary this little strip could be if it could instead detect the banned substances WADA is interested in.

Well, in true synthetic biology fashion, we’re not re-inventing the wheel, we’re re-engineering it! The Alexandrov lab has taken a closer look at glucometer technology—that is, the nano-scale biology that is doing all the heavy lifting on the strip—and figured out how to re-engineer the enzyme to respond to almost any new target molecule.

In nature, enzymes and other proteins have a function called ‘allostery’ where the activity of the enzyme can be turned on or off depending on the environmental conditions it finds itself in. As synthetic biologists, they saw in this the possibility of synthetic allostery, which would allow us to control the activity of an enzyme (say, the one in glucometers) for a purpose of our choosing. Essentially, they built a molecular on/off switch into the enzyme that can be activated by another molecule, such as a steroid or growth factor. So now, using an almost identical system to the glucometer, we are able to measure a completely different target substance.

This is a good example of the power of synthetic biology, by focussing at the molecular level the device hardware—test strips, electrodes and monitors—and the production methods can remain unchanged! We have a new biosensor integrated into an existing system.

In the same way that diabetics have easy, affordable point-of-care testing, we could have ‘point-of-athlete’ testing to help detect doping in sports. With our method costing only about $1 per sample, we could screen over 1000 athletes for potential doping for the same cost as one of the current tests—and it would require only a droplet of blood per athlete to do it.

Even better, the monitoring devices are cloud-enabled, so the data from these tests are collected and collated in real time allowing us to generate individualised biological data for each athlete and the elite population as a whole. This would improve test accuracy and help identify any long-term trends in biomarkers that could give insights into periodised doping schemes.

The idea isn’t to replace the robust testing schemes currently in place (at least not yet!) but to complement them and make them more effective.

If implemented, these devices could allow for the testing of almost all competing athletes, anytime, anywhere, over long periods of time and for a range of biomarkers. This could help us to take serious steps towards removing doping from sport, or at least removing the offending athletes.

Can you imagine a world where drug cheats have nowhere to hide, where enhanced testing begins to remediate the doping culture and ensures that those who are clean can compete on a level playing field? We can.

Look into the future

Previous post:
How to grow crops on Mars if we are to live on the red planet
Coming up next:
Artificial intelligence and Australia’s industries of the future

END_OF_DOCUMENT_TOKEN_TO_BE_REPLACED 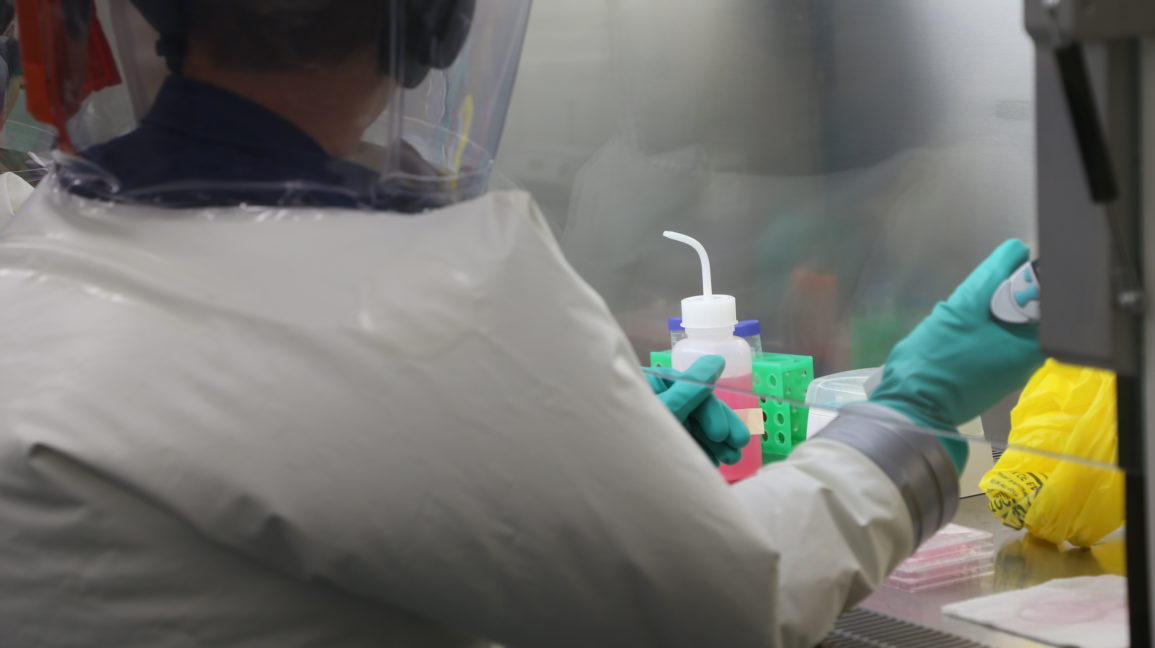