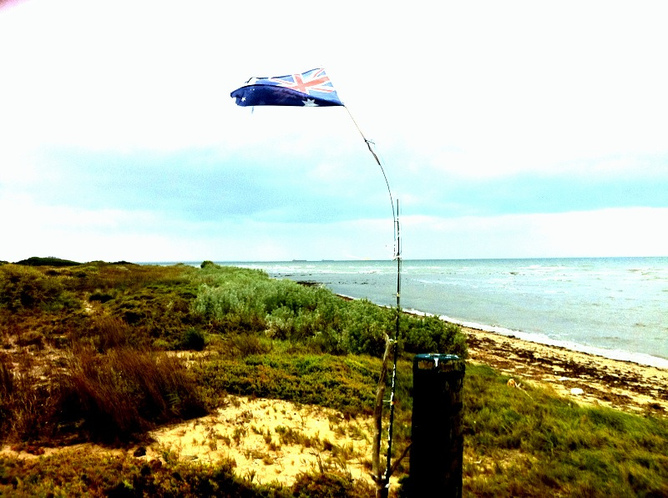 Our environment is an important part of Australia’s national identity. Image: Shawn Smith.

Australia’s environment is under stress from increased salinity, erosion, ocean acidification, loss of biodiversity and climate change. While in 2007, 78% of Australians were seriously concerned about environmental problems such as these, by March 2013, only 59% of Australians reported similar unease.

It is not just concern that is wavering. Australians are exerting less personal effort in their daily lives in order to protect the environment. Indeed, in 2007 about 25% of Australians made effectively no effort to purchase “green” products. In March 2013 this figure rose dramatically to 41%.

These findings do not only pertain to Australia. Concern for the environment has decreased markedly across the globe during the last two decades. Polls continue to reveal widespread denial of environmental problems as well as resistance to adopting behaviours to sustain natural resources.

This recent decline in environmental concern could have a critical impact on public policy. With an indifferent population, governments are likely to face substantial difficulty securing public support for implementing environmental protection measures.

If we cannot rely on individuals to strategically manage private or public natural resources themselves, then there may be a need for increased regulation. But with regulation comes intense conflict; proposed policies are often opposed, goals are frequently contested, public dissatisfaction spills over, people refuse to participate or comply, animosity and distrust toward the government grows, appeals and litigation increase, and occasionally even physical threats and violence occur.

In America, conservation behaviour among young people has declined, as they appear to attribute responsibility for the environment to the government and to consumer behaviour rather than to themselves. The findings are similar in Australia, particularly in relation to climate change.

But recent studies suggest the public do not think that the government is acting adequately to protect natural resources. As a case in point, only 2% of Australians think that the Great Barrier Reef is looked after well enough to give a 10 out of 10 score for reef management.

Pride in our environment

Imagine if Australians believed that the greatness of our country depended on the condition of its environment.

Recent research suggests that people who identify strongly with their country and are more invested in its success, are likely to accept the socioeconomic system of that country and recognise when things aren’t quite right.

This may be important when we consider how environmental realities are perceived. If people can recognise the actual state of our natural resources, then they may be more interested in their management.

Perhaps a focus where the environment is associated with patriotic qualities could motivate those who are inclined to dismiss environmental problems. Through tying together national identity and environmental condition we might encourage Australians to recognise the realities of the state of our natural resources and how this reflects who we are as a nation.

Our research shows Australians still have a connection with many of our natural places. In particular, almost 90% of Australians recognise the Great Barrier Reef as integral to their identity and the majority believe it to be Australia’s most inspiring national icon.

In fact, 53% of Australians believe they would be personally affected if the health of the Great Barrier Reef declined.

Perhaps these are the sorts of relationships we ought to be encouraging government to focus upon, as a way to generate support for environmental policies. When weighed against the shorter term economic benefits that our resources provide, surely our national identity needs to be considered?

Concern for the environment and the constructive conservation action that accompanies it may be able to save our natural resources – reinforcing their integral value to our nation.