Top aerospace experts to send unmanned aircraft to the ResQu

Top aerospace experts to send unmanned aircraft to the ResQu

Unmanned aircraft could provide vital intelligence to help Australian authorities fight natural disasters, such as the 2011 Queensland floods, thanks to a $7 million project underway in Brisbane.

Associate Professor Duncan Campbell, Director of the Australian Research Centre for Aerospace Automation (ARCAA) at QUT, said the project was a world-leading one that would fast-track research to help unmanned aircraft become airborne for routine operations sooner.

“As a result of our research, unmanned aerial vehicles (UAVs) fitted with cameras will be able to help pinpoint communities and people in need of rescue during natural disasters and to regularly monitor the health of the environment such as finding invasive weeds in rainforests.

“This potentially life-saving technology will not only help provide accurate information during disasters but also enable air rescue crews to better target their response.”

He said had UAVs been able to fly in civil airspace during last year’s Queensland floods, they could have played a critical role in assisting in the disaster response.

“Because they can fly for extended periods of time in conditions considered too dangerous for manned aircraft, they are ideally suited to search and rescue activities as well as flood mapping, conducting damage assessments and delivering aid to remote communities,” he said.

“We anticipate completing our research by mid 2014. CASA is currently developing new guidance material for UAS (unmanned aerial systems) and has a longer term project to review Civil Aviation Safety Regulation 101. One of the targets for Project ResQu is to make recommendations to CASA by the end of 2014 for possible inclusion in the updated regulation.”

ARCAA will contribute to the Civil Aviation Safety Authority’s review of the regulations.

Project ResQu will enable the fast-tracking of research to fit unmanned aircraft with smart technologies to enable them to both sense and avoid other aircraft and to land safely in emergencies. These are currently the two key technical impediments to the greater use of unmanned aircraft in civilian airspace. 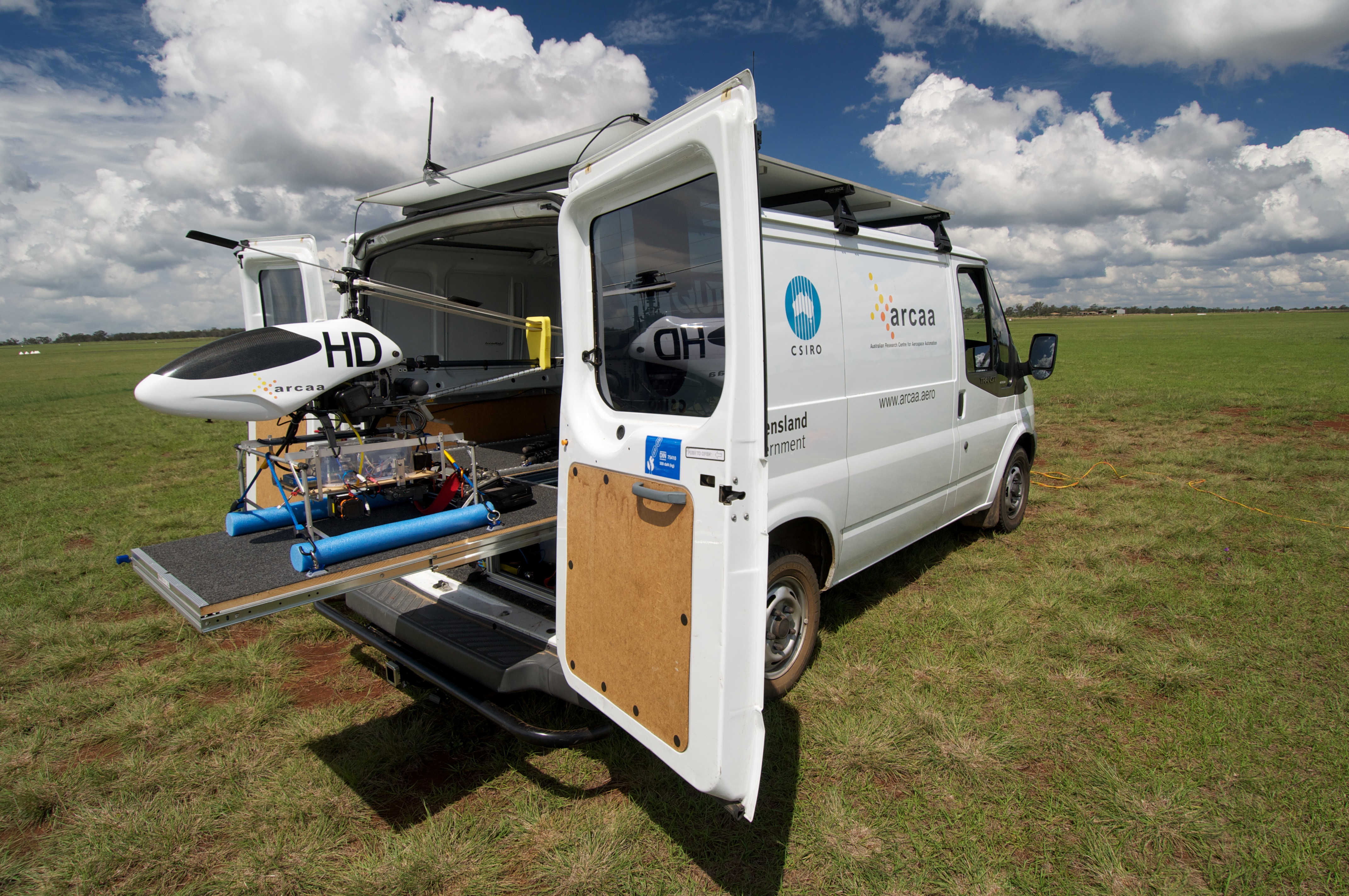 Dr Jonathan Roberts, leader of CSIRO’s Autonomous Systems Lab, said the project was also going to demonstrate the use of unmanned aircraft over rainforests for difficult inspection tasks.

“The team will be exploring how small autonomous robot helicopters can be used to find invasive weeds in our rainforests,” Dr Roberts said.

“There is significant potential for use of UAVs for other land-based civilian applications if we can get appropriate technology and processes in place for management of the airspace.”

“Australia is leading the world in many aspects of investigating the use of UAVs for land-based civilian applications,” Mr Edwards said.

“Queensland and Australia has a rich seam of aerospace research and development expertise and this project is a great example of how we’re harnessing research for practical applications.”

Professor Campbell said Project ResQu would also conduct studies into the general safety of operations, a key part of the development of regulations to allow the wider use of unmanned aircraft in Australia.

Previous post:
Getting a researcher in your business
Coming up next:
Charcoal is the new black, darling