Recently it’s been reported that our brain loves lists. We process information spatially and find things easier to remember when they are grouped or numbered. When someone categorises information for us, it’s a mental workload we don’t have to worry about.

In the spirit of creating a good list, we give you the top 10 science stories from 2013. Compiled by the Australian Science Media Centre with help from us and RiAus, this list highlights the best science that Australia and the world had to offer this year.

2. Human influence on the climate was clearer than ever
In May, levels of carbon dioxide in the Earth’s atmosphere reached a symbolic milestone, passing 400ppm (parts per million) for the first time in human history. Just a few months later in September, the leading international body for the assessment of climate change, the Intergovernmental Panel on Climate Change (IPCC), found that human influence on the climate system is clearer than ever – we are now 95 percent certain that humans are the cause of global warming. Our climate scientists and those from the Bureau of Meteorology were among the 600+ scientists and researchers who worked on the IPCC report.

3. Scientists created human stem cells using cloning techniques
For the first time ever, researchers used therapeutic cloning to create human embryonic stem cells. The process involved taking the nucleus – which contains the genetic material – from a normal cell and transferring it into an unfertilised egg with its own genetic material removed. While this approach had previously been used in monkeys and mice, it had never succeeded using human cells. This discovery, described by Australian scientists as “a major breakthrough in regenerative medicine”, could help develop personalised therapies for a range of currently untreatable diseases. However, the process requires human donor eggs, which are not easy to obtain, and raises a number of ethical issues.

4. Doctors stopped HIV in its tracks in the “Mississippi baby”
A child born with HIV and treated with a series of antiviral drugs for the first 18 months of its life was found to be free of the virus more than 12 months after treatment ended. When the infant was 30 months of age, HIV-1 antibodies remained completely undetectable. However, the big question of whether this child, known as the “Mississippi baby”, has truly been cured of HIV remains unanswered. “The best answer at the moment is a definitive maybe”, HIV expert Scott Hammer, wrote in a New England Journal of Medicine editorial which accompanied the research.

5. The world’s most expensive burger was grown in the lab
The world’s first lab-grown burger was cooked and eaten at a news conference in London in August this year, generating headlines around the world.  The burger patty – which one food critic described as ‘close to meat’ – was developed by scientists from Maastricht University in the Netherlands through research funded by Google co-founder Sergey Brin. Starting with stem cells from a biopsy of two cows (a Belgian Blue and a Blonde d’Aquitaine), the scientists grew muscle fibres in the lab. The fibres were pressed together with breadcrumbs and binding ingredients, then coloured with beetroot juice and saffron, resulting in the most expensive hamburger in history at a cost of around AU$367,000.

6. The oldest signs of life were found in Western Australia
Scientists working in the Pilbara in Western Australia found what they believe to be the oldest fossils ever discovered – created by a mat of microbes that lived 3.5 billion years ago. The minuscule remains were discovered inside a lump of sandstone by scientists from Old Dominium University in the US and are thought to be 300 million years older than similar fossils and one of the most ancient signs of life on Earth.

7. DNA and bone analysis confirmed the remains of Richard III were discovered in a car park
In February, the bones of Richard III were discovered in the surroundings of a car park in Leicester, England – more than 500 years after he died. Radiocarbon dating, radiological evidence, DNA and bone analysis all helped confirm the identity of last Plantagenet king. As if the indignity of being dug up in a car park wasn’t bad enough, further research revealed Richard was infected with roundworms in his intestines. In a similar tale closer to home, 50 million-year-old fossils of crocodiles, frogs, fish and plants were found by a work crew drilling a hole for a bridge support at a construction site in Geebung, Brisbane in July. 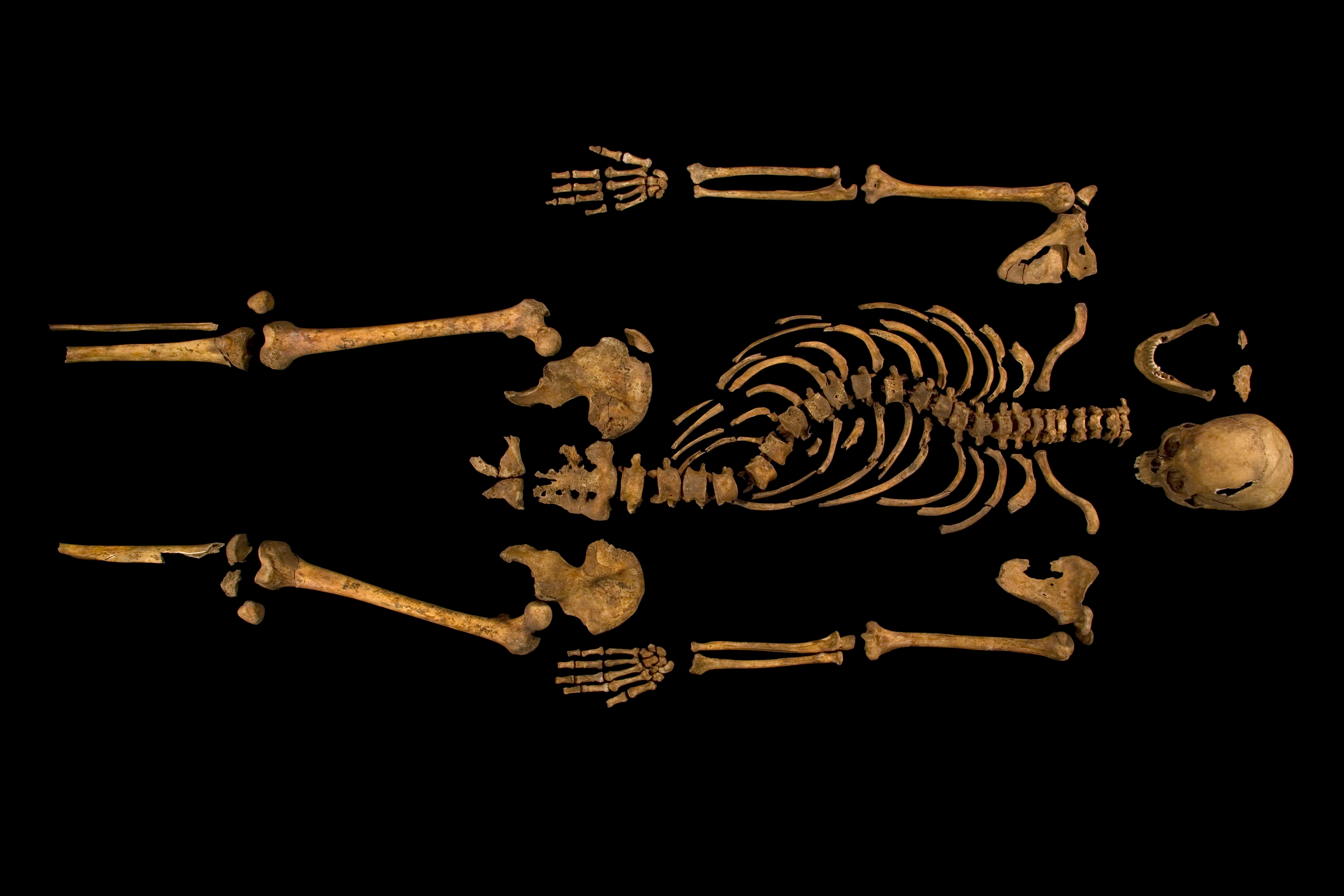 The complete skeleton of Richard III, showing the curve of the spine. Image: University of Leicester

8. An Aussie frog was resurrected
Australian scientists announced in March that they had succeeded in growing early stage embryos containing the DNA of an extinct frog. The research is the first step of Project Lazarus, which aims to bring the Australian gastric-brooding frog back to life. The scientists took nuclei – which contain the extinct frog’s DNA – from frozen tissue samples collected in the 1970s. The nuclei were injected into donor eggs from a distantly-related frog, and some of the eggs went on to divide and grow into embryos, reviving hopes for an animal that has been extinct since 1983. The research was listed as one of Time magazine’s top 25 inventions of this year.

9. Scientists designed a new flu drug
Back in February, our researchers announced they had helped to design a new flu drug with the potential to prevent the spread of different strains of the virus, including drug resistant strains. The flu virus binds to sugars on the surface of our cells, and it has to remove these sugars to be able to spread and infect other cells. The new drug prevents the virus from removing these sugars, stopping it from infecting additional cells and causing full-blown illness.

10. The world’s largest volcano was discovered
In September, scientists discovered the largest single volcano on Earth under the Pacific Ocean. The megavolcano spans 650 km – similar to the distance between Melbourne and Canberra – but don’t worry, it’s been slumbering for the last 145 million years. Scientists had thought the volcano, known as Tamu Massif,  was a series of smaller volcanoes, but the Integrated Ocean Drilling Program – of which Australia is a partner – showed that it is in fact a single, gigantic volcano, constructed from massive lava flows that emanated from the volcanic centre to form a broad, shield-like shape.

The Australian Science Media Centre have also compiled a list of the top 10 weirdest science stories of the year from—farts on a plane to sensing fake fingers.

Previous post:
Investigator takes the plunge!
Coming up next:
7000km and counting: on the tail of a great White Shark