They’re all together ooky, the insect* family.

Who needs the living dead when we have some of the most terrifying, stupefying, skin tingling specimens in the natural world?

So, here’s a post for all those out there who love to get a little bit creeped out… by creepy crawlies. 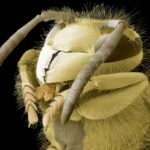 We couldn’t figure out if this common wasp (Vespula vulgaris) was still munching on his breakfast at the time this image was taken. Image: Steve Gschmeissner / Science Photo Library / Barcroft Media 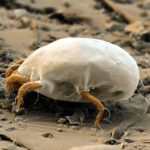 As you lay your head down to rest tonight, take a moment to ponder the house dust mite (Dermatophagoides pteronyssinus). If you weren’t already creeped out knowing they feed on flakes of human skin, dust mites survive and reproduce particularly well in bedroom pillows. Image: Eye Of Science / SPL / Barcroft Media 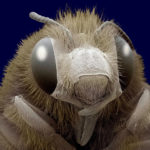 Even we have to admit there is absolutely no creep factor when it comes to the honey bee (Apis sp.). Actually, we just want to pat and cuddle this one. 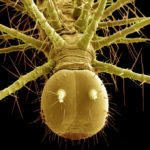 We don’t know much about this beady-eyed caterpillar but we just love his full-body spikes. We also think his eyes double as slinkies. Image: Steve Gschmeissner / Science Photo Library / Barcroft Media 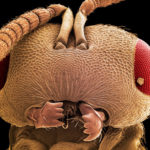 What a face on this wasp! Gives a whole new meaning to the phrase ‘hand to mouth’. Image: Steve Gschmeissner / Science Photo Library / Barcroft Media 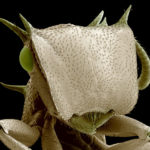 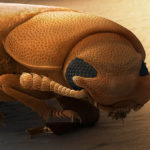 She looks like something out of Star Wars. This red flour beetle (Tribolium castaneum) won’t eat your skin cells but will have a munch on the contents of your pantry. This particular specimen was found INSIDE a Barbados nut seed pod. Image: Power and Syred / SPL / Barcroft Media 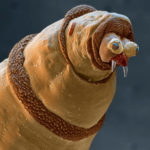 Check out the fangs on this guy! Introducing the maggot, or the larva of a bluebottle fly (Protophormia sp.). Maggots are used medicinally to clean wounds because they eat only dead tissue. Nomnomnom. Image: Eye of Science / SPL / Barcroft Media 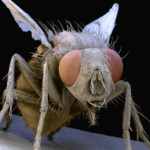 Capable of transmitting all manner of parasitic and bacterial diseases, as well as viruses, here we have the common housefly (Musca domestica). This guy has high creep-factor. Image: Eye Of Science / SPL / Barcroft Media 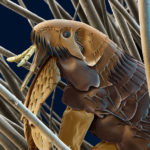 Angry little guy. Introducing the humble cat flea (Ctenocephalides felis). This flea can lay viable eggs on a human host if it has been feeding for 12 consecutive hours. Bet that’s got you scratching. Image: Eye Of Science / SPL / Barcroft Media 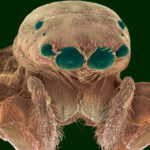 Here’s looking at you kid. The jumping spider (family Salticidae) literally has eyes at the back of its head. They are relatively slow-moving but when challenged are capable of very agile jumps. Arachnophobes, you’ve been warned. Image: Steve Gschmeissner/ Science Photo Library/ Barcroft Media 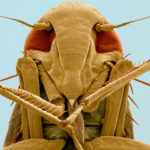 All images are from a scanning electron microscope and were found on the Telegraph website.

Previous post:
Some new arrivals at the shipyard, in time for Halloween!
Coming up next:
Vaccine arrives to boost the frontline fight against Hendra virus