Geysers from the Galaxy’s heart

Geysers from the Galaxy’s heart

They’re big, powerful and fast. Top to bottom, they measure about half the Galaxy’s diameter. They contain as much energy as a million exploding stars. And they are roaring along at 1000 kilometres a second (yes, a second).

Revealed by our Parkes radio telescope (aka The Dish): they are giant geysers of charged particles shooting out from the centre of our Galaxy.

The finding is reported in today’s issue of Nature. 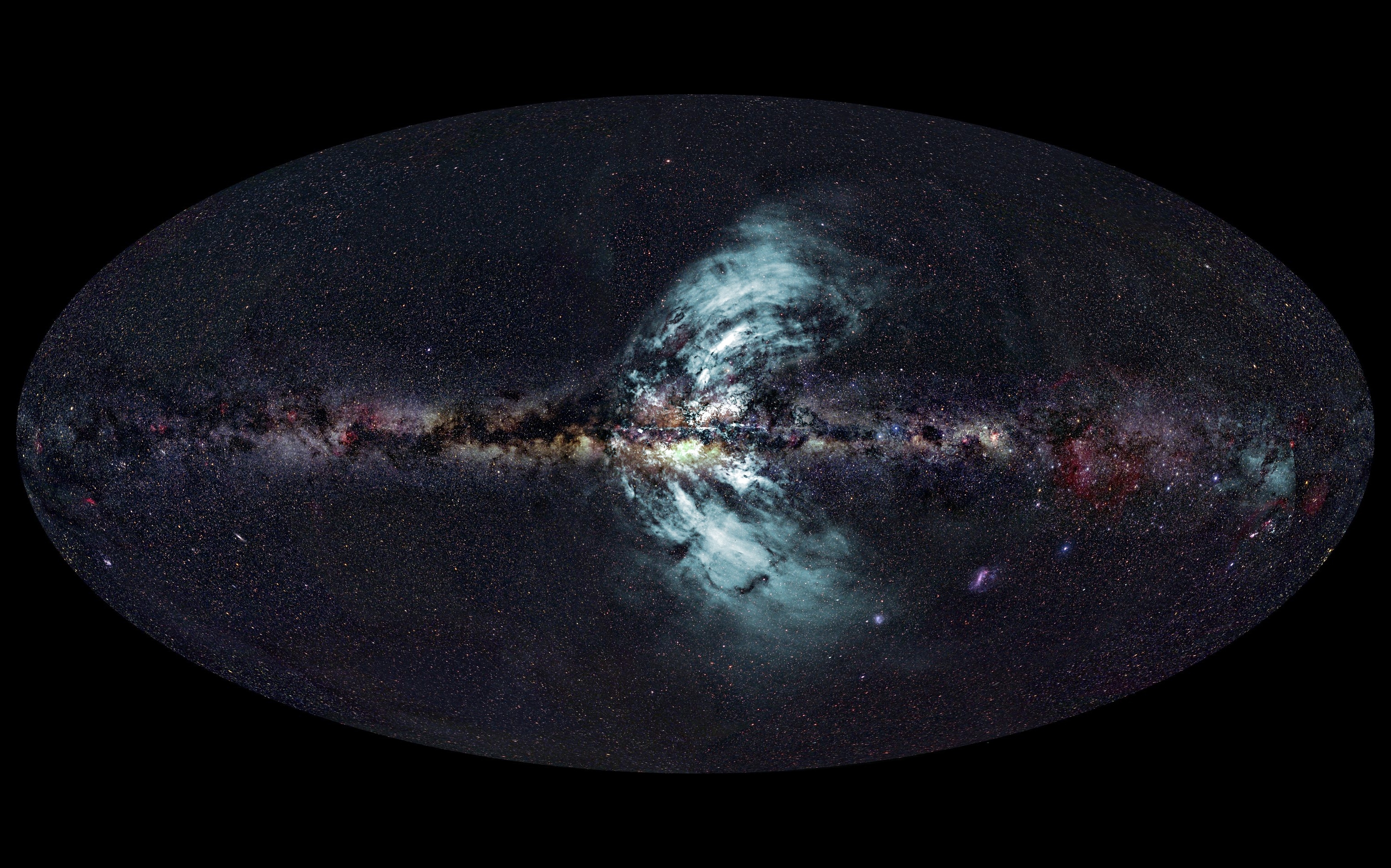 “These outflows contain an extraordinary amount of energy — about a million times the energy of an exploding star,” said the research team’s leader, CSIRO’s Dr Ettore Carretti.

But the outflows pose no danger to Earth or the Solar System.

The speed of the outflow is supersonic, about 1000 kilometres a second. “That’s fast, even for astronomers,” Dr Carretti said.

From top to bottom the outflows extend 50,000 light-years [five hundred thousand million million kilometres] out of the Galactic Plane.

Seen from Earth, the outflows stretch about two-thirds across the sky from horizon to horizon.

So how could we have missed them before?

A couple of reasons. The particles are glowing with radio waves, rather than visible light, so seeing the geysers depends on having a telescope tuned to the right frequency (which happens to be 2.3 GHz). And the Galactic Centre is a messy, confusing place where a lot is going on.

VIDEO: Ettore Carretti talks about how the telescope makes maps of the sky.

Our Galaxy has a black hole at its centre, but it’s not that which is powering the geysers. Instead it’s star-power: “winds” from young stars, and massive stars exploding.

About half of all the star-formation that goes on in our Galaxy happens in and near the Galactic Centre. That’s a lot of stars, and a lot of energy.

Previous post:
What a year it was! September 2012
Coming up next:
Biomaterials are the business