Taking humans out of hazardous situations

Taking humans out of hazardous situations

Underground mines can be hazardous places for humans, which is why the industry is investing in robots and automated vehicles to keep workers safe.

We developed a system for load-haul-dump vehicles, commercialised by Caterpillar and now called Minestar-Command-Underground, which takes humans out of the equation and allows the vehicle to react to its environment all by itself.

A load-haul-dump vehicle if you can guess, is an underground mining vehicle that loads, hauls and dumps mineral ore from the mine at an open stope (where the minerals are) to a crusher or truck to be transported to the surface. 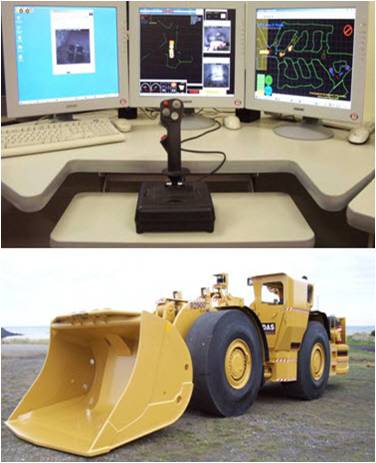 A combination of onboard computers, sensors and lasers enables the vehicle to tram to and from load and dump points on autopilot, which accurately steers the machine to prevent it hitting walls.

Unlike other systems, there is no prescribed path for the vehicle to take – the system continuously reacts to the environment and decides for itself how to respond. As it drives, it builds a map of the underground structure and compares it to an abstract mine map, evaluating the information before getting into any trouble.

If you’re thinking that robots are taking our jobs don’t worry, humans aren’t entirely out of the equation. Instead of getting dirty underground, they’re sitting in a comfortable office tracking the vehicle’s progress as digital video is sent via WiFi.

And not only does Minestar-Command-Underground make mining safer, it also increases the efficiency and productivity of the mine.

Previous post:
Southern Surveyor voyage to the Tasmantid Seamounts
Coming up next:
A day at the museum: when robots come to life