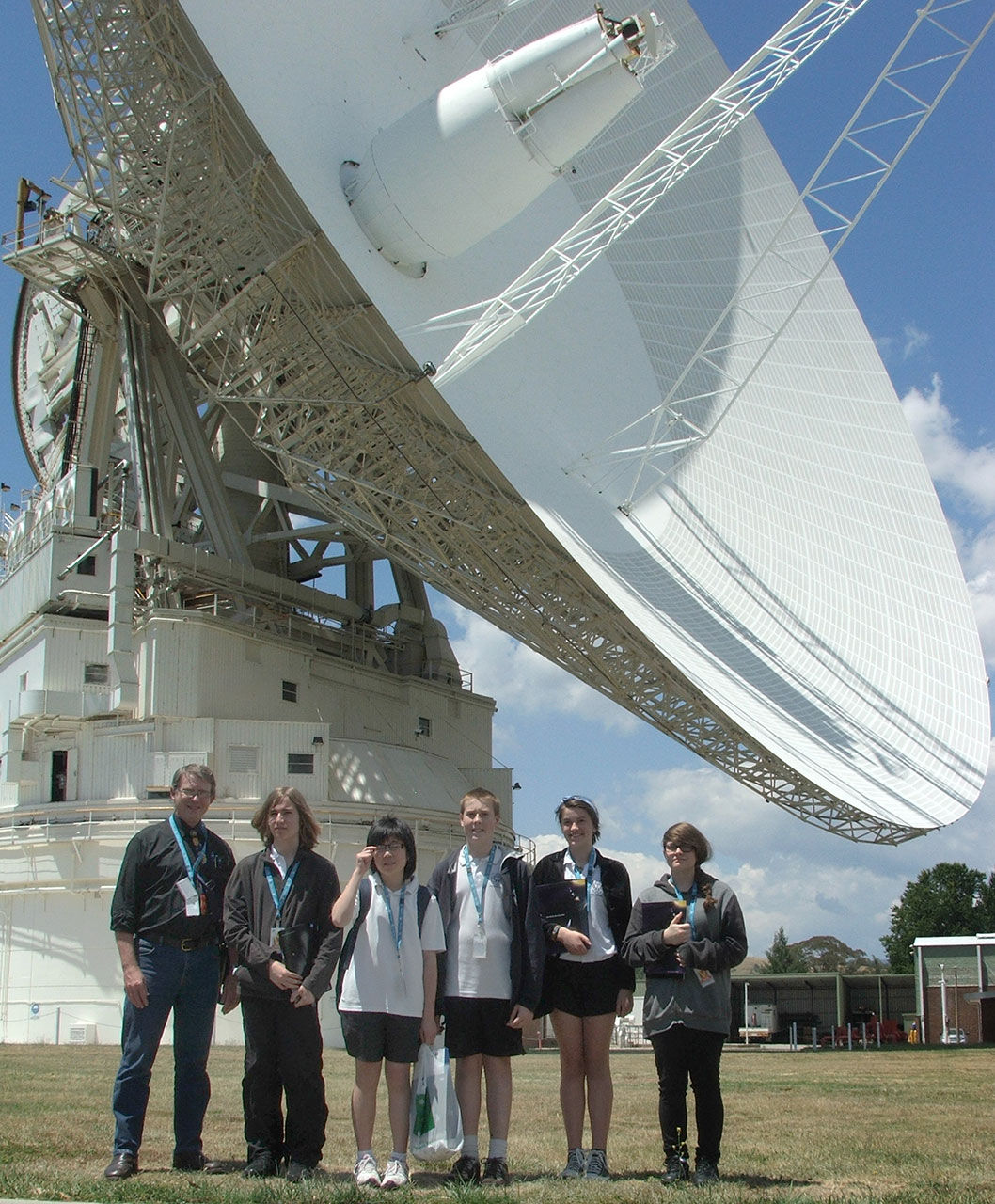 Students and their teacher from Melrose High School were ready to explore, posing in front of Deep Space Station 43 (70-metre antenan) at the CSIRO-NASA Canberra Deep Space Communication Complex.

With the support of their science teacher, Geoff McNamara and CSIRO radio astronomer Dr David Jauncey, the students actually controlled a 34-metre antenna dish in Goldstone, California used under the GAVRT (Goldstone Apple Valley Radio Telescope) program run by the Lewis Research Centre. During the 90-minute session, the students were able to search the sky for black holes, pulsars and quasars and analyse and report their results to radio astronomers. 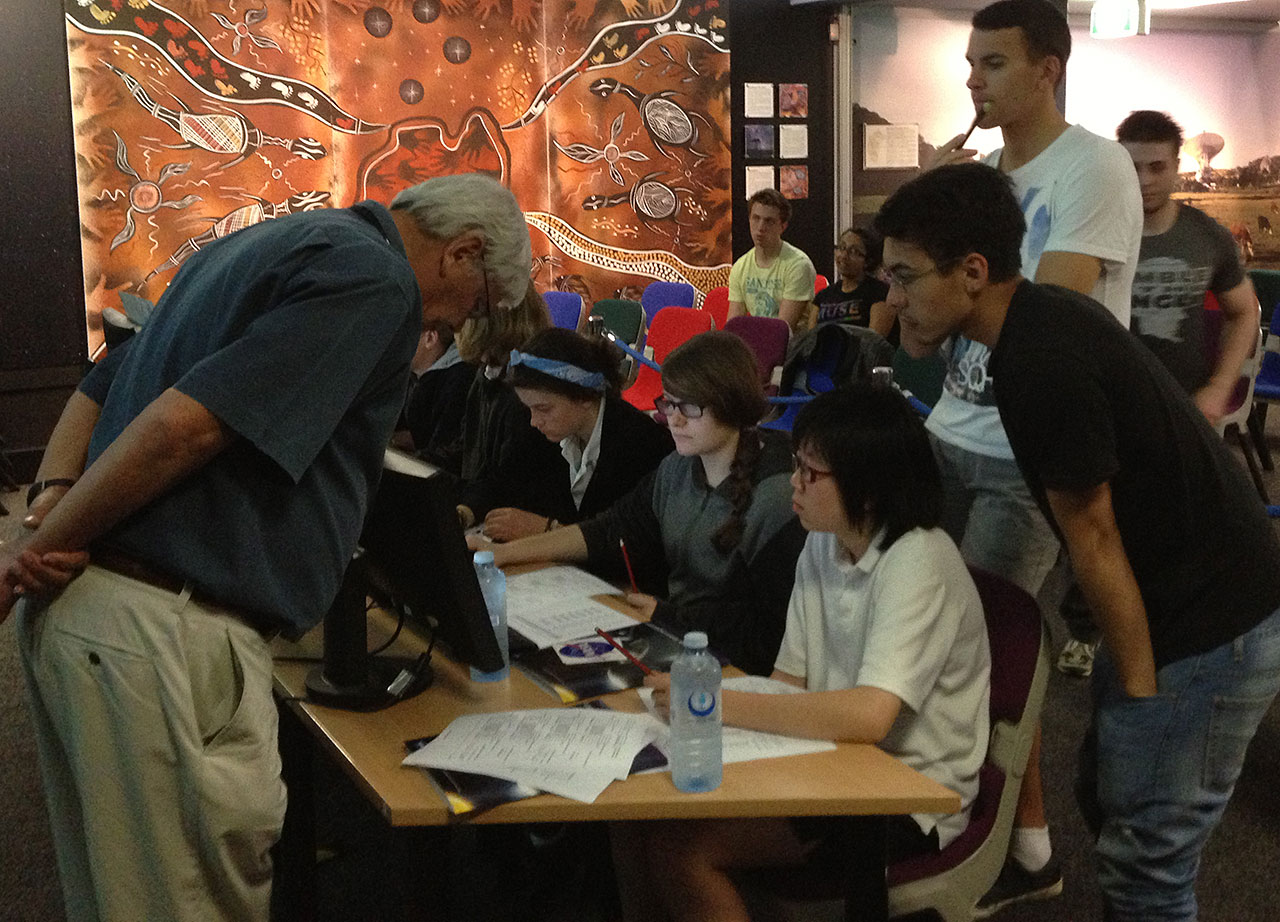 CSIRO radio astronomer Dr David Jauncey looks over the work of Melrose high School students as they scan the skies for a gravitational lens.

The ultimate aim of the STARS program is to encourage students in science, technology, engineering and mathematics (STEM) by giving them hands-on experience and demonstrating real world applications. 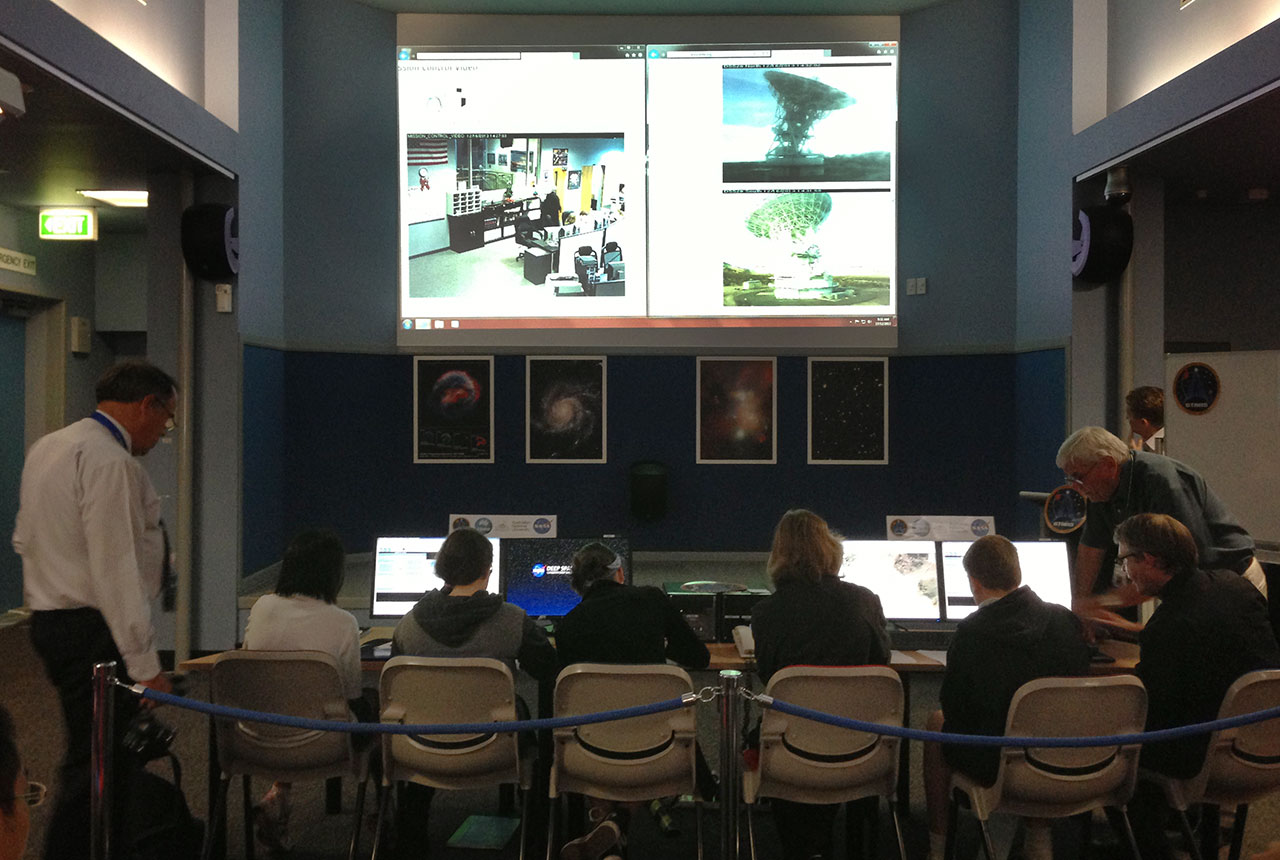 Using a browser-based program, the students could control the NASA dish and receive radio emissions from objects three-quarters of the way across the universe.

Thanks to a grant from the ACT Government’s Economic Development Directorate, and a partnership between the CSIRO’s Canberra Deep Space Communication Complex (CDSCC), the ANU Advanced Instrumentation and Technology Centre, and the ACT Education and Training Directorate, this pilot demonstration of the STARS program was the first step in a project to build a permanent ‘control room’ for students and teachers at CDSCC and through the work of university level engineering students, to use Deep Space Station 46, the iconic 26 metre dish which is best known for its role in returning the first images of Neil Armstrong walking on the Moon in July 1969.

Speaking on the STARS Program, the CSIRO Director for CDSCC, Dr Ed Kruzins said, “This program will celebrate Australia’s contribution to space science and engineering and help develop the skilled workforce we need to realise future opportunities. In the future we hope to see this iconic Australian antenna dish active once again and contributing to new discoveries made by the next generation of space explorers.” 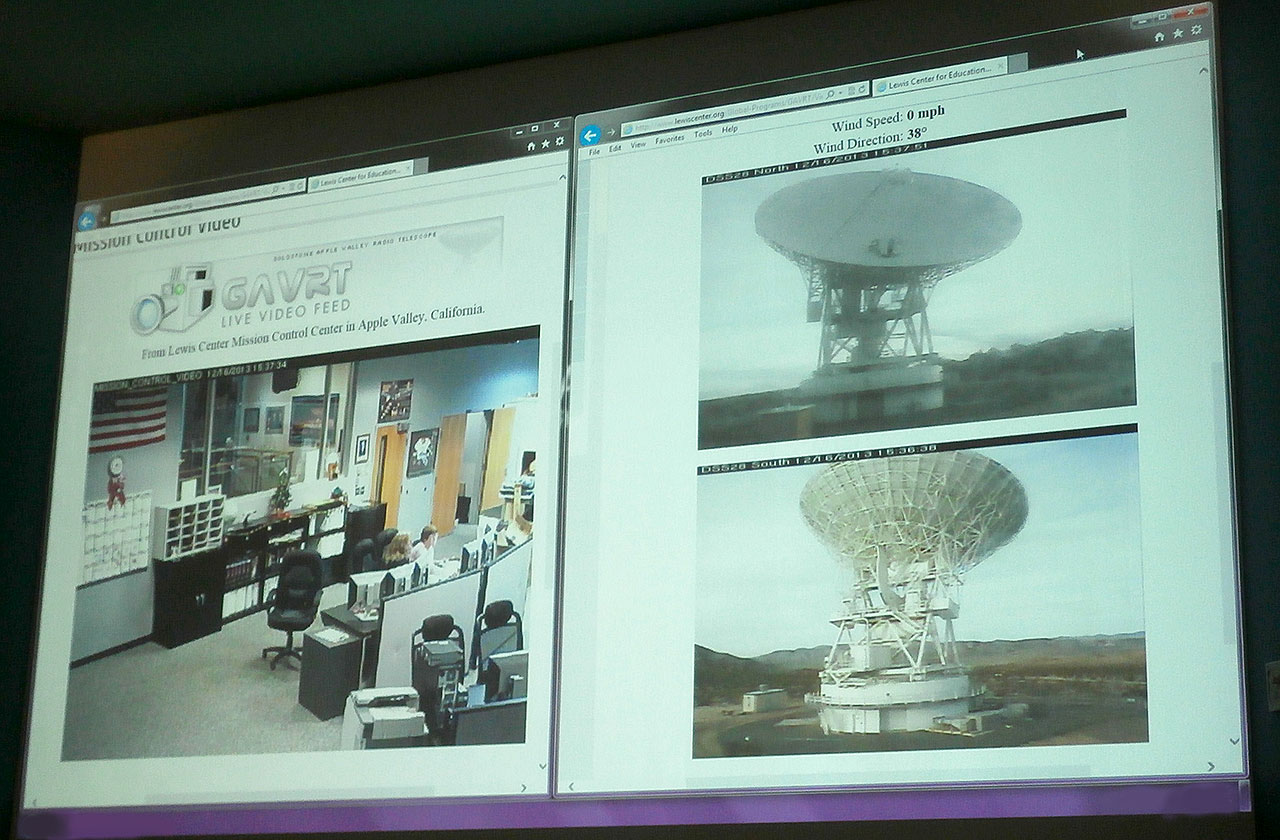 On the big screen the students could interact with facilitators at the GAVRT centre in California, and watch the antenna they were controlling move in real-time.

The STARS program will help engage students in science and engineering at secondary school and provide industry-focused training for undergraduate engineering and science students. “It is important that students see the relevance of what they are studying and connect with a future study and career path. We hope this program will help address the future skills shortage identified by our Chief Scientist and groups like Engineers Australia, and boost Australia’s competitiveness in the innovation sector. We need to inspire students to study Science, Technology, Engineering and Mathematics (STEM) at secondary school for them to aspire to Science and Engineering courses at university.” said Dr Naomi Mathers, Industry Liaison Engineer, ANU AITC.

Following the success of this intial demonstration program, the next step is completing the construction of the new education ‘control room’ at CDSCC and with that the commencement of ongoing programs from mid-2014.

Previous post:
SolarGas is ‘Delhi-cious’
Coming up next:
More interior photos of RV Investigator to tantalise!