Sticking it to weeds

Sticking it to weeds

CSIRO has developed a new biodegradable weed mat which could put a stop to nasty weeds and transform the future of Australia’s agriculture and farming industries.

Made from linseed straw, the CSIRO mat is 100 per cent organic, and unlike conventional black plastic matting, completely biodegrades.

The mat has been developed as part of the Australian Government’s National Weeds and Productivity Research Program, managed by the Rural Industries Research and Development Corporation (RIRDC).

Sixty million square metres of plastic weed mats are used in horticulture, gardens and parks, and homes across Australia each year but most will never completely decompose, according to environmental consulting group AgEconPlus, a partner in the research program.

Recent trials of the CSIRO weed mat showed that it safely biodegrades. Tests also show that because the linseed material retains moisture, the soil under the mat stays healthy and encourages worm activity.

The matting is made using high pressure water jets tha link the fibres together to form a compact fabric. Researchers believe it could also be made using other agricultural waste materials, such as hemp or banana fibre.

Preliminary testing by CSIRO Materials Science and Engineering in Geelong showed that the weed mat degraded over a few months, allowing the mat to be absorbed into the soil.

“Other benefits of the weed mat were that it effectively retains moisture, allows rainfall to soak into the soil, reduces evaporation, and boosts beneficial worm activity,” Research Program Leader Dr Stuart Lucas said.

“We believe the CSIRO mat will encourage much healthier soil. Unlike other black polyethylene weed mats, which can remain underground for years, the CSIRO mat is made from plant material and will disintegrate and compost into the soil at the end of its life,” he added.

CSIRO Researcher Dr Malcolm Miao said that the technology could be a major benefit to growers involved with organic and biodynamic production across the horticultural sector as well as manufacturers and suppliers of agricultural and garden products.

“In addition to weed mats, this type of fabric may have a number of other end uses which could potentially benefit other industries. For example, we feel this fabric could be used to create the eco shopping bags of the future, minimising the use of synthetics which reusable shopping bags are currently made from,” he said. 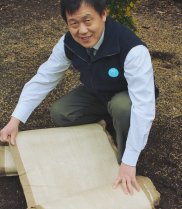 The weed mat was one of more than 50 research projects funded under the National Weeds and Productivity Research Program, which ended on 30 June 2012.

The RIRDC Weeds Program invested A$12.4 million in research aimed at improving the knowledge and understanding of weeds, as well as providing land managers with new tools to control weeds and reduce their impact on agriculture and biodiversity.

The biodegradable weed mat development requires further trialling to establish broad acre applications for a range of crops. It is not commercially available at this time.

END_OF_DOCUMENT_TOKEN_TO_BE_REPLACED 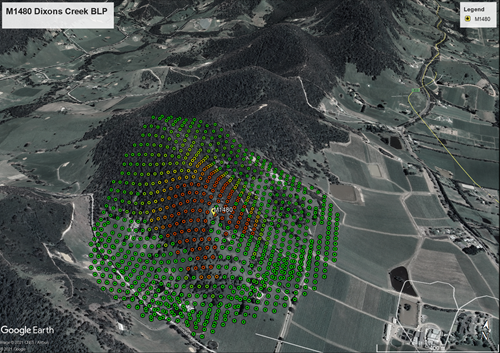