Sex lives of reptiles could leave them vulnerable to climate change

Sex lives of reptiles could leave them vulnerable to climate change

Sex reversal in reptiles is widespread and a powerful evolutionary force. 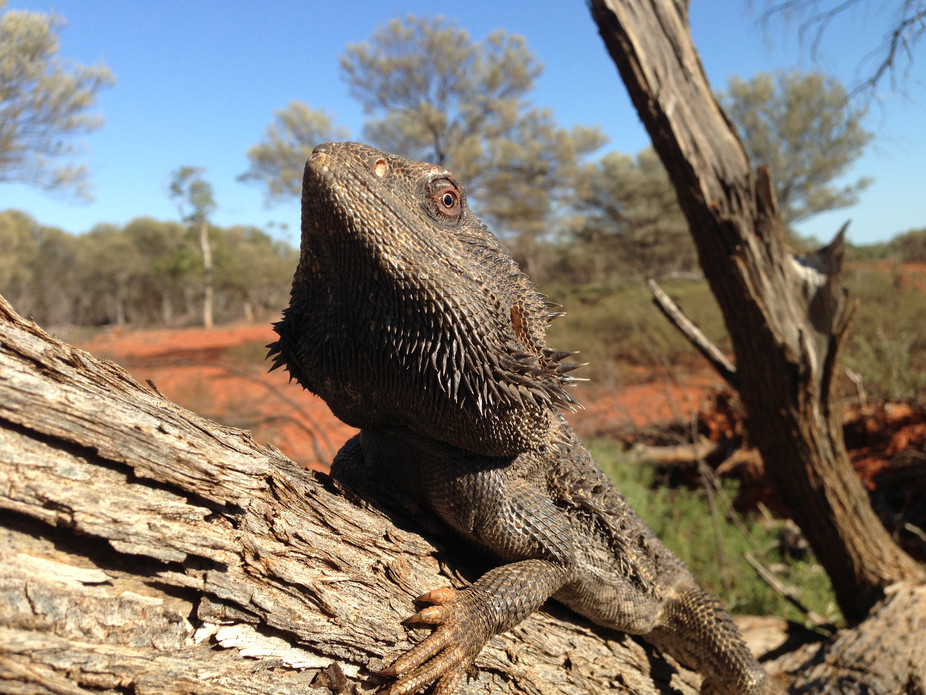 Bearded dragons can be genetically male but look like and function as females. Arthur Georges, Institute for Applied Ecology, University of Canberra, Author provided

Bearded dragons can be genetically male but look like and function as females. Arthur Georges, Institute for Applied Ecology, University of Canberra, Author provided

We are only just starting to appreciate the full sexual diversity of animals. What we are learning is helping us understand evolution and how animals will cope with a changing world.

This raises important questions about how reptiles will survive in a warming world.

Xs and Ys, Ws and Zs

In humans, sex chromosomes determine if an embryo’s physical sex is either male (XY) or female (XX).

Reptile sex determination is more complicated. Some species, including snakes, use sex chromosomes like humans do. But in other species, such as crocodiles and marine turtles, sex is determined by the temperature the eggs are raised in.

We’ve recently come to realise that many species use a combination of both. When the temperature sends opposite signals to the embryo’s sex chromosomes, sex reversal is the result. For these lizards, the sex chromosomes don’t match their physical appearance and reproductive function.

The central bearded dragon (Pogona vitticeps) is probably the best-known example of reptile sex reversal. Its sex chromosomes are named Z and W.

Male dragons have two Z chromosomes and females have a Z and W. Female dragons normally produce roughly equal numbers of male (ZZ) and female (ZW) offspring. But when the eggs are incubated in a hot environment (greater than 32℃), more females than males hatch. Some of these females from hot nests are sex-reversed.

Sex-reversed females are fully functional. In fact they produce twice as many eggs as females with female sex chromosomes. This suggests that sex reversal might actually be an advantage in this species.

Another fairly well-understood example from Australia is the eastern three-lined skink (Bassiana duperreyi).

In this species males are XY and females are XX. Although these chromosomes share the same name, they aren’t the same as those found in humans. They have arisen independently and use different genes to trigger male and female development.

In this skink, females (XX) can reverse to males, but at cool incubation temperatures, a phenomenon we’ve observed both in the lab and in a wild alpine population.

Sex reversal can have major effects on the behaviour of an individual. Male-to-female central bearded dragons are bolder than males and females with matching sex chromosomes. This may help them find food and mates, but at the same time exposes them to predators.

Not all lizards lay eggs. Sex reversal caused by temperature is also thought to occur in species that give birth to live young, such as Tasmania’s snow skink (Niveoscincus ocellatus). In live bearers, sex reversal is caused by the environmental temperatures that a mother experiences during pregnancy.

We believe that sex reversal is widespread in reptiles. Emerging evidence suggests that environmentally induced sex reversal may also be common in fish and amphibians, playing a role in evolution of new species and having serious implications in rapidly changing environments.

We suspect the reason no one has yet fully appreciated the role of sex reversal in reptiles is because much research has focused on mammals and birds, where sex reversal is usually caused by mutations that affect gene expression during embryonic development. This has created the false impression that sex reversal is harmful to an individual.

An obvious question of deep concern is whether climate change could cause extinction by reversing the sex of entire populations. For temperature-sensitive species like the bearded dragon, crocodiles and marine turtles, is the future a warmer world without males?

The answer will be different for each species. Reptile survival under climate change depends on the answer to several questions.

Can the species control when and where they nest? How quickly are environmental conditions changing? Can the temperature at which sex reversal occurs change?

Each species will face a unique path as we experience an uncertain and changing environment. Some paths will undoubtedly lead to extinction, but others may utilise flexibility in sex-determination strategies to survive.

Previous post:
Cheers! To outstanding science at the 2016 CSIRO Awards
Coming up next:
From meat myths to magpies: our most read blogs of 2016