Finders keepers! What our Investigator found on its Coral Sea journey

Finders keepers! What our Investigator found on its Coral Sea journey

RV Investigator has returned to port after a voyage of discovery in the Coral Sea. Researchers uncovered rocks, coral, volcanoes and a potential shipwreck. 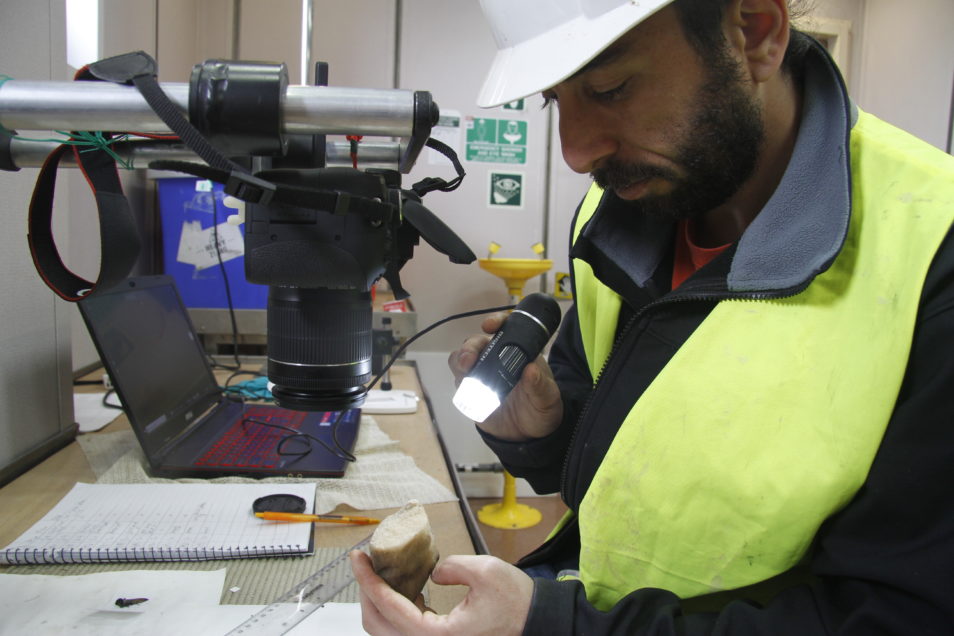 Earlier this week, our research vessel Investigator returned to port in Brisbane after a 28-day voyage of discovery in the Coral Sea.

The researchers onboard were mapping and collecting samples from two chains of volcanic seamounts which run parallel to the east coast of Australia. The team, led by Chief Scientist Associate Professor Jo Whittaker from the Institute of Marine and Antarctic Studies, were looking to better understand how the seamounts were formed. This research could contribute to figuring out how Australia and the Pacific Islands were formed many millions of years ago.

On the way, the team on board discovered deep-sea corals, historic shipwrecks and everything else in between!

The Contiki Tour we all wanted to go on

The voyage covered over 8000 km in the waters of Australia, Papua New Guinea, Solomon Islands and New Caledonia. During that time the 35 scientists onboard completed 55 rock dredges and collected over 650 rock samples, including from depths of up to 4500 m. A rock dredge is where a large bag made of metal chain links attached to a heavy frame is lowered into the ocean to collect rock samples.

“Understanding the formation of the seamounts and the plateau they start with will give us a better understanding of similar features on land and what impact they might have on resource development,” Associate Professor Jo Whittaker said.

“The rocks we collected will provide materials to study for many years to come.”

Along with the rock samples, corals were also collected, identified and catalogued. But it wasn’t so easy to do.

Jeremy Horowitz from James Cook University knows a lot about coral. But when it comes to coral from the deep-sea, he and a lot of other experts are stumped. 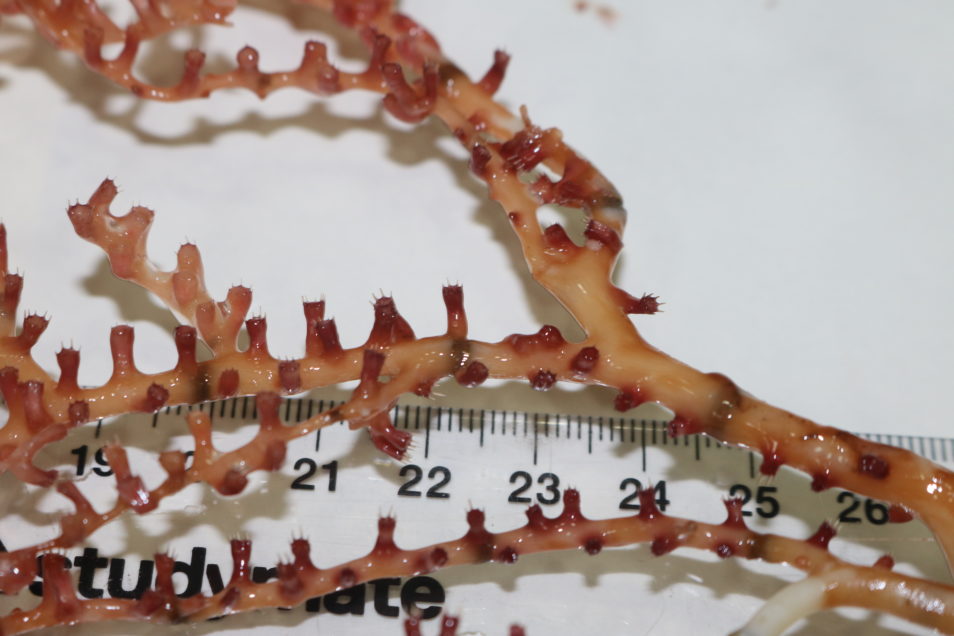 Deep-sea coral, for all intents and purposes, comes from anywhere that sunlight doesn’t reach. This is where some of the more challenging finds came from.

“What we know about coral and biodiversity has a bias toward the easy to access areas,” Jeremy said.

“Those places that are harder to survey, such as the deep-sea, have much less known about them and a way to help protect all biodiversity is to survey all areas.”

To help identify some of his finds from the voyage, Jeremy has had to send images to experts around the world, including the Smithsonian in Washington. They may well be new species never found before.

Looking through the glass (coral)

International links and collaborations are common on Investigator voyages. The ship creates a hub that brings together scientists, researchers and students from around the world.

Jeremy, who grew up in New York, joined the voyage to the Coral Sea specifically to catalogue coral and biological samples. He also preserves small sections of these samples for DNA testing.

Perhaps the most intriguing specimen Jeremy has encountered so far has been a large dense glass sponge. Glass sponges are hard to describe at the best of times but even more so when they are collected from the deep-sea! Basically, they are animals found in the deep sea and their tissues contain glass-like structural particles, called spicules, that are made of silica. 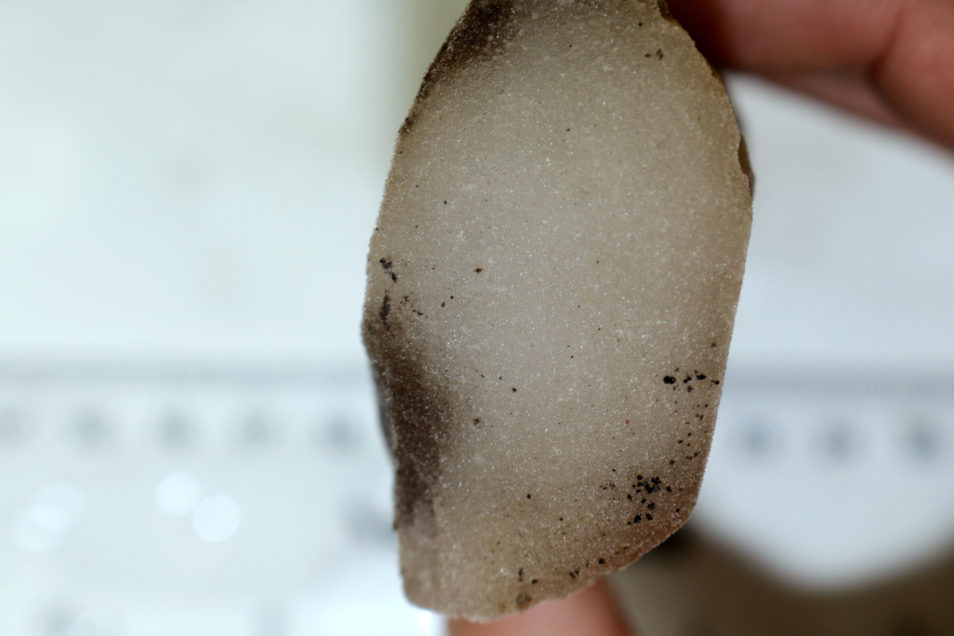 The most well-known glass sponges are made up of a lattice-like framework which forms delicate ‘fingers’ reaching out into the water. This is not at all like the glass sponge Jeremy discovered on this voyage.

“What is less well known are these dense glass sponges which are made from pure silica.

“They were first mistaken for bone, like whalebone, because they were so big, dense and hard. They don’t resemble sponges at all.

“We sent an image to an expert at the Queensland Museum and he confirmed that this was something that they rarely find alive. Plus it was highly likely to be a new species.

Another haul from the deep produced large pieces of ‘precious coral’ which are black on the outside but intensely pinkish-red inside. The coral, which is also found in the Mediterranean Sea in shallower waters, has been used for jewellery since the times of ancient Egypt.

“There is not a lot known about how many species of precious coral there are and where they are found,” Jeremy said.

“They are harvested so they need to be managed properly. To manage them we first need to know their abundance and distribution.” 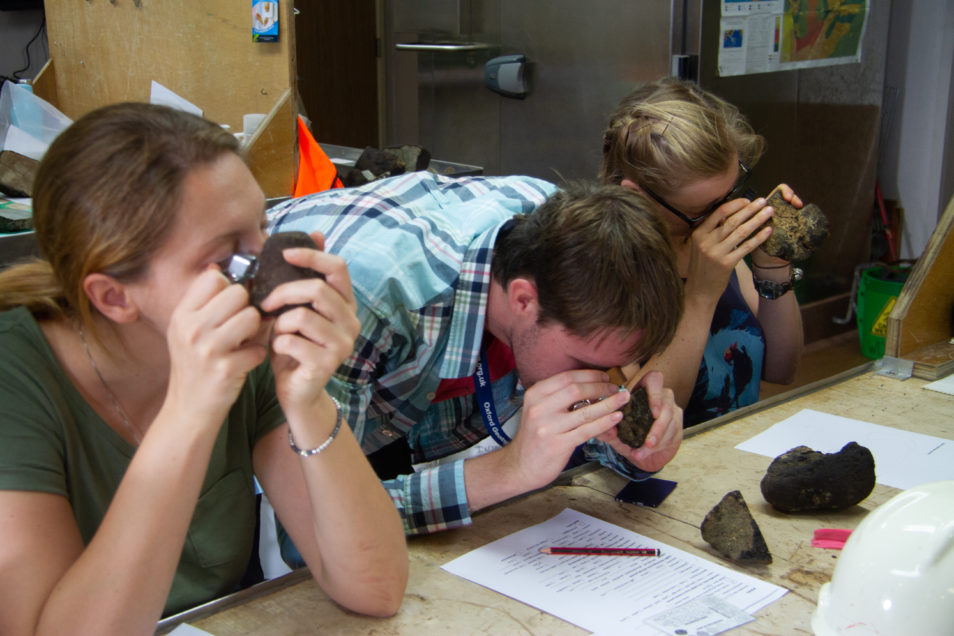 Plenty of ships in the sea

There might be heaps of coral in its namesake sea, but there is one discovery that has warmed the hearts of researchers.

Another James Cook University scientist onboard Investigator has led a team that thinks they may have discovered the wreck of the WWII US oil tanker USS Neosho. Neosho was sunk defending Australia in the Battle of the Coral Sea. The ship was hit seven times by Japanese aircraft as the US worked with Australia to defend against the Japanese advance. The possible location of the wreck was found near the tanker’s last reported position in the Coral Sea, at nearly 3 km deep. The survey was also Investigator’s deepest-ever targeted wreck survey.

The Coral Sea marine park contains over 45 known shipwrecks. The data from this discovery will help inform future management activities and protect the heritage values of this significant offshore marine environment.

A collaborative voyage of discovery that’s all in month’s work for RV Investigator.

Sail away with more of the Investigator

Previous post:
Health and sustainability market could be worth $25 billion to Australian producers by 2030
Coming up next:
Our low-carb diet: scientifically proven and not a passing fad

END_OF_DOCUMENT_TOKEN_TO_BE_REPLACED 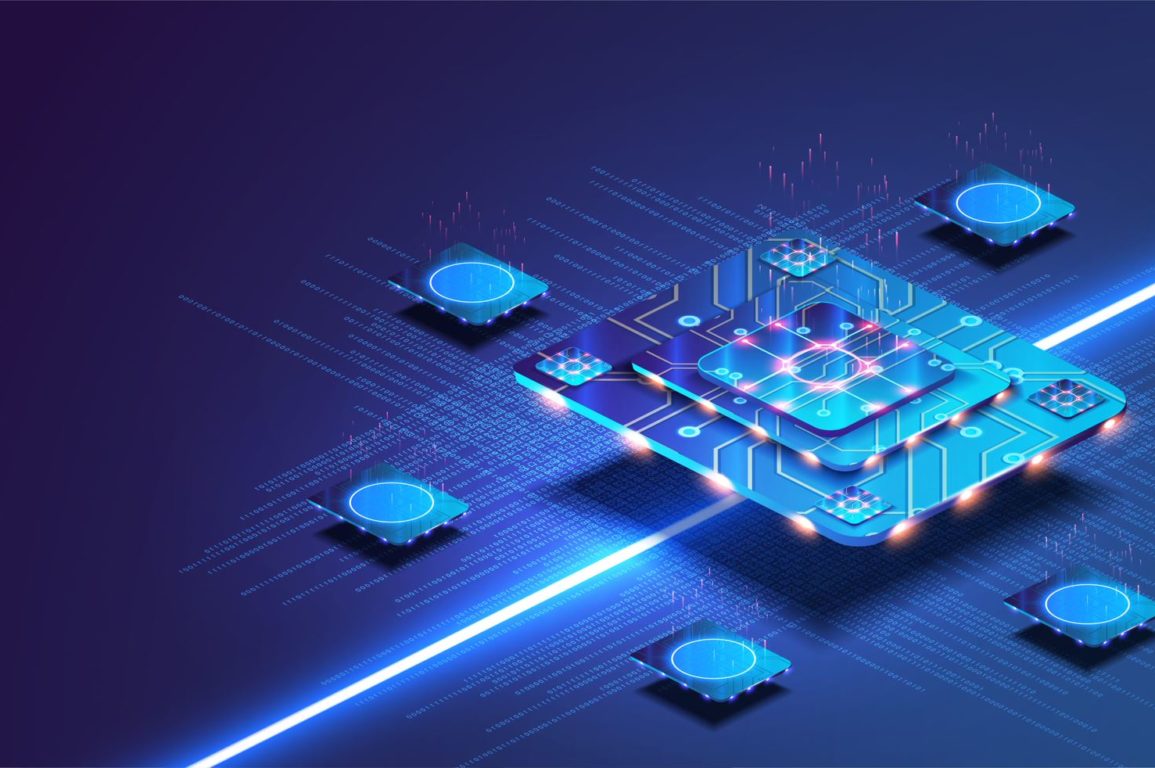