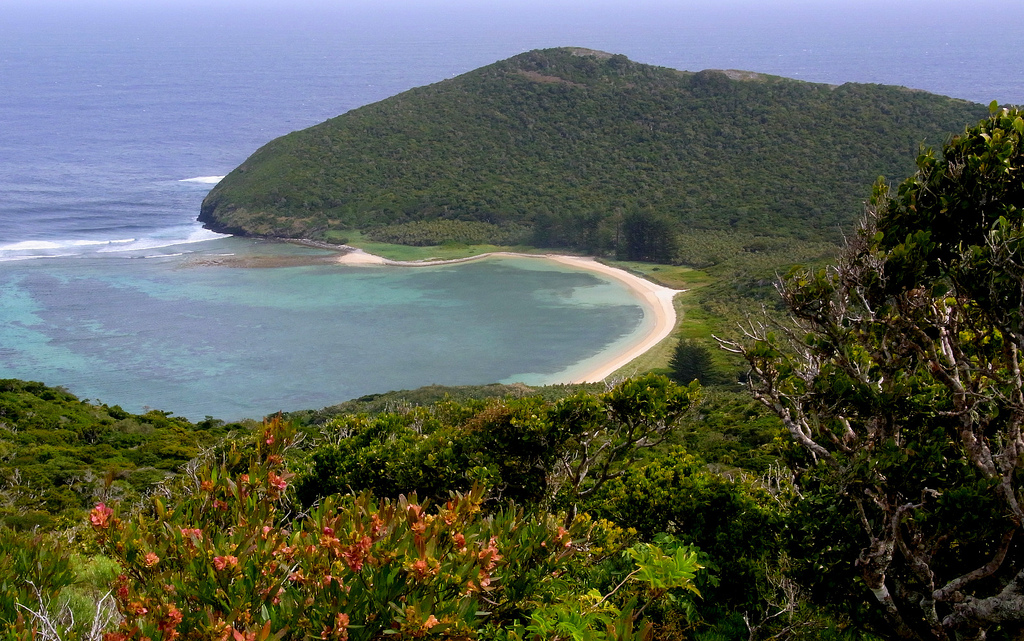 Could Lord Howe Island’s natural beauty be under threat by daisies? Image: Flickr/Poytr

If you’ve been lucky enough to visit Lord Howe Island, you’ll understand why so many people call it the last great paradise.

Just a short flight from the east coast of Australia, the volcanic island is surrounded by the world’s cleanest and clearest ocean, making it a popular spot for snorkelers, divers and surfers alike. Some say taking a dip in it’s pristine waters is just like swimming in an aquarium. 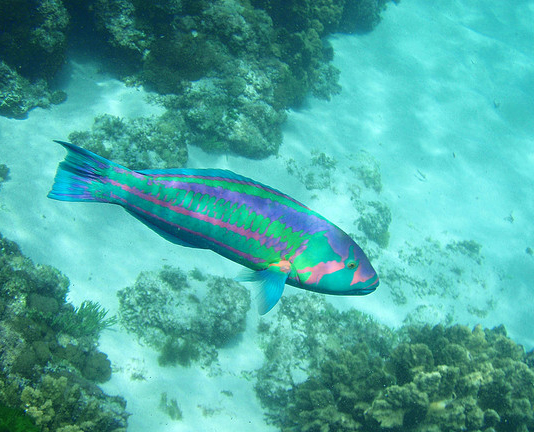 The parrotfish, one of Lord Howe Island’s many unique critters. Image: Flickr/Percita

With more than 500 species of fish and 90 types of coral, Lord Howe Island joined the likes of the Stonehenge and Great Barrier Reef as a World Heritage Listed site in 1982.

But today, the island is being threatened by unwanted pests like rats, African ant species and the troublesome, fast-spreading crofton weed.

As a member of the daisy family, you might mistake the crofton weed for a sweet and harmless flower. But in reality, the plant is spreading out of control, endangering the rare native fern and herb communities that make Lord Howe Island so unique.

The nasty crofton weed produces between 10,000 and 100,000 seeds per year – each about the size of a sesame seed – which are rapidly scattering across the island. And since the weed is growing in inaccessible areas, it’s difficult to control using regular techniques like herbicide applications or cultivation.

Luckily our resident plant pathology expert, Louise Morin, is on the case. With the help of scientists from South Africa, who also face similar problems with crofton weed, Louise and her team have found a rust fungus that naturally infects crofton weed in Mexico. 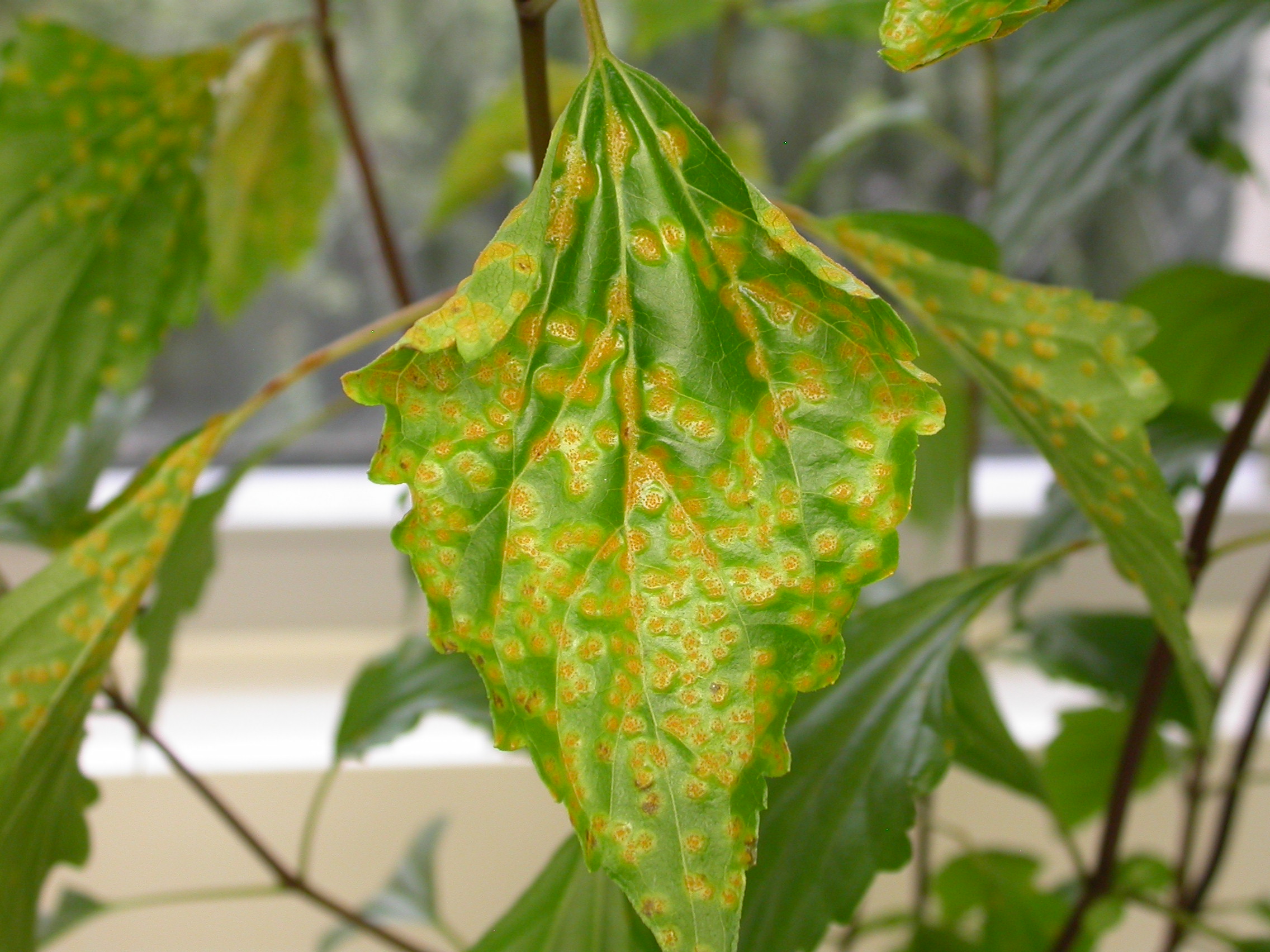 Not all biological control agents are successful though. Some can even become pests themselves, like the cane toad which was introduced to Australia from Hawaii to stop cane beetles from destroying sugar cane crops in North Queensland. Unfortunately the toads couldn’t control the beetles, and have since spread rapidly across the country.

To avoid this problem today, biological control agents must go through an intense approval process before being released in Australia.

After importing the fungus into our quarantine facility in Canberra, Louise and the team had to put the rust fungus under a series of tests to ensure it wouldn’t damage our native flora or agricultural stock. They found that the rust could cause severe damage to crofton weed, while leaving other valued plant species unharmed. The fungus was then assessed by federal, state and territory governments to ensure it met quarantine and biodiversity conservation requirements, and was approved for release. 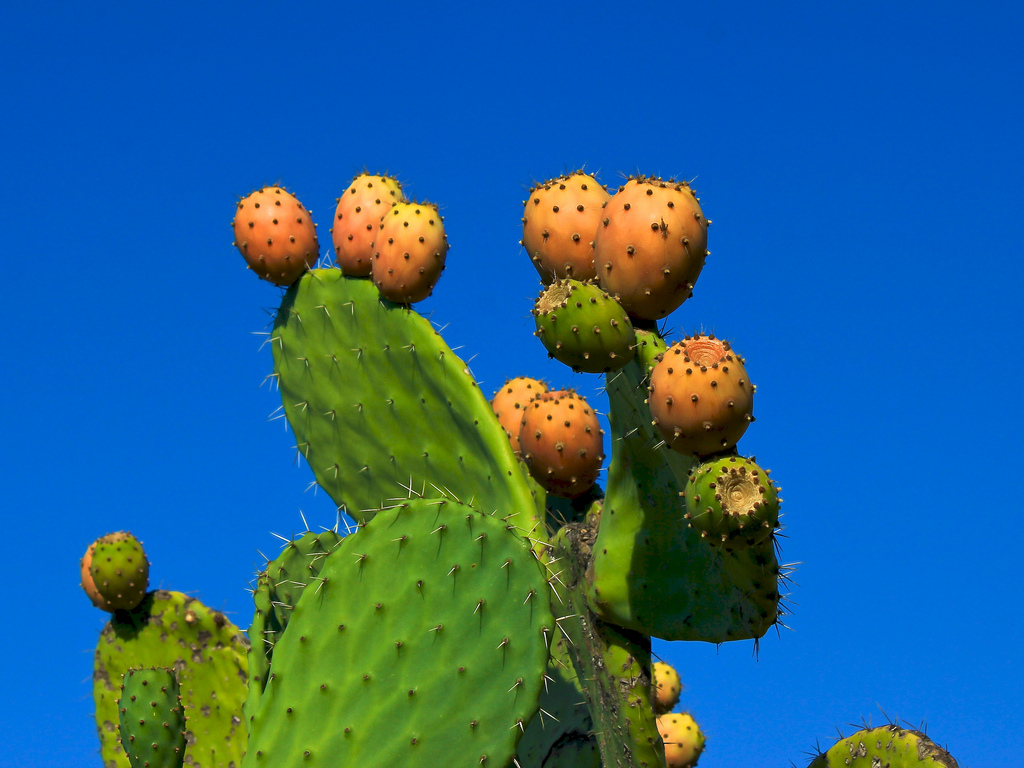 The nasty Barbary fig was the first weed to be biologically controlled on Aussie soil. Image: Flickr/gerlos

Australians have been using biological control methods to manage invasive pests for more than 100 years. One of the first successes in the biological control of weeds was the use of the Dactylopius moth back in 1914 to combat the invasive Barbary fig. This noxious weed invaded over 24 million hectares of land – that’s around the size of the entire state of Victoria. It restricted the growth of plants and movement of grazing animals, lowering the value of many pastures across the country. The larvae of the moths ate the fig’s leaves and seed pods, destroying populations across the country.

Since then, biological control has been used to prevent a range of pests and weeds from threatening our natural ecosystems and biodiversity.

Louise and her team are now planning to release the rust fungus on the coast of mainland NSW, where crofton weed is a major problem. If successful, the fungus will be introduced on Lord Howe Island to help save the picturesque environment from being overrun by crofton weed.

This research was supported by the Lord Howe Island Board and the Australian Government through the Rural Industries Research & Development Corporation.

Previous post:
Looking back to the Big Bang with the SKA
Coming up next:
Fluffy feel, hard impact: Why fabric softener is amazing