No, our heading isn’t a misprint. We had an early start to National Science Week on Friday 9 August with a PULSE@Parkes observing session at the Parkes radio telescope with a group of keen Year 9, 10 and 11 students from nearby Parkes High School.

This was the first time we’ve held a PULSE@Parkes session actually in the telescope itself and it was a great opportunity for local students to get a hands-on observing experience at their local landmark. It follows on from our usual sessions in Sydney and our visit to Japan earlier this year. 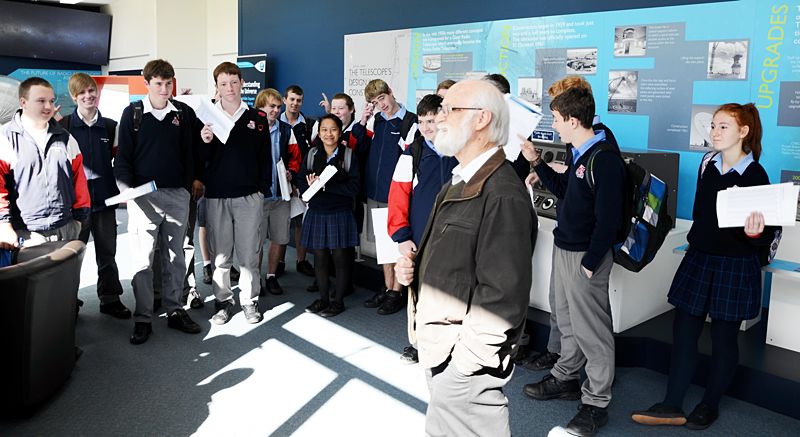 Project coordinator Rob Hollow gave an introductory talk about radio astronomy, the Parkes radio telescope and pulsars. Following this the students met former ATNF Director and CSIRO Fellow Professor Ron Ekers who told some stories about some of the key discoveries made using Parkes over the years. Professor Ekers was at Parkes to give a public talk about 80 Years of Radio Astronomy that evening. 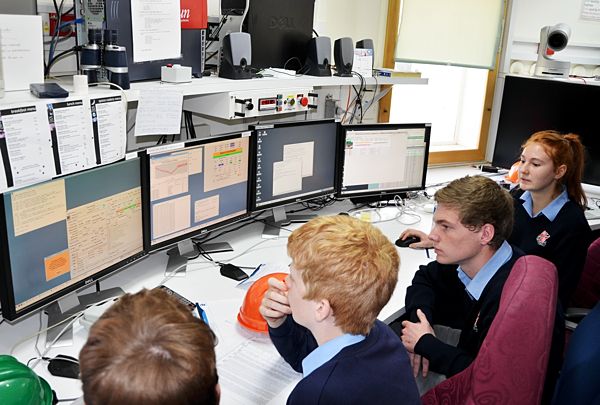 Then it was time to don hard hats and head over to begin observing in the Dish itself. Groups of 4 students at a time took control of the telescope under the guidance of Dr Ryan Shannon, a pulsar astronomer and PULSE@Parkes team member. Each team observed a couple of pulsars then moved to the adjacent room to analyse their data and determine the distance to the pulsars. They were assisted in this by visiting astronomers Professor Joel Weisberg and his student Carolyn Raithel from Carleton College in the US. The students had plenty of time to discuss astronomy and science careers with the astronomers throughout the session.

Each group also toured the Dish including the azimuth track and the junction room, under the guidance of Rob Hollow. They were able to see the structure of the dish up close and gain an appreciation of the scale and strength of it. 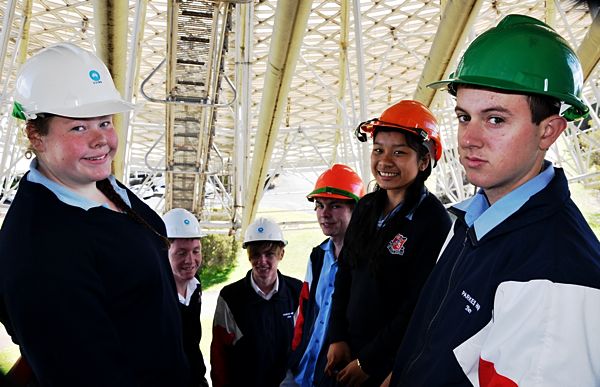 Students from Parkes High School exploring the Dish as part of their PULSE@Parkes observing run.

Students from Parkes High School exploring the Dish as part of their PULSE@Parkes observing run.

Following their observations and a lunch break they explored the displays in the Visitor Centre and viewed the 3D shows in the theatre. Overall the day was a great success. As one Year 9 student put it:

It was a brilliant experience!

As Parkes High School Physics teacher, Mel Olney who accompanied the students for the day commented:

Fantastic. Putting theory into practice is a great motivator. To see the students excitement when they saw the data from their pulsar was just uplifting and precious to see.  It was a teacher’s dream to see kids so motivated and enthusiastic. 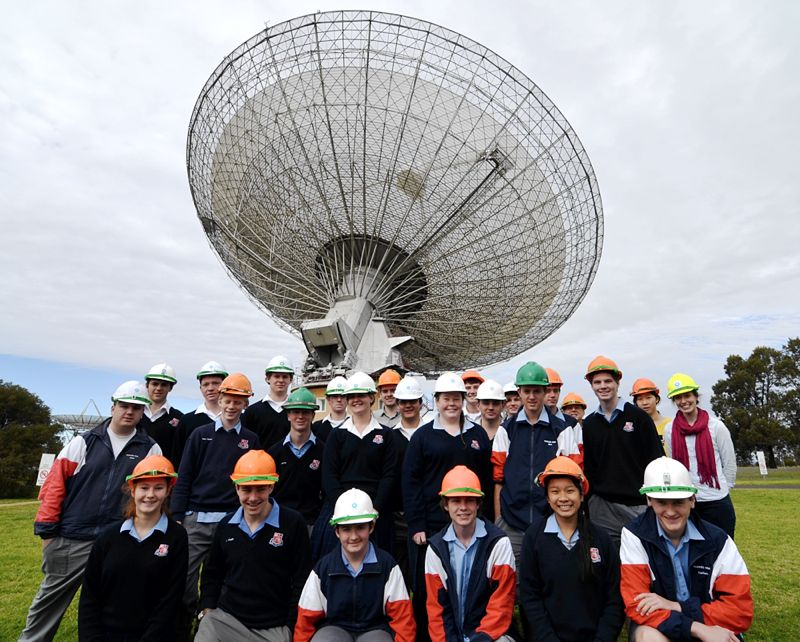 Parkes High School students and team members in front of the Dish.

Parkes High School students and team members in front of the Dish.

We are on the road again for our next session on Friday 13 September where we will have students from Geraldton schools observing at our new Murchison Support Facility.

Previous post:
Not making a splash – the skidding of RV Investigator
Coming up next:
Infographic: Nickel, the metal of (stainless) steel