Prize-winning scientist works with antimatter, to make substances that are bigger on the inside – and real

Prize-winning scientist works with antimatter, to make substances that are bigger on the inside – and real 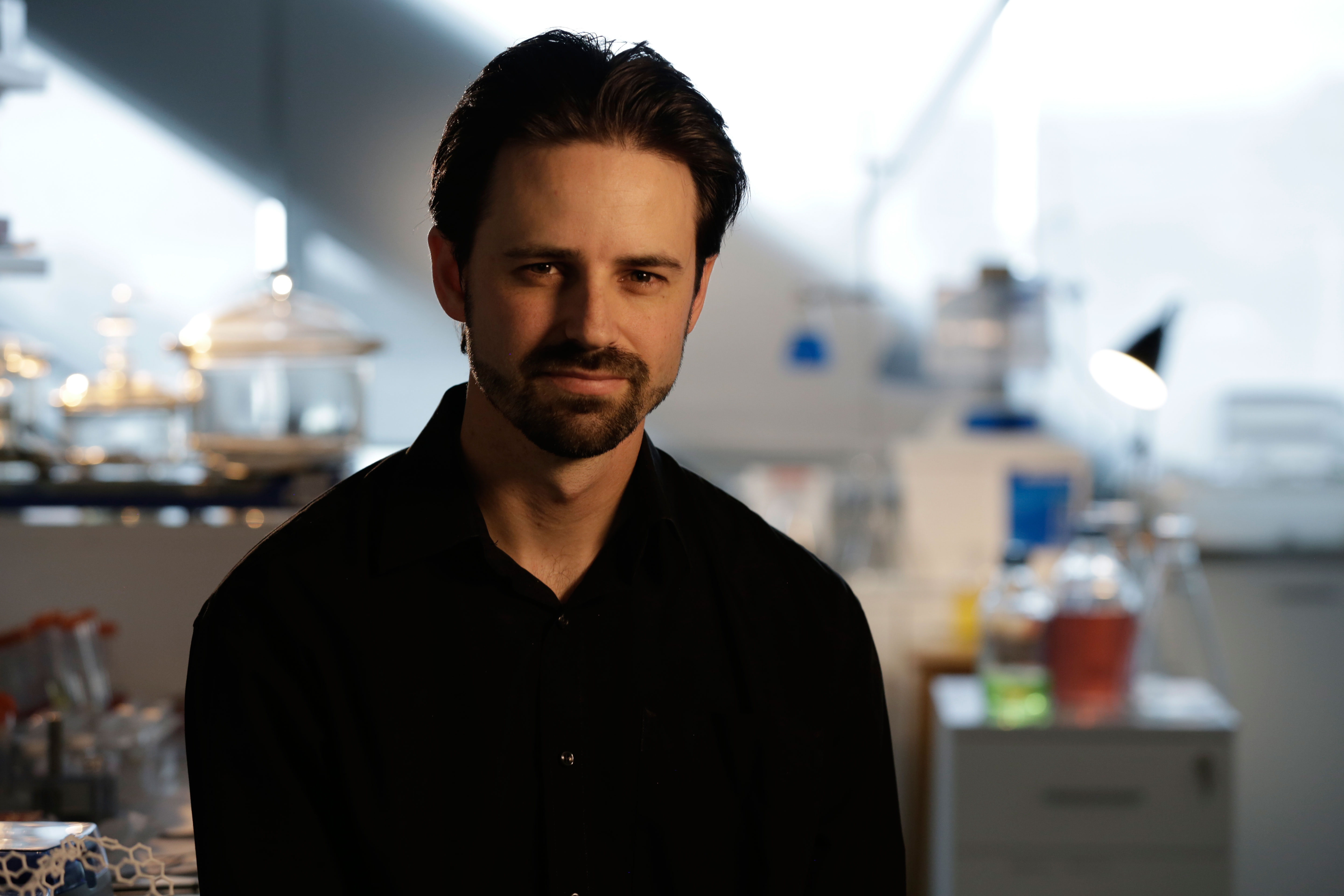 Matthew Hill’s work sounds as though it should be directed by George Lucas. The main difference is that it’s real. But a job where the tools of trade include the Australian Synchrotron AND antimatter still sounds like science fiction.

As do the results that come from it. Matthew has just been awarded the 2014 Malcolm McIntosh Prize for Physical Scientist of the Year (presented as part of the Prime Minister’s Prize for Science awards), for his work on Metal Organic Frameworks (MOFs).

These are networks of metal atoms that are linked and separated by carbon-based compounds. They’re incredibly porous – about ten times more so than any material discovered previously. Their internal storage capacity can be as much as 6000 square metres for a gram of material. That’s a whole football field, stored in a tiny space.

It doesn’t end there. They form as crystals, so their structure can be worked out precisely. And, because they can be made using a broad range of metals and organic compounds, it’s possible to construct a huge number of different structures with different characteristics. This means they can be designed to suit specific applications.

MOFs aren’t just for storing things, although they’re very, very, good for that. About forty per cent of the energy consumed by industry is used to separate things, whether it’s in natural gas production, mineral processing, food production or pollution control.

The first of these is well under way. Matthew and his team have developed a membrane embedded with crystals that efficiently separates natural gas from contaminants, and lasts much longer than traditional membranes. He’s working with gas companies to develop the patented technology that could replace the multistorey processing plants found on gas fields with smaller truck-sized systems.

Patented applications for the food industry are also in the works. And further down the track are carbon dioxide scrubbers; safe compact storage systems for gas and hydrogen; and even crystals that could deliver drugs or fertilisers on demand.

One big aim is for carbon capture and storage. Matthew says, ‘The energy-expensive part of carbon capture is in its release. So we teamed up with Monash and Sydney Universities to make a MOF that soaks up the CO2 part, and changes shape when concentrated sunlight shines on it. It wrings itself out like a sponge, and releases 70 per cent of the CO 2 it has stored.’

But just to show once again that truth can be stranger than fiction, here’s one of those ‘you couldn’t make it up’ stories. The Malcolm McIntosh Prize is awarded in honour of a former CEO of CSIRO, who sadly died in 2000. Matthew is married to the niece of Dr McIntosh.