We’ll she’s been honoured again, having just been presented with the Lawrence Sperry Award for 2014, from the American Institute of Aeronautics and Astronautics (AIAA). 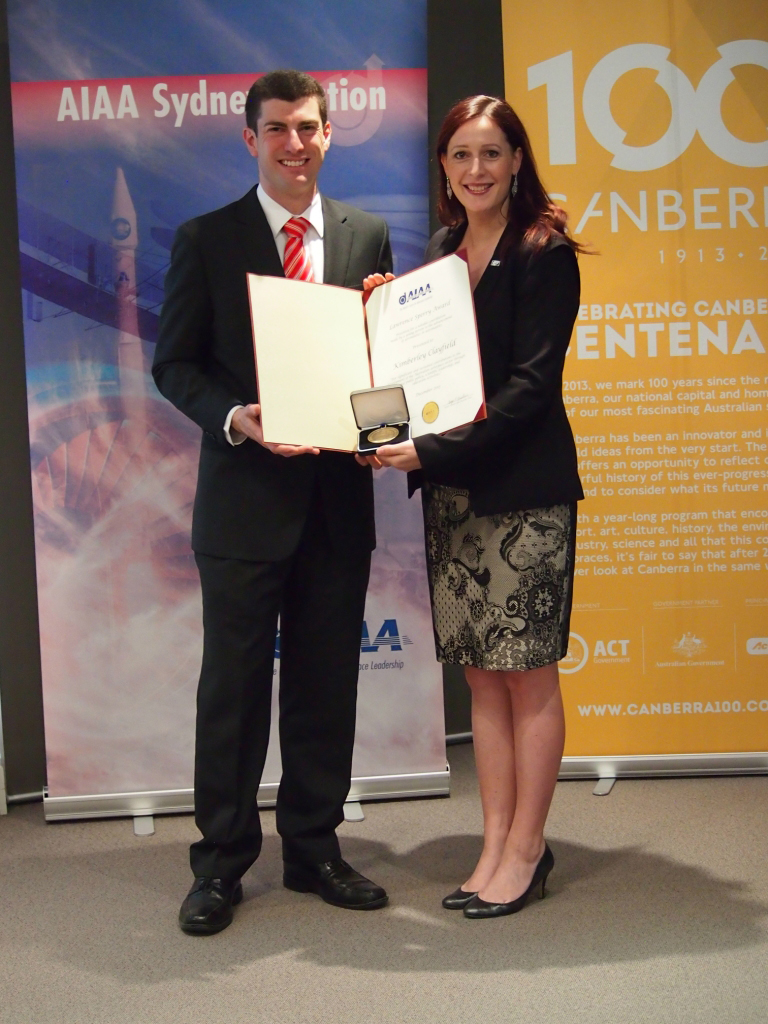 CSIRO’s Kimberley Clayfield is presented with her AIAA award.

The Award is presented for a notable contribution made by a young person, aged 35 or under, to the advancement of aeronautics or astronautics. According to Dr Michael West, the Sydney Chair of the AIAA, the award recognises her ‘significant and sustained contributions to the development of the Australian aerospace sector through national public policy development, scientific leadership, and educational activities’.

Well done Kimberley on your recognition!

The award is named after Lawrence B. Sperry, an aviation pioneer and inventor, who died in 1923 following a crash landing while attempting a flight across the English Channel.

Sperry was notable for his 23 patents related to aircraft safety and is credited with inventing the first autopilot, the seat pack parachute as well as retractable aircraft landing gear. He also developed core aircraft instrumentation that is still in use in planes today. You can read more about his pioneering and inventive exploits here.

Previous post:
Come and have a look at the General Purpose Wet Laboratory (clean)
Coming up next:
Sight saving science for the Torres Strait