Our ACES team aces it

Our ACES team aces it 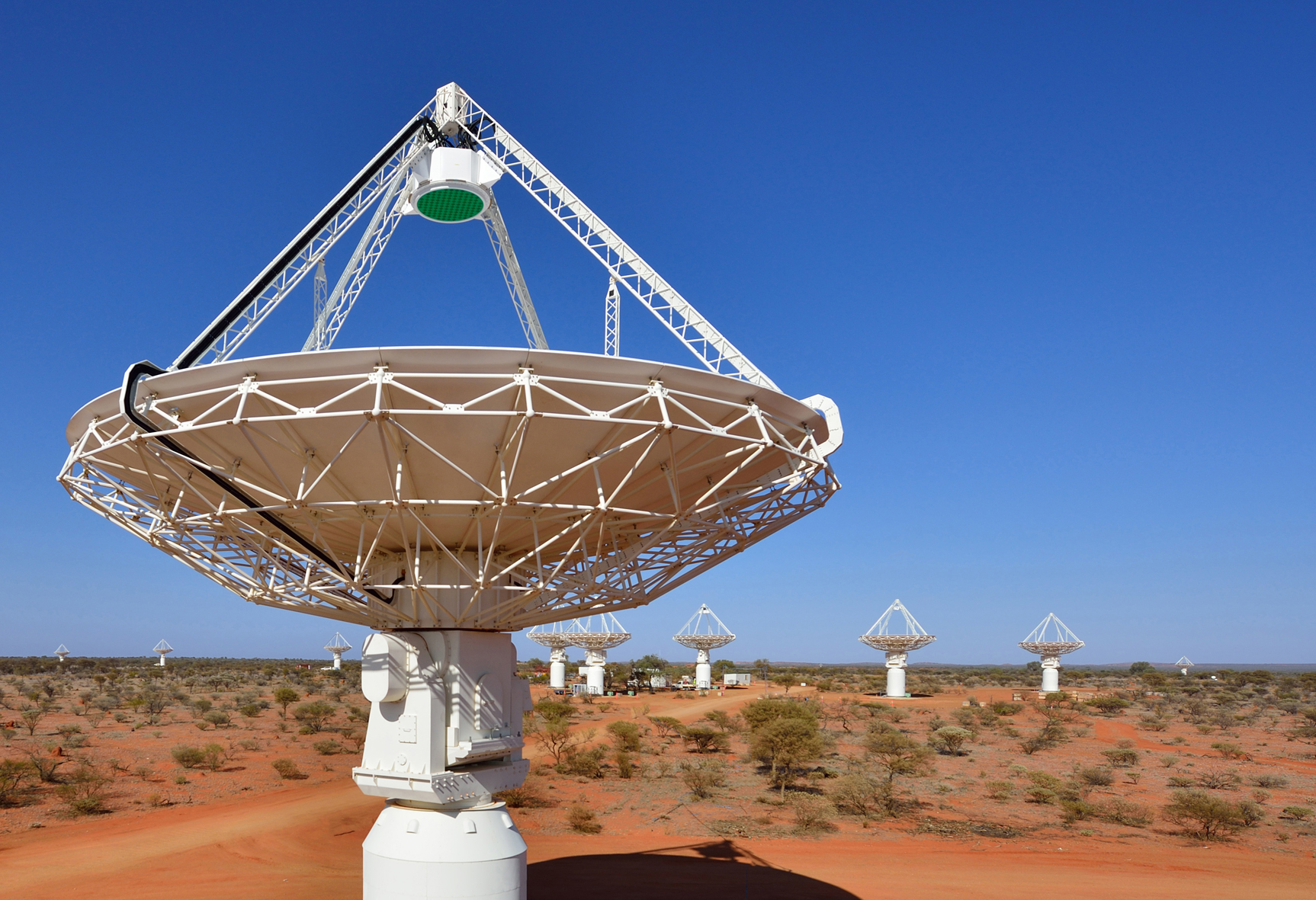 When our team saw what they’d done with our ASKAP telescope in Western Australia, they almost fell off their chairs.

After just a few months of commissioning, they have the telescope functioning like one that’s been around for years. (Well, almost.)

Think of the sculptor Michaelangelo. He started with a block of marble and, after hacking away, ended up with ‘David’.

There must have been a moment when he thought: “It’s a real statue now”.

A large marble statue of a naked man

From a hunk of stone to a hunk: Michaelangelo’s “David”. Source: Wikimedia Commons

The ASKAP Commissioning and Early Science (ACES) team has reached that point.

The proof? A couple of images that have blown astronomers’ minds. 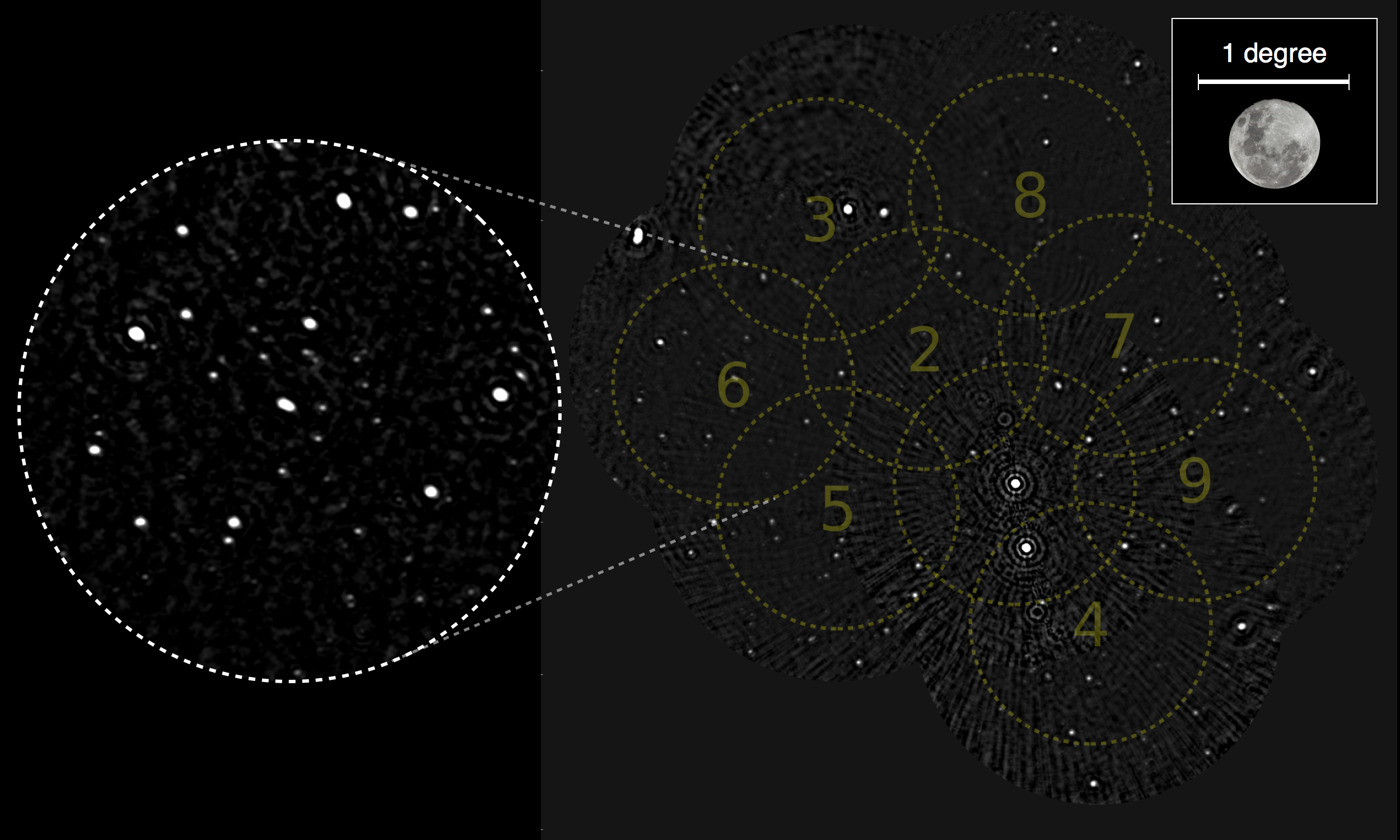 A 12-hour observation of an ASKAP test field, near the south celestial pole, showing a number of distant galaxies (the white dots). The Moon (which is about half a degree across) is shown for scale. The circles indicate the nine overlapping ‘beams’ (regions of sky the telescope ‘sees’) from which the image was created: the large circle is an enlargement of beam number 6, showing details of the radio sources. This image was made from radio waves with a frequency of 800 MHz. Credit: Ian Heywood and the ACES team / CSIRO

First, this image showing a number of distant radio galaxies (the white dots).

It was made from nine overlapping regions of sky, or ‘beams’, captured simultaneously.

To you, it may look like just … a bunch of dots. But hardened scientists were left speechless by the lack of imaging ‘artefacts’ in each ‘beam’.

They swooned over the dynamic range (50,000 to 1). And they were delirious over the size of the image, ten square degrees on the sky — 50 times larger than the full Moon.

(When ASKAP achieves its full 30-square-degree field of view, we’ll have to give them tranquillisers.)

As if that weren’t enough, a lovely image of the galaxy NGC 253 gave further cause for joy.

This one basically assures us that ASKAP is giving a proper ‘weighting’ to the different frequencies of radio waves that were used to make the image.

This is ASKAP’s first image of cold atomic hydrogen gas — the ‘fuel’ for making stars — in a galaxy. It’s essentially a snapshot, with the data having been taken over a mere 11 hours. It stacks up extremely well against an image made with a much longer observation time on our trusty Compact Array telescope.

“We did it so easily,” said one astronomer. “Everybody was dancing.” 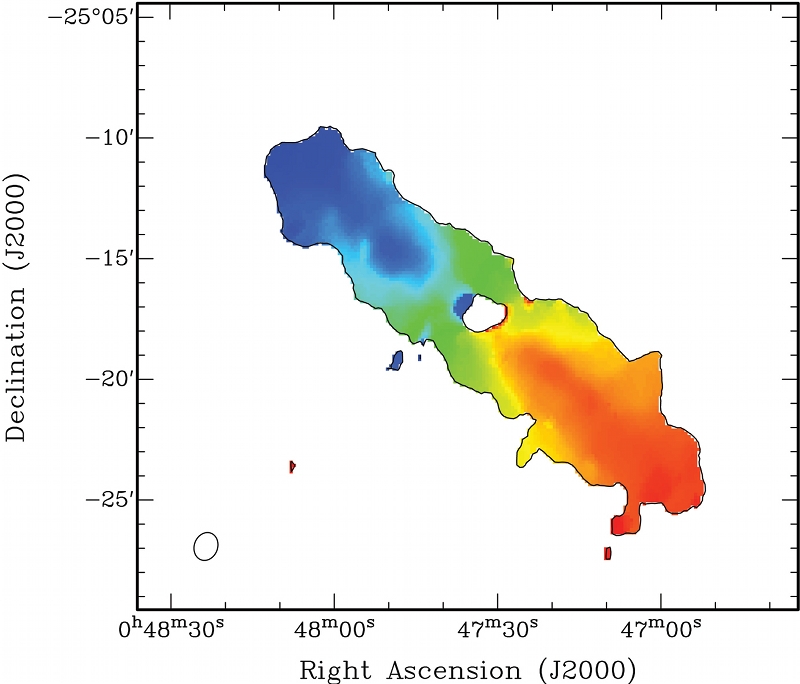 The ASKAP ‘snapshot’ of the galaxy NGC 253, imaged over 11 hours. The galaxy was observed at 1.4 GHz, the frequency of the radio waves emitted by cold atomic hydrogen gas. The ‘hole’ in the centre of the galaxy is a region where radio emission is absorbed by the overlying gas. The colours represent information about the velocity of the gas, and show that the galaxy is rotating: the blue regions are moving towards us and the red regions are receding. Credit: Paolo Serra and the ACES team / CSIRO

After you’ve built a telescope, you can’t just flip a switch and have everything work perfectly, first time.

Commissioning is the process of getting all the complicated telescope systems to work together properly, and understanding the characteristics of the data the telescope produces.

ASKAP incorporates novel technology, such as the phased array feeds and the third axis of rotation. It takes a while to ensure that these systems are operating as planned.

In fact, it is ASKAP’s two new features that are delivering the goods.

As the telescope tracks radio sources, the third axis of rotation keeps the phased array feed in a fixed orientation to the sky. And, as we’ve explained elsewhere, that helps make really high-quality images.

As the ACES team leader Dr Dave McConnell said, “We’ve never had a telescope like this before”.

People at work in a large open office space.

The importance of being earnest: the ASKAP Commissioning and Early Science (ACES) team at work.

Previous post:
Banking on a good night’s sleep
Coming up next:
Investigator covered in pyjama stripes!